Here's What NFL Fans Get for Free When Their Team Wins 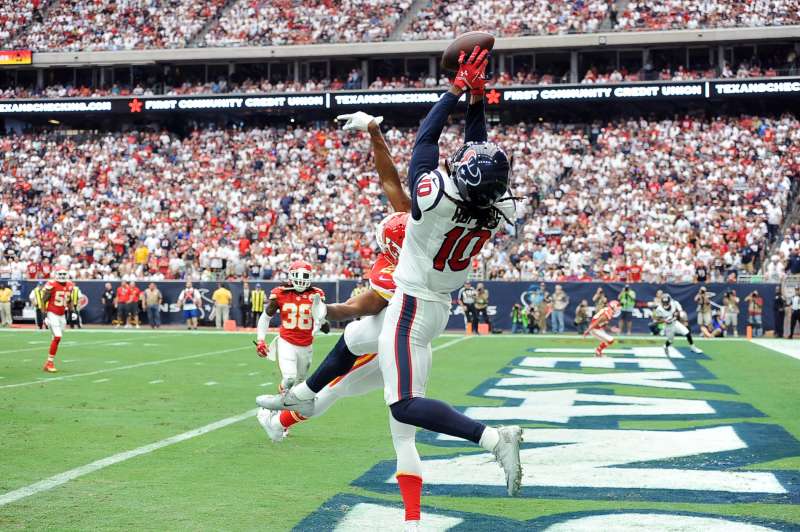 Free slushes, free chicken nuggets, free burgers, free tacos, free coffee, and lots and lots of half-price Papa John’s pizza are up for grabs this NFL season, thanks to promotions from team sponsors around the country. We conducted a comprehensive roundup of special deals tied to NFL team victories—and in some cases, other achievements on the field—in order to help consumers partake of discounts and freebies that pop up weekly.

Arizona Cardinals
The day after the Cardinals win, drinks and slushes are half price at Sonic restaurants in the Phoenix area.

Atlanta Falcons
Among other promotions from Falcons sponsors, Papa John’s discounts orders by 50% with the use of the code “FALCONS50,” and Kauffman Tire, a chain in the Southeast, knocks off $40 the price of a set of tires for each quarter the Falcons score. In other words, if the Falcons score in each of a game’s four quarters, customers get a $160 discount on a set of tires the day after.

Baltimore Ravens
It’s another Papa John’s special: 50% off the entire order after the Ravens win, with the use of the code “RAVENS50.” Valid in the Baltimore area only.

Carolina Panthers
When the Panthers score at least 20 points in a game, use the code PANTHERS20 for (you guessed it) 50% off orders the day after the game at Papa John’s. Other Carolina Panthers promotions include a deal offering a dozen donuts at Krispy Kreme for only $3.99 on the Monday after a Panthers victory. Only valid at participating area locations, of course.

Cincinnati Bengals
Download the Dunkin’ Donuts mobile app and you’ll get a mobile coupon good for a free medium hot or iced coffee the day after all Cincinnati Bengals home wins this season. The offer is valid in participating DD locations in Ohio, northern Kentucky, and southeastern Indiana. Papa John’s orders are 50% off the day after each Bengals victory as well, with the code “BENGALS50.”

Cleveland Browns
In addition to a few other area promotions for Browns fans—for example, spend $8 at DrugMart, get $10 voucher good for concessions and merchandise at the stadium—fans get 50% off regular prices at Papa John’s the day after a Browns victory (code: “BROWNS50”),

Chicago Bears
Use the code “BEARS” for online orders for 50% off the regular price of your entire order at Papa John’s. The deal is valid the day after the Bears win, at participating Papa John’s in the Chicago metro area.

Dallas Cowboys
Customers in the Dallas-Fort Worth area get 50% off orders at Papa John’s the day after the Cowboys score at least 20 points in a game. (The team averaged 29 points last year, so the odds are pretty good they’ll come through regularly.) Doesn’t matter if the Cowboys win or lose. Use the code COWBOYS20 when placing orders.

Denver Broncos
The day after a Broncos win, consumers in the Denver area enjoy a range of freebies and deals, including a free small cup of coffee at Conoco gas stations, a free donut at King Soopers supermarket, and 50% off at Papa John’s with the code “BRONCOS.” Other promotions require something other than a Broncos win to happen for the deal to be active: The day after a Broncos kicker successfully kicks a field goal of 35 yards or longer, Jack in the Box tacos are 35¢ (maximum: 6 tacos), and the day after the Broncos score three or more touchdowns, Arby’s roast beef sandwiches are $1 at participating locations in Colorado, Wyoming, and Nebraska.

Houston Texans
When the Texans win, fans in the area can cash in via 50% off Firehouse subs and 50% off Papa John’s orders (code: “TEXANS”) the day after the victory, and free 20-ounce Texans Slushes at Sonic on the Tuesday after a victory. What’s more, the day after the Texans score at least two touchdowns in a game, Jack in the Box customers get a free Monster Taco (just say “Touchdown for Tacos”). The day after the Texans win and the team rushes for at least 100 yards, folks in the Houston area who have downloaded the McDonald’s mobile app get a coupon for a free 10-piece of Chicken McNuggets.

Indianapolis Colts
The day after the Colts win, Indianapolis-area consumers get 50% off Papa John’s orders (code: “COLTS50”), and one free six-inch sub with the purchase of another six-inch sub and a 30-ounce drink at Subway.

Jacksonville Jaguars
Considering that the Jags only won three games last year and have started out this season 0-1, it’s a good thing for Jacksonville locals that this special deal isn’t tied to Jaguar victories. Register via e-mail and you’ll get a coupon valid for a free Firehouse Subs medium sandwich a couple days after a Jaguars kicker completes a field goal of at least 45 yards in a game. Maximum of only one freebie awarded per game.

Kansas City Chiefs
When the Chiefs get a sack, Egg McMuffins and Big Macs are available on a buy-one, get-one-free basis at Kansas City-area McDonald’s the day after the game.

Minnesota Vikings
This season’s promotions for Vikings fans include several sweepstakes and a 50% deal at Papa John’s the day after the team wins (use code: “VIKES50”).

New York Jets and Giants
It’s another Dunkin’ Donuts mobile offer, this one a little less generous than those in other parts of the country. The day after the Jets or Giants win, DD mobile app users get a medium hot or iced coffee for 25¢. Which is nice—but it’s not as good as if the coffee were free.

Philadelphia Eagles
Download the Dunkin’ Donuts mobile app and you’ll get a free medium hot or iced coffee the day after an Eagles win throughout the season—only in the greater Philadelphia area, of course.

St. Louis Rams
Enter the code “RAMS50” at St. Louis-area Papa John’s for 50% off regular prices on the two days after a Rams victory.

San Diego Chargers
When the Chargers score at least two touchdowns in a game, the day afterward consumers in the San Diego area can get a free Jumbo Jack burger at Jack in the Box with the purchase of a large drink.

San Francisco 49ers
If the opposing team turns the ball over to the 49ers, the day after the game Jack in the Box customers in northern California get a free Jumbo Jack burger with the purchase of a large fountain drink—and by mentioning the phrase “Jumbo Jack Takeaway” when placing the order.

Seattle Seahawks
Consumers in the Seattle area can benefit from a slew of deals based on what happens in each week’s Seahawks game. If the Seahawks sack the opposing quarterback three or more times, Jack in the Box locations give out free Jumbo Jack burgers to customers who make any other purchase and mention the “Seahawks 3 Sacks” promotion. At Red Robin, each customer can get a free Tavern Double Burger on the Tuesday after a game in which the Seahawks score a touchdown within the red zone (20-yard line), with the purchase of a $5+ appetizer and another entrée required. When the Seahawks defense causes three or more turnovers, fans who show a ticket stub from the game get free haircuts at Great Cuts the week after the game. Dinner and lunch entrees are priced on a buy-one, get-one-free basis at the Snoqualmie Casino on the Monday, Tuesday, or Wednesday after the Seahawks rush for over 100 yards at home games too. And yes, the day after the Seahawks win, Papa John’s regular prices are 50% off; enter the code “HAWKSWIN” when placing orders.

MORE: How to Watch All the NFL Action You Want This Season Without a Huge Bill