Will You Get a Second Stimulus Check for Coronavirus? 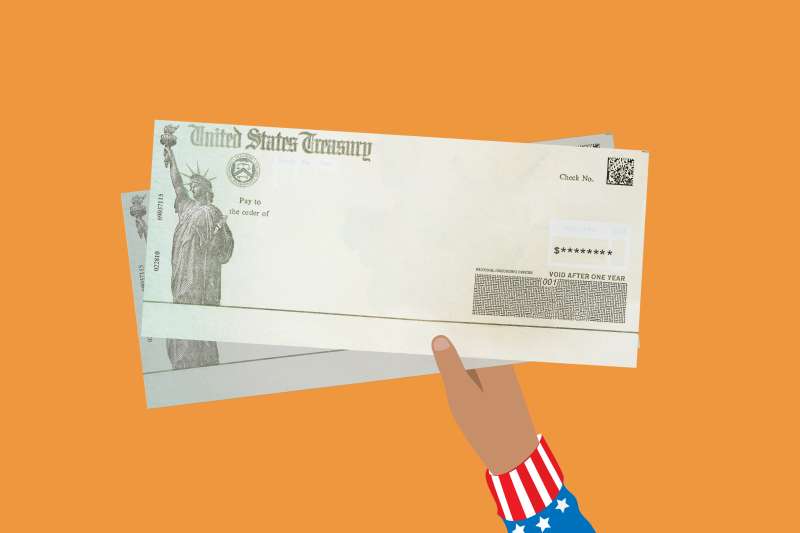 Millions of Americans have received their coronavirus stimulus checks and promptly spent them, buying everything from groceries to gas. Now, some are asking what’s next.

The $1,200-per-adult economic impact payment approved by the CARES Act doesn’t go quite as far as one might think. Americans spend an average of $660 a month on food alone, according to Bureau of Labor Statistics data from 2018, and nearly $1,700 on housing. With 33 million unemployment applications since early March, people are in desperate need of emergency funds.

The $1,200 recovery rebate was a start, but for many it was just that — a start. In a Money poll, 60% of respondents said their stimulus checks weren’t enough to help them through the crisis.

So, will there be a second stimulus check? Here’s what you need to know.

The First Stimulus Checks Are Still Being Sent

You may have gotten your money, but not everyone has. The IRS has already sent out more than 130 million relief payments, with most of the money going to people for whom it had direct deposit information on file.

But previous estimates said millions of people would have to wait for their paper checks to come in the mail. According to a House Committee on Ways and Means memo, the IRS can only process 5 million paper checks a week, meaning it could take weeks for all Americans to get their relief checks.

If you’re wondering where your stimulus check is, visit the IRS’s Get My Payment portal here.

Members of Congress on both sides of the aisle seem to recognize that the initial relief check wasn’t enough — and Americans want another stimulus check.

“The appetite is there,” Sen. Marco Rubio, R-Fla., told CNBC on April 6. “I think everyone I’ve talked to recognizes we’re going to have to go back and do more, and probably more than once.”

Lawmakers have actually passed four stimulus packages in connection with the pandemic. The first was in early March; it provided $8.3 billion for coronavirus treatment research and public health measures. The second was in mid-March; it designated about $100 billion for sick leave and unemployment benefits. The third was in late March; it devoted $2 trillion to small business loans and household stimulus checks, among other measures. The fourth was in late April; it gave $484 billion to initiatives to save small businesses, a coronavirus testing program and hospitals.

Nancy Pelosi, the speaker of the House, has said that “we never thought that CARES was the last bill.” President Donald Trump said in an April 6 news conference that the government “could very well do a second round” of stimulus checks.

“It is absolutely under serious consideration,” Trump added.

Setting aside your non-taxable stimulus check can yield great benefits.
High-yield savings accounts can put you at ease by securing your future. Click below to open an account today.
Open an Account Today

On May 12, House Democrats introduced the Health and Economic Recovery Omnibus Emergency Solutions Act, nicknamed the HEROES Act. Included was a provision that would give people additional stimulus checks in hopes of “cushioning the economic blow of the coronavirus crisis,” according to a news release. These payments would amount to $1,200 per family member and max out at $6,000 per household.

The HEROES Act faces an uphill battle even among Democrats. Meanwhile, Senate Majority Leader Mitch McConnell has said the next stimulus package would be the “final bill.”

“It will be narrowly crafted, designed to help us where we are a month from now, not where we were three months ago,” he said.

There May Be Precedent for a Second Stimulus Check

During the Great Recession, there were two rounds of stimulus checks sent out. The Economic Stimulus Act of 2008 gave rebates to some 124 million households. It provided as much as $600 to individuals and $1,200 to couples plus $300 per child, according to the Tax Foundation.

Then, in 2009, the American Recovery and Reinvestment Act allowed for $250 payments to roughly 52 million beneficiaries of programs like Social Security. Other taxpayers received tax cuts and credits, not straight-up checks.

These two laws were signed about a year apart by two different presidents.

Rep. Ro Khanna, D-Calif., and Rep. Tim Ryan, D-Ohio, have introduced the Emergency Money for the People Act in the House. It calls for people earning under $130,000 to get $2,000 payments every month for at least six months, with special rules for married couples and children.

“A one-time, twelve-hundred-dollar check isn’t going to cut it,” Khanna said in a news release. “Americans need sustained cash infusions for the duration of this crisis in order to come out on the other side alive, healthy and ready to get back to work.”

The Emergency Money for the People Act also would let recipients get their additional stimulus checks without a bank or home address. Money could come through pre-paid debit cards or even mobile apps like Venmo.

“The inclusion of direct assistance in the CARES Act was an important first step, but we must provide workers and families with relief that actually matches the need and scale of this economic and health crisis,” they wrote. “Simply put — people need more money in their pockets, and sending monthly payments to workers and families is the fastest and most direct way to address that need.”

The Washington Post reported on May 10 that the Trump administration is also looking into allowing Americans to get checks up to $5,000 and $10,000 if they delay or give up some retirement benefits like Social Security.

In the meantime, local officials are taking matters into their own hands. In Jacksonville, Florida, Mayor Lenny Curry launched a relief program that provided $1,000 stimulus payments to residents who made under $75,000 and lost 25% or more of their income to the coronavirus. The program gave out $1.5 million on its first distribution day.

But the Coronavirus Is Changing How Congress Meets

There’s a bunch of behind-the-scenes political drama that affects the details of another stimulus check. However, arguably one of the biggest hold-ups is the outbreak itself.

Congress delayed its return from recess due to the need for social distancing to flatten the curve. As FiveThirtyEight reported, the Constitution decrees that both chambers need to have a quorum in order to conduct business. House and Senate rules historically dictated that members have to vote in person.

As of May 4, the Senate had reconvened. By late May, the House approved remote and proxy voting.

It remains unclear how this will shake out — and how it might affect the chances of a second stimulus check being approved in an upcoming bill.

The IRS’s Get My Payment App Is Live, So You Can Track Your Stimulus Check

True or False: You Won’t Get a Stimulus Check if You Owe Money to the IRS

Can Your Stimulus Check Be Wrong? (Yes)