Millions of Americans Are Hoping for a Second Stimulus Check. Here Are 3 Ways It Could Still Happen 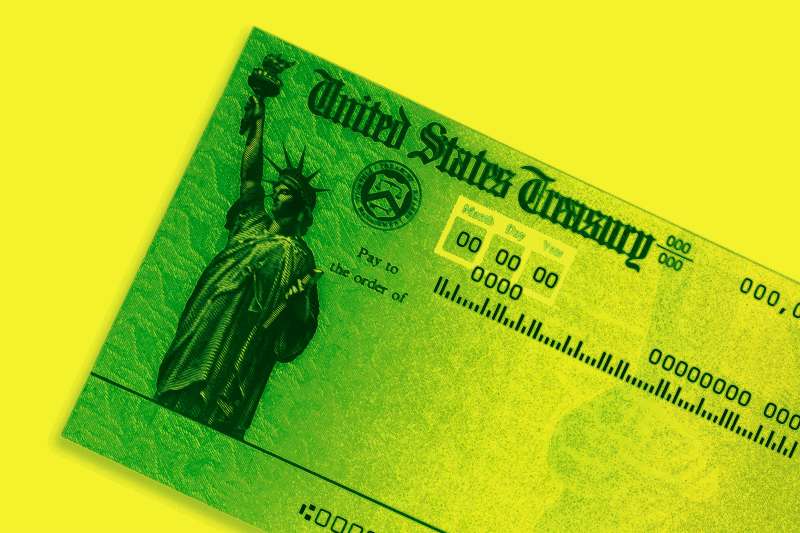 Survey after survey has confirmed what millions of people already know: Americans desperately need a second stimulus check in order to financially survive the rest of 2020. But as Election Day draws nearer, the chances of those payments going out anytime soon seem to get lower and lower.

The president, tweeting as he recovers from the coronavirus, seemed to scuttle weeks of bargaining over a wide-ranging relief package on Tuesday when he instructed Republicans “to stop negotiating until after the election, when, immediately after I win, we will pass a major Stimulus Bill.” He then appeared to reverse course and advocate for legislation to support airline workers and small businesses. And then he announced he’s in favor of a stand-alone bill for another round of $1,200 economic impact payments.

The situation around stimulus checks is confusing, to say the least. Not only is it a perfect storm of politics and the economy, but it’s also constantly changing.

So we’ll sum up what we know right now. Basically, in order for you to receive a second stimulus check from the government in the next couple of weeks, one of these things would have to happen.

Because Congress has what’s called “the power of the purse,” Trump alone can’t make the decision to issue stimulus checks. He can put pressure on his administration to advance a plan, but he needs the House and Senate to actually green-light any stimulus check proposal he might support.

House Speaker Nancy Pelosi and Treasury Secretary Steve Mnuchin had been working for weeks on reaching a deal before Trump called it off. If the president were to instruct Mnuchin to keep talking with Pelosi, it’s possible the duo could reach an agreement on legislation with a stimulus check provision. (A revised version of the HEROES Act, which the House passed last week, provides a $1,200-per-person refundable tax credit “that shall be paid out in advance payments, similar to the Economic Impact Payments in the CARES Act, with certain modifications,” according to a summary.)

The political consequences are key here. Trump’s economic prowess has long been a selling point for his campaign. Democratic nominee Joe Biden has already begun hitting him on his lack of commitment to a relief bill that “would have preserved hundreds of thousands of jobs.”

“Make no mistake: If you are out of work, if your business is closed, if your child’s school is shut down, if you are seeing layoffs in your community, Donald Trump decided today that none of that — none of it — matters to him,” Biden said in a statement.

For her part, Pelosi seemed to indicate she was still open to negotiating with the GOP over the relief package’s price tag.

“It’s hard to see any clear sane path on what he’s doing but the fact is, he saw the political downside of his statement of walking away from the negotiations,” she told The View. “It is really important for us to come to this agreement.”

Scenario 2: Nancy Pelosi gets on board with a stand-alone stimulus check bill

Pelosi has long pushed for a comprehensive coronavirus relief package as opposed to piecemeal bills. But Trump tweeted Tuesday night that “if I am sent a Stand Alone Bill for Stimulus Checks ($1,200), they will go out to our great people IMMEDIATELY.” He added that he’s “ready to sign right now.”

Pelosi later criticized Trump’s laser focus on a stimulus payment, saying on The View that he “walked away from the opportunity to crush the virus so that we could open our schools and our economy safely” — “walked away from putting money in the pockets of the American people in a way that’ll make a difference in those lives.”

“All he has ever wanted in the negotiation was to send out a check with his name printed on it,” she said.

On Wednesday morning, Chief of Staff Mark Meadows told Fox & Friends he and Mnuchin had chatted about their desire to “convince Speaker Pelosi to do something on a stand-alone basis” to “help airlines, small businesses and the American people, with stimulus checks.” Her camp, in turn, told Politico that Democrats got shut down on a stand-alone airlines bill last week.

However, stimulus checks generally have bipartisan support. If Pelosi got on board and if the parties were able to agree — two big “if”s — Congress could theoretically pass a stand-alone stimulus check bill with relatively little delay.

From there, the IRS could distribute those payments quickly, as the system is already in place.

But, as Vox points out, the only relevant proposal with legs right now in the House is the new HEROES Act: the legislation Trump told his representatives to stop debating. A stand-alone stimulus bill hasn’t passed the House, so if that becomes the plan, it will take longer to implement.

Debt relief won't fix all your debt problems, but can be a good option for some consumers
If you owe $15,000 or more in debt, Freedom can help you lessen the amount you owe and make managing your debt easier.
Enroll in a Debt Relief Program

Scenario 3: Your local government has leftover funding and can help pay your bills

While the federal government is tied in knots over a national round of stimulus payments, you may have more success getting assistance locally.

The CARES Act established a Coronavirus Relief Fund for states, territorial, local and tribal governments earlier this year. It earmarked $150 billion for necessary expenditures incurred due to the public health emergency. Some of those governments then allocated their money to counties and cities, and in many cases officials decided to distribute a portion of it to residents.

But these weren’t stimulus checks in the sense that people just got $1,200 deposits and got to do whatever they wanted — they often had strings attached.

In one Florida county, for example, residents who had lost income due to the pandemic could apply for as much as $5,000. The money needed to be used for rent, mortgage payments, utility bills, food or basic needs. The funds were paid directly to landlords and utility companies.

Coronavirus Relief Fund dollars are supposed to be used by Dec. 30. The specifics are murky and not universal, but if there’s money left over that hasn’t already been locked in for other purposes, these sorts of opportunities may still be available in your area.

However, advocates say there’s a need for additional relief as local governments deal with their own severe revenue losses. Paul Guequierre, communications director for the National Association of Counties, says the “fiscal situation is dire.”

“We continue our call for a bipartisan agreement on a coronavirus relief bill that includes direct and flexible federal aid to counties of all sizes,” he says, adding that “we have not heard from members on plans to relocate CRF dollars or on direct stimulus payments to residents in the absence of a [new] bill.”

As Hopes Fade for a Second Stimulus Check, These Programs Are Still Providing Financial Relief

The IRS Is Mailing Letters to 9 Million People Who Never Claimed Their $1,200 Stimulus Checks