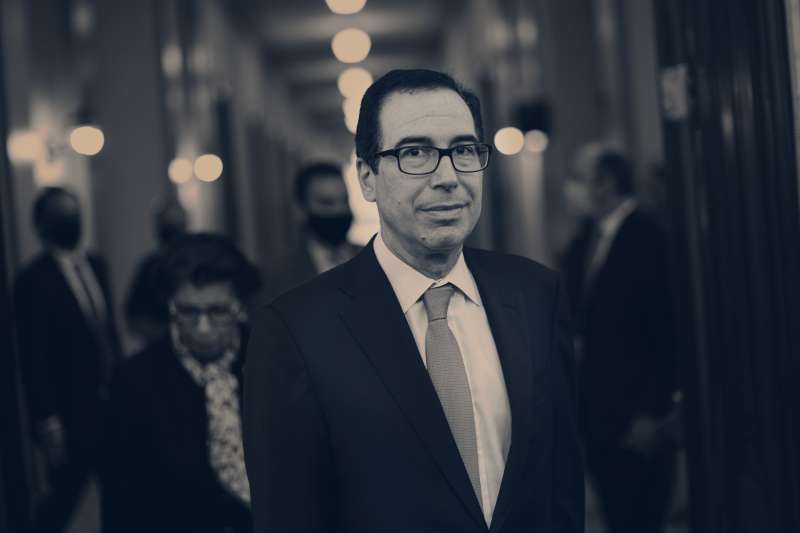 When the government announced the Paycheck Protection Program earlier this year, it said that pandemic-stricken business owners wouldn’t have to pay back funds if used for certain purposes — namely, payroll costs, interest on rent or mortgages, and utilities.

Although this comes as welcome news to millions of PPP recipients, tons of questions about the specifics remain. The PPP has been convoluted ever since it was created by the CARES Act, and the forgiveness process is no exception. It’s hard to keep up with the incremental developments, especially as House Speaker Nancy Pelosi and Treasury Secretary Steve Mnuchin continue to battle over the details of another stimulus package — and possible additional support for the nation’s small businesses.

Small business loans can help you out in a time of crisis.
An alternative lender like OnDeck may offer you a more flexible loan than any commercial bank. Find out more by clicking on your state.
Get Started

To help you cut through the noise, here are five things you need to know.

What’s happening with the PPP?

Well, it was a busy summer. After a rollout riddled with tech glitches, the PPP closed and then reopened before closing again. In June, the rules on how much of a loan had to be used for payroll dropped thanks to the Payroll Protection Program Flexibility Act of 2020.

There’s still roughly $130 billion in funding left for the PPP; Congress is debating what to do with it. But the overarching problem is the uncertainty — without a record of which PPP forgiveness applications have been given the green light or details on issues like deductions, businesses are floundering. Even CPAs are stressed out.

“When the Paycheck Protection plan was first rolled out, they were trying to put out fires that were taking place everywhere. People were acting very quickly in a very uncertain environment,” he says. “Part of what we’re seeing in the latest round of stimulus is efforts to take a deep breath and streamline some of the difficulties.”

How does a business get their PPP loan forgiven?

According to the SBA, forgiveness is linked to whether an employer maintained or quickly rehired employees at regular salary levels. They also have to submit forms with information like their SBA PPP loan number, the disbursement date, the number of employees they have and the payroll schedule. The Wall Street Journal reported that most applications will be approved quickly, though ones above $2 million can expect special attention.

Though there is an “EZ” version of Form 3508, several advocates have argued the forgiveness application is still too difficult for businesses just scraping by as is.

In late September, a coalition of over 100 trade associations sent a letter to Pelosi, Mitch McConnell, Chuck Schumer and Kevin McCarthy asking them to pass the Paycheck Protection Program Small Business Forgiveness Act. It would streamline the procedure for loans under $150,000 and save “hours of paperwork.”

“Small businesses across the country are facing the time-consuming and costly process of applying for PPP loan forgiveness,” the letter read. “[The legislation would] ensure those businesses can focus their time, energy, and resources back into their business and communities instead of allocating significant time and resources into completing complex forgiveness forms.”

Is there automatic PPP forgiveness?

Automatic PPP loan forgiveness has been floated a couple of times. Most recently, it came up in the updated version of the HEROES Act passed in the House last week.

The legislation said that for loans under $50,000, recipients would not have to “submit any documentation or application to receive forgiveness” as long as they certified that they used the funds in compliance with the rules. For loans between $50,000 and $150,000, recipients would have to request forgiveness with “a simplified one-page application form that does not require the submission of any documentation.”

This has not been passed by the Senate, though, so currently there’s no automatic PPP forgiveness no matter how small the loan is.

Although an automatic forgiveness rule would surely be welcomed by some business owners and banks, Robinson says the fact that lawmakers are discussing the details of the PPP is helpful in itself.

“Uncertainty is the enemy of business planning, and if you can approach the situation and have a more clear sense of where you stand, that’s good regardless of which side you fall on,” he adds.

Will Congress reopen the PPP?

Maybe. There may be a need for it: A Goldman Sachs survey released last month found that 88% of small business owners had used up their PPP money, and 30% were on track to deplete their cash reserves by the end of the year.

Nick Simpson, senior vice president for public affairs at the Consumer Bankers Association, points out that people on both sides of the political aisle are generally in favor of helping small business owners. But he and others say legislation is taking too long amid the Pelosi-Mnuchin standoff.

“Congress doesn’t seem to be getting close to a deal. There are lot of PPP components that have strong bipartisan support,” Simpson says. “So our stance has been, continue negotiating, but we think Congress should act now on the areas where there is common ground — one of them being the PPP.”

Despite Pelosi’s insistence on passing a larger coronavirus relief package, there have been rumblings in both parties about restarting the PPP. The Democrats’ new HEROES Act, for example, would allow certain business owners to get a second loan through a “Prioritized PPP” system. It would provide loans up to $2 million to firms that have fewer than 200 employees and lost at least 25% of their quarterly revenue. Publicly traded companies and businesses with more than one physical location wouldn’t qualify.

Republicans in the House have put forth a similar proposal for restarting the PPP. A group of them are attempting to force a vote on the bill via a discharge petition.

Of course, this was all before President Donald Trump and a handful of lawmakers tested positive for COVID-19. Now, the full Senate is not scheduled to return until Oct. 19. The House is in recess, too.

What should businesses do in the meantime?

Don’t just twiddle your thumbs while waiting on the government to clarify the PPP forgiveness situation. Robinson says that if he were a PPP recipient, his first move would be to contact his lender. Business owners can also check out the SBA’s loan forgiveness FAQs or reach out to local offices for guidance.

Also, it’s not a bad idea to pay attention to the news. In a Friday fireside chat/Zoom call, Mnuchin said he was hoping to roll out an administrative solution to simplify forgiveness for loans under $50,000 “within the next week.”

“The portal is open,” he said. “I would encourage businesses to go ahead and apply for forgiveness so they can be processed.”

Cash flow problems shouldn't be a death sentence for small businesses.
Get a small business loan that fits your needs and focus on growing your company.
Get Started

For Small Businesses, Getting a PPP Loan Is Hard. Using It Is Even Trickier

Everything to Know About EIDL, the Small Business Loan Program Supposedly Giving out $10,000 Grants