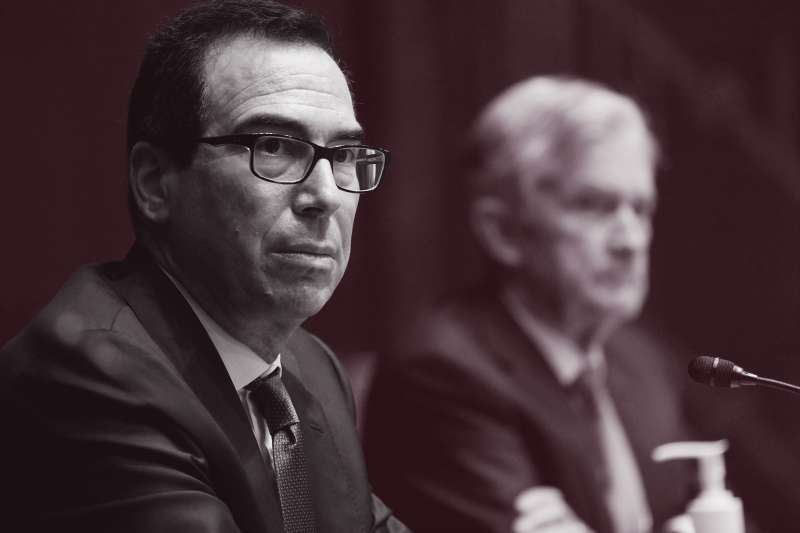 Small business owners who took out emergency government loans to save their employees’ jobs earlier this year are finally catching a break.

The U.S. Small Business Administration announced Thursday that it’s rolling out a streamlined loan forgiveness process for some participants in the Paycheck Protection Program. PPP recipients with loans of $50,000 or less can now complete a simpler form — one that the SBA claims “requires fewer calculations and less documentation for eligible borrowers” requesting forgiveness.

“The PPP has provided 5.2 million loans worth $525 billion to American small businesses, providing critical economic relief and supporting more than 51 million jobs,” Treasury Secretary Steve Mnuchin said in a statement. “We are committed to making the PPP forgiveness process as simple as possible while also protecting against fraud and misuse of funds.”

If you're a Small Business Owner, there's a loan waiting for you.
An alternative lender like Fundera may offer you a more flexible loan than any commercial bank. Find out more by clicking on your state.
GET STARTED

The news traces back to the fact that when the PPP was created by the CARES Act this spring, the government promised that business owners wouldn’t have to repay funds largely spent on payroll, rent, mortgage interest, and utilities. The SBA began processing loan forgiveness requests last week, but applicants had to fill out some hefty paperwork. Even the “EZ” version of the form required people to show their math as they added up eligible loan dollars.

The new form, Form 3508S, “strikes an appropriate balance” between the need for a shorter form and the “responsibility to protect the integrity of the program,” according to the SBA.

Basically, applicants just have to certify that the numbers they’re submitting are correct. People who use the form are eligible for full forgiveness even if they had to cut wages or had employees quit on them.

The reveal of the new form was likely a response to advocates who have argued the forgiveness process is too time-consuming for businesses and banks already crushed by the pandemic. Last month, a group of trade associations sent a letter to House and Senate leaders in support of the Paycheck Protection Program Small Business Forgiveness Act, which would automatically forgive loans under $150,000 if the borrower filled out a one-page form.

In that vein, the SBA’s $50,000 announcement might not be the end. Mnuchin said in Thursday’s statement that he “continue[s] to favor additional legislation to further simplify the forgiveness process,” leaving the door open for more debate.

Small Business Owner, get the working capital you need.
Alternative lenders like Fundera are more flexible than commercial banks on the types of loans they offer. Click below to learn about your options.
Click to See How Much You Can Borrow.

Everything to Know About EIDL, the Small Business Loan Program Supposedly Giving out $10,000 Grants