What Tony Robbins Got Wrong in His Controversial #MeToo Comment, According to Career Experts 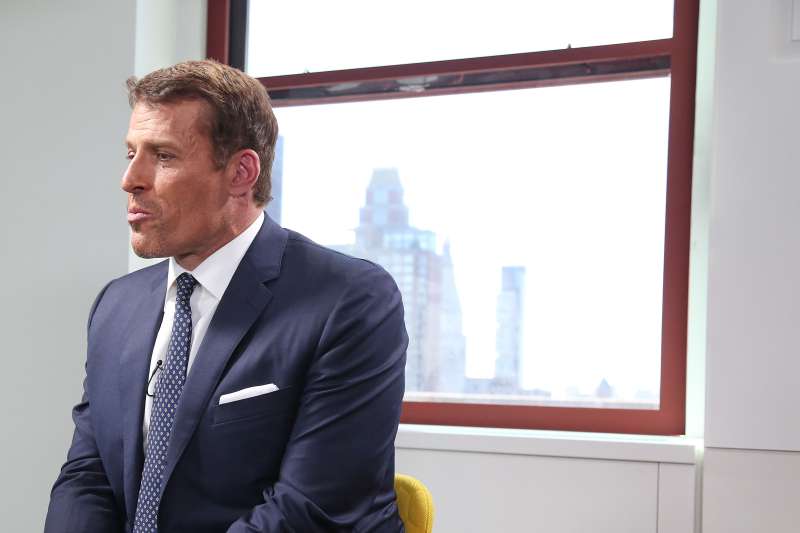 Tony Robbins is interviewed as part of the "LinkedIn Presents" series at The Empire State Building on October 5, 2015 in New York City.
Taylor Hill—Getty Images

In his now-viral comments, life coach Tony Robbins shared a problematic anecdote on how some men in positions of power are responding to the #MeToo movement with discriminatory hiring practices.

“I was just with someone the other day — very famous man, very powerful man — who was saying how stressed he was because he interviewed three people that day,” Robbins told a packed crowd in San Jose last month in what now has become a viral and heavily criticized speech. “One was a woman, two were men. The woman was better qualified, but she was very attractive and he knew, ‘I can’t have her around; it’s too big of a risk,’ and he hired somebody else.”

The purposeful dismissal of a qualified female candidate due to her looks is indicative of a larger issue in how companies and men are responding to the national conversation about sexual harassment in the workplace in this #MeToo era. Men grappling with a new attention to harassment are now pondering if they can hug or give compliments to their female colleagues, as the Associated Press reported, and, in cases like the one Robbins cited, taking it to the extreme by refusing to hire attractive women to protect themselves.

Robbins said some women in the #MeToo movement were painting themselves as victims “to try to get significance and certainty by attacking or destroying someone else.” Tarana Burke, the founder of the #MeToo movement, criticized Robbins over the weekend, pointing to his hiring anecdote.

“To even repeat that story of his ‘friend’ who wouldn’t hire the ‘pretty woman’ as if it’s the MOVEMENT’s fault and not the sexist man’s fault is all you need to hear,” Burke tweeted over the weekend. “It’s deplorable.”

Robbins later apologized for his remarks on Sunday, saying he is now “committed to being part of the solution.” A representative for Robbins declined a request for clarification from Money.

Fundamentally, the #MeToo movement does not insinuate avoiding or stonewalling women in workplaces is the answer to issues of sexual misconduct. Hiring practices like the one Robbins cited could limit certain employees from career advancement opportunities and growth, and prevent a workplace from improving its culture, experts told Money on Monday.

“No one should be denied an opportunity because of an employer’s inability to control himself from harassing a new hire or the perceived risk of being hypothetically tempted,” Brande Stellings, senior vice president at Catalyst, a nonprofit organization that aims to promote women in business, said in a statement. “Why should a woman pay the price – in terms of missed opportunities for career advancement – for this man’s biases?”

Sarah Stoddard, a career trends expert at Glassdoor, a website that features reviews of companies and their recruitment strategies, echoed Stellings. Stoddard said determining who receives a job offer for any reason other than their qualifications is “unacceptable.”

“Hiring managers should focus on a candidate’s skills and ability to successfully carry out the responsibilities of the job at hand, and not on her or his physical appearance,” Stoddard wrote in an email to Money.

Recent research from Lean In, an organization founded by Facebook COO Sheryl Sandberg dedicated to elevating women in the workplace, found that 30% of male managers “are uncomfortable working alone with a woman,” and one in six male managers hesitate in mentoring women. Men are also hesitant to travel with their younger female colleagues, according to the research conducted by Lean In and Survey Monkey earlier this year.

“This is a big problem, because it undoubtedly will decrease the opportunities women have at work,” Sandberg wrote in a Facebook post in February. “The last thing women need right now is even more isolation. Men vastly outnumber women as managers and senior leaders, so when they avoid, ice out, or exclude women, we pay the price.”

The findings prompted the organization to launch the #MentorHer initiative, encouraging male managers and employees to mentor women to better position them for leadership roles and career-advancing opportunities. “If we’re going to change the power imbalance that enables so much sexual harassment in the first place, we need to ensure women get more mentorship and sponsorship, not less,” Sandberg said in her Facebook post.

Stoddard from Glassdoor also referred to research from the organization that found company culture is the top factor for employee satisfaction, “which then can impact a company’s bottom line,” she said. Creating a diverse company, Stoddard added, could help combat the issue the #MeToo movement addresses: sexual harassment and abuse. Diversity, she said, “can act as a buffer against harassment, since it helps protect against bias and fosters a transparent, feedback-rich environment.”

And now, male employees and leaders must learn to provide equal opportunity for women — in terms of mentoring, hiring or promoting, Stellings said.

“When leaders are expected to mentor and sponsor all talent, a man taking a woman to lunch is not seen as fodder for gossip or speculation, but an ordinary step in the process of a good leader developing a talented team member,” Stellings of Catalyst said. “It’s up to the company to weave this expectation into its culture and make it the norm.”