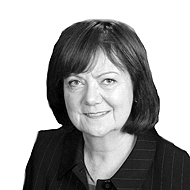 By the time their kids are ready for college, many parents are either divorced or in the process of getting one. Just from a financial aid perspective, that can actually be to their benefit.

Students whose parents are divorced—or have been separated for at least six months—will in many cases be in line for a more generous financial aid package.

How much money a student might get depends on the college and on which financial aid forms it requires.

There are two major financial aid forms: the widely used Free Application for Federal Student Aid (FAFSA) and the CSS Profile, which is used by a smaller number of selective private colleges.

If that parent has remarried, the stepparent's financial information is included as well. (So don’t get remarried until you’ve completed your last financial aid form in the student’s junior year of college!)

For FAFSA purposes it’s generally best for the student to live with the parent who earns the least money. But bear in mind that any child support the custodial parent receives counts as income on the custodial parent’s FAFSA (and on the CSS Profile, as well).

To see which parent has the lower Expected Family Contribution (EFC), you can go to the College Board's EFC Calculator and calculate both EFCs.

Read Next: Everything You Need to Know About Filing the FAFSA This Year

The FAFSA and CSS Profile also differ in how they evaluate the situation if one or both parents have remarried since the divorce. The FAFSA, as I mentioned, will count the stepparent’s income along with the custodial parent’s.

Once more, a quick call to the financial aid department of the college, to see how it does its calculations, can save you later hassles.

If the divorce is in process but hasn’t been finalized, it’s to your advantage when applying for aid to file your tax return as “Single, Head of Household.” This filing status is allowed if you have been living apart for at least six months. A separate tax return for each parent is easier for the colleges to match with your financial aid forms to verify income, and it can be more difficult to convince a school to count only one parent’s income if the parents file jointly.

Many parents delay getting divorced until after their students graduate from college. For financial aid purposes, though, they might want to do it sooner—assuming they were planning on it anyway!

Paula Bishop is a certified public accountant and an adviser on financial aid for college. She holds a BS in economics with a major in finance from the Wharton School and an MBA from the University of California at Berkeley. She is a member of the National College Advocacy Group, whose mission is to provide education and resources for college planning professionals, students, and families. Her website is www.paulabishop.com.