Coverage for Pre-Existing Conditions Is at Stake Nov. 3. Here's Where Trump and Biden Stand 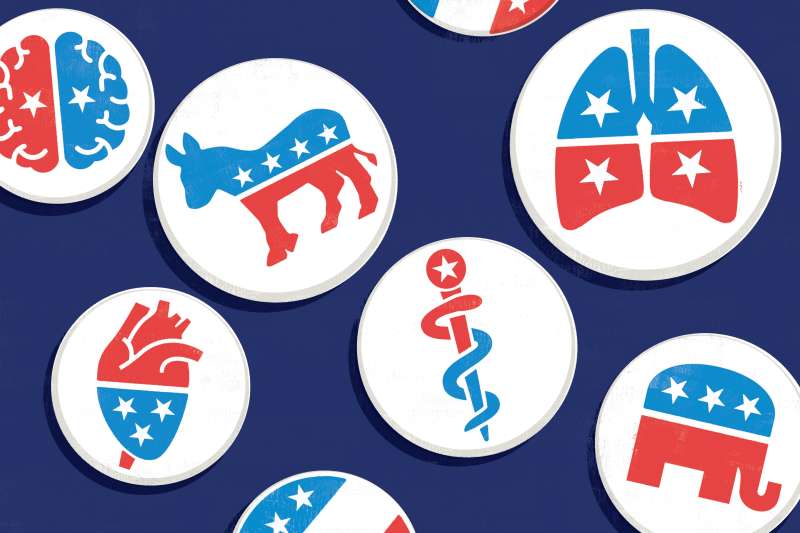 Protecting pre-existing conditions has become a popular campaign promise. President Donald Trump and his Democratic challenger, Joe Biden, both say they support that goal, yet there’s a big gap between the two presidential candidates on the issue.

And the outcome of the Nov. 3 election isn’t the only factor that could determine whether millions of Americans will be able to buy health insurance in the future, even if they have medical issues. On Nov. 10, the Supreme Court is set to hear a case that seeks to invalidate the entire Affordable Care Act (a.k.a. Obamacare), the law that established robust protections for all consumers regardless of their health status.

There’s a lot at stake for the estimated 136.4 million non-elderly Americans who have at least one pre-existing condition. Here’s what to know.

What Is a Pre-Existing Condition?

A pre-existing condition simply means any health problem that you had before your current health insurance took effect. Before the full implementation of Obamacare in 2014, pre-existing conditions were a cause for discrimination on the individual health insurance market. So, for example, if you had diabetes and wanted to buy a policy, in most states the carrier was allowed to charge you more, deny you coverage, or write you a policy that excluded coverage of your diabetes. If you were diagnosed with diabetes after you bought the policy, in certain states insurers were allowed to scour your medical history for evidence that the condition was present before it was diagnosed so they could deny you treatment or rescind the policy altogether.

“You couldn’t get any certainty in that market, even after you bought a policy,” says Karen Pollitz, senior fellow at the Kaiser Family Foundation. “That’s not legal anymore.”

Many common conditions, from asthma to arthritis to obesity, counted as pre-existing conditions. Pregnancy fell into that category, too, and even if they weren’t expecting a child at the time, young women were often charged more for individual coverage just because they could become pregnant.

About 54 million, or 27%, of U.S. adults under age 65 had a pre-existing condition in 2018 that would have rendered them uninsurable on the individual insurance market before Obamacare, according to an analysis by the Kaiser Family Foundation. (Older adults are generally insured by Medicare.) Conditions such as AIDS/HIV, congestive heart failure, severe obesity, epilepsy and severe mental disorders would often cause the consumer’s request for coverage to be denied outright.

Employer-based health insurance didn’t discriminate to this degree, although some group policies wouldn’t cover pre-existing conditions for an exclusion period, such as your first year on the job. Among those hurt most under the prior system were older adults who were laid off before age 65, who couldn’t find affordable coverage — or any coverage at all — to hold them over until they became eligible for Medicare.

Are Pre-Existing Conditions Covered Under Obamacare?

Obamacare banned discrimination against pre-existing conditions and ushered in an era of guaranteed-issue policies. That is, consumers are guaranteed access to comprehensive health insurance regardless of their health status, at no extra cost than those in perfect health, and women are charged the same rates as men of the same age. (Carriers are still allowed to charge smokers and older adults more, but not to the extent that they were before.)

As passed, the law required people to buy health insurance or face a financial penalty, outside of limited exemptions. If it hadn’t, the concern was that people would only sign up for coverage when they were sick, which would increase costs for insurers and contribute to an unsustainable business model.

In 2017, Republicans in Congress tried to replace Obamacare with an alternative that had weaker pre-existing condition protections. While that legislation failed, Congress later effectively ended the individual mandate, as the requirement to buy health insurance was called. Part of the Tax Cuts and Jobs Act passed in late 2017 cut the penalty for not having coverage to $0. The individual mandate remains on the books, yet it has no teeth since the penalty was eliminated.

While it’s no longer a requirement, most people want coverage if it’s affordable. Obamacare has served as a safety net for the millions of Americans who have lost their jobs, and their employer-provided health insurance, in the pandemic.

Where Trump and Biden Stand

In September, Trump signed an executive order stating his administration’s commitment to protecting pre-existing conditions. Yet that doesn’t have the force of law, say experts of all political stripes. “The Trump executive order isn’t worth the paper it’s signed on,” says Michael F. Cannon, director of health policy studies at the libertarian Cato Institute, which argues that unregulated markets do a better job than the government of providing consumers with reliable long-term protection.

Rhetoric aside, Trump’s actions as president have actively undermined pre-existing condition protections, some experts say. Trump supported the Obamacare replacement legislation in Congress, which would have required people with pre-existing conditions to maintain continuous coverage if they didn’t want to be charged higher premiums. That would have hurt those who lost their job-based insurance and couldn’t afford to buy a policy while unemployed.

The Trump administration has also promoted the sale of short-term insurance plans, which fall outside the Obamacare requirements and often have exclusions for pre-existing conditions. These plans are attractive to consumers because they can be much cheaper than ACA-compliant options, but that comes at the trade-off of less comprehensive coverage.

For his part, Biden has campaigned on a platform of expanding and strengthening the Affordable Care Act, which was passed in 2010 when he served as Vice President under President Barack Obama.

Pre-Existing Conditions Face a Threat in the Supreme Court

Obamacare’s fate may also depend on oral arguments scheduled for Nov. 10. A group of Republican state attorneys general brought a lawsuit arguing that the individual mandate is unconstitutional, and as such the entire Affordable Care Act is unconstitutional and should be overthrown. In an unusual move, the Trump administration declined to defend the Affordable Care Act against this charge, causing a group of Democratic attorneys general led by California, and later, the U.S. House of Representatives, to step up as the defendants in the case.

The Supreme Court’s ruling on the case, Texas v. California, is expected by June, 2021. There are many possible rulings that the justices could make: they could vote to uphold the Affordable Care Act, overturn it in its entirety, or decide to invalidate some parts of it and retain others. At the confirmation hearings last week for Amy Coney Barrett, Trump’s pick to replace the late Ruth Bader Ginsburg on the Supreme Court, Senators tried without much luck to tease out Barrett’s views on the case.

If Biden is elected, he would likely try to get the case thrown out before the Supreme Court rules, experts predict. One way to do that would be to encourage Congress to pass legislation that would invalidate the plaintiff’s argument by re-instituting a nominal individual mandate penalty. Lawyers for California would then likely file a motion to dismiss the case as moot. “The court is always looking for excuses not to wade into controversial matters, so I expect they might gobble up that opportunity” and dismiss the case, Cannon says.

Would COVID-19 Be Considered a Pre-Existing Condition?

More than 8 million Americans have been infected with the new coronavirus, and a prior or current diagnosis of the disease would likely be considered a pre-existing condition if Obamacare were successfully overturned, experts say. That means a person on the individual market could be charged more, turned down, or issued a policy that excludes coverage for COVID-19 or related symptoms. Such symptoms are varied and include respiratory distress as well as fatigue and brain fog that can linger long after the initial illness.

The Commonwealth Fund estimated that the pandemic has already added approximately 3.4 million adults under age 65 to the millions of Americans with pre-existing conditions. According to their analysis from early October, if the current pace of approximately 45,000 new daily cases continues, COVID-19 will add more than 20,000 non-elderly adults each day to the ranks of those with pre-existing conditions.

Yet it’s not just a COVID-19 diagnosis that could work against you if the ACA were overturned, experts say. Insurers like to minimize risk, and under the old system they would turn down consumers they perceived to be more likely to get sick or injured. So workers whose job exposure might encourage them to get frequent COVID-19 testing — think Uber drivers or delivery workers — might raise a red flag for insurers, who could reject them since they might be considered at greater risk for contracting the disease.

The Ultimate Guide to Pet Insurance Costs: How Prices Vary by Breed, and Tips to Help You Save

Long-Term Care Insurance: A Comprehensive Guide to Costs, Coverage, and Whether It’s Right for You