Where to Watch the USA-Germany World Cup Match for Free 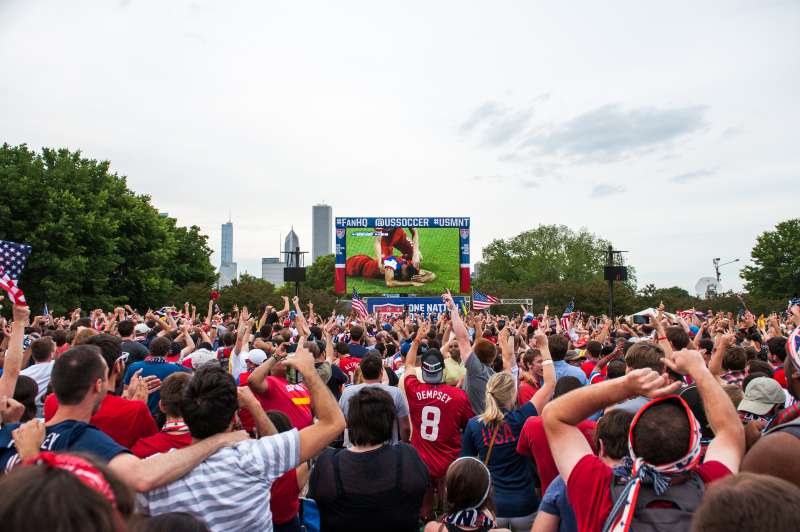 If you’re a soccer fan, you may want to take an extra long lunch break (or breakfast for those in the West) and watch the match on a big screen—typically a really, really big screen in a city park or popular gathering place—with thousands of fellow fans who are doing the same thing. Here are a dozen U.S. cities where the public is being welcomed to watch the match as a group. Admission is free at all venues, and drinks and food are generally available on site.

New York City: Bryant Park in Manhattan and under the Manhattan Bridge in Brooklyn