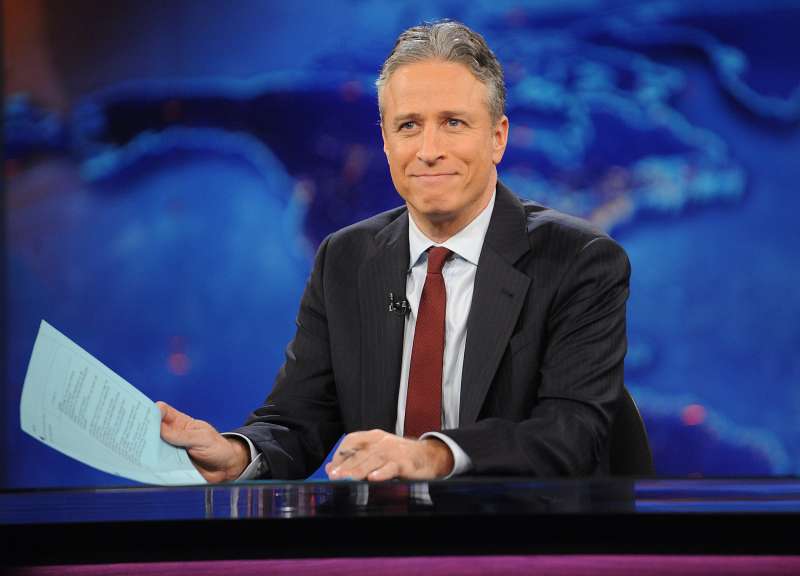 Television host Jon Stewart during a taping of "The Daily Show with Jon Stewart" in New York.
Brad Barket—AP
By Alicia Adamczyk

Thursday marks the end of Jon Stewart’s 15-plus-year tenure as host of The Daily Show. While Stewart is best known for his political zingers—and criticism of Fox News—his uncomplicated and hilarious explanations of complex financial issues will also be missed. As Money’s sister publication Fortune pointed out, Stewart’s combination of wit and humor enabled him to explain that “our financial markets don’t always work in the best interests of average investors” better than almost anyone else.

To that end, here are five of The Daily Show‘s best money-related clips of the past few years.

Read next: Arby’s Has No Beef With Jon Stewart

In one of the most buzzed about segments of the past few years (at least in journalism circles), Stewart took financial network CNBC to task for often giving bad on-air advice and for giving a free pass to Wall Street during the height of the financial crisis. “If I had only followed CNBC’s advice, I’d have a million dollars today,” Stewart said, “provided I started with a hundred million dollars.”

This came in response to the infamous—and highly entertaining—rant by CNBC personality Rick Santelli, who called foreclosed homeowners “losers” in a segment and chastised them for not exhibiting what he deemed an appropriate level of personal responsibility.

On advising women to get married before it's too late

“Work will wait, your fertility won’t.” Hear that, ladies? Susan Patton — AKA Princeton Mom — made the talk show rounds last year with that delightful message, pleading with young women to reconsider their commitment to their careers and instead focus on locking down a husband before they get too old to procreate. While there still isn’t a female late night talk show host on a major network to take her on, at least Stewart gave her some proper pushback.

In the clip, Stewart jokes that while women still earn just 77 cents to the dollar that men earn (at least that’s what white women can expect; minority women make less than that), they should really be concerned about whether they are “dewy” enough (Patton’s words) to land a man.

“Here’s what no one is telling you: Find a husband on campus before you graduate. Yes, I went there,” Patton says in one of the clips.

“You went where?” Stewart deadpanned. “To the 19th century?”

This is another clip from the aftermath of the financial crisis. When the segment ran in 2011, it was hailed by some journalists as a perfect primer for lay-people on how banks and other financial institutions deemed too big to fail crippled the United States economy in 2009.

Thus, the fictional United JonCo International was born. In just a few minutes, Stewart had “acquired” a $1 million loan by using his $900 1984 Volvo station wagon (valued at $2 to $3 million by JimmyCo, his “rating agency”) as collateral; gave himself a $1 million bonus; set up a dummy company to “hide crap assets;” burned down his neighbor’s house to collect insurance money; and received a $10 million severance package from a government bailout before heading to St. Barts.

About a year ago, it was hard to turn on the news without hearing about “corporate inversions,” or the practice of U.S. corporations merging with companies from a more “tax-friendly” country to avoid paying U.S. taxes. “Sounds like the business version of gender reassignment, and that’s because it kind of is. It’s a liberating procedure for companies that were raised American, but know in their hearts that they’re really Irish.”

As Money’s Jake Davidson noted at the time, “This practice has been widely condemned as unpatriotic and unfair to American taxpayers who will be stuck footing the bill if the government needs to replace corporate tax dollars with new sources of revenue.”

Former U.S. Treasury Secretary Tim Geithner appeared on Stewart’s show to promote his book, Stress Test. But as many guests find out, the appearance was no standard stop on the publicity tour. The two talked about the bank bailout—and much more.

Stewart and Geithner compared the bailout of the banks during the financial crisis to a plane (the economy) being taken over by arsonists (the banks), about to crash with a bunch of victims (the American people) aboard, in need of rescue.

Stewart said the metaphor made some sense, but archly criticized Geithner’s performance by extending it further: “Then it felt like you took the arsonists off the plane and you got them a massage and a steak dinner.”

Ok, this isn’t a clip from Stewart. But as Money’s Jake Davidson and Susie Poppick explained, part of Stewart’s legacy, beyond goofy faces and weird noises, will be the fact that his show helped launch the careers of many well known comedians, including Stephen Colbert, Ed Helms, and Steve Carell. In this clip, John Oliver—another protégé of sorts of Stewart’s—takes up the complex issue of income inequality on his HBO show Last Week Tonight.

Though Stewart’s political lacerations will be sorely missed during the upcoming election cycle, at least Oliver—and hopefully The Daily Show‘s new host, Trevor Noah—will be in place to take on difficult money issues with a light touch.