The CARES Act Makes It Easier To Withdraw from Your 401(k). Here's What to Know Before You Do 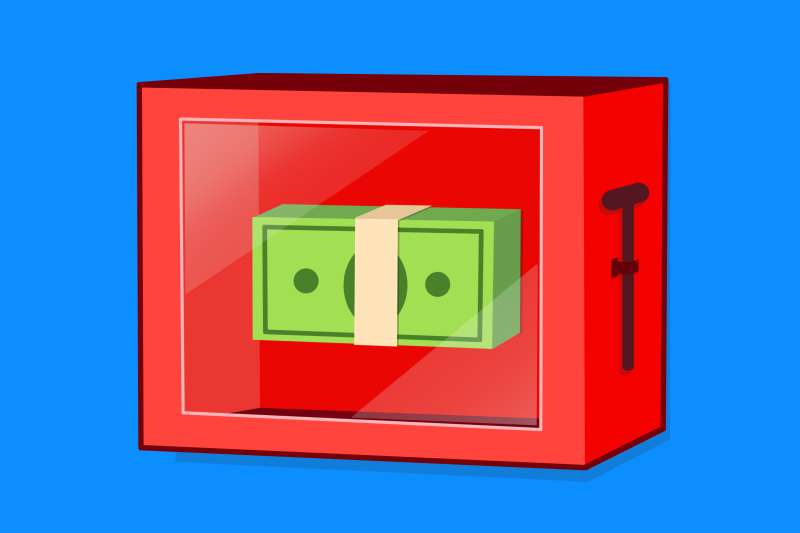 Typically for retirement plan savers, it’s extremely tough to get at your money early. Think of it as locked in a safe: To withdraw it before age 59.5, you have to crack multiple defenses like extra penalties and steep tax withholding.

But now, with the Covid-19 crisis, the safe has been opened – at least temporarily.

The CARES Act from Congress eliminated the 10% early-withdrawal hit, and 20% federal tax withholding, on early 401(k) withdrawals for those impacted by the crisis. While you will owe taxes on that sum, since the original contributions were pre-tax, that amount can be spread over three years. Usually, it’s due in same year in which you make the withdrawal.

So the question for those in financial crisis: With that money sitting there, should you grab it?

Get The Most Out Of Your 401(k)
Reach your retirement goals with the help of Robinhood, an Online Stock Broker.
Start Now

It’s tempting, sure — especially since 16 million Americans have grappled with job loss in the last few weeks alone. And many of us were already living paycheck to paycheck, with 40% of Americans unable to come up with a $400 emergency expense, according to a Federal Reserve survey.

But the answer is that if you can avoid early plan withdrawals, you should leave that money right where it is.

“If you are still able to feed your family, and pay the rent or mortgage, then I would say to leave the money in your retirement plan,” says Monica Dwyer, a financial planner with Harvest Financial Advisors in West Chester, Ohio. “Don’t take your eye off the ball. That money was put aside for the goal of retirement, and shouldn’t be used unless it is a true emergency.”

It’s certainly not a new dilemma for retirement savers. Job loss and personal financial crisis happen all the time, not just during this virus scare, and sometimes people need emergency access to their money.

In 2018, for instance, 3.2% of retirement plan participants took some assets out in cash, according to the study “How America Saves” from investment giant Vanguard. Those withdrawals averaged 19.5% of their assets, and the average age of the account holder was 53.

There are multiple reasons why people tap their retirement cash early. Almost half of those aged 35-54 have taken out some retirement money early, according to a 2018 survey by E-Trade Financial. Primary reasons included medical emergency (13%), educational expenses (16%), unemployment (12%), and large purchases (12%).

But before you grab that dough, think of the long-term impact of what those withdrawals will cost you. Taking out $10,000 now means you are forgoing what could grow to $57,435 in 30 years, assuming 6% compounded annual returns, according to an analysis by Vanguard (https://investor.vanguard.com/emergency-fund/what-you-should-avoid).

“Any withdrawal is going to impact your long-term plans, even if you pay it back over time,” says Nathan Voris, senior managing director of business strategy for Schwab Retirement Plan Services, overseeing 1.6 million participants and $160 billion in assets. “It may mean you’ll have to work for a few years longer, or it may mean you’ll need to save much more in future. There are a lot of downstream effects.”

Also keep in mind that those cashing out now — assuming you have been invested in equities — are selling after a roughly 25% market dip. While it’s impossible to predict future values, selling into major weakness is typically a bad portfolio strategy.

“I see 401(k) withdrawals as an option of last resort,” says Sallie Mullins Thompson, a New York City financial planner. “Taxes will still be owed on the amount withdrawn. Further, this is a bad time to withdraw due to depressed values, as the person is selling low.”

Financial Experts Will Help You Plan and Manage Your 401(k)
Online Stock Brokers like Robinhood use asset allocation strategies to keep you invested in your retirement goals.
Start Now

Instead of this nuclear option of early withdrawal, look to the 401(k) loan as a potential alternative. The CARES Act is making changes there, too: In the past, you have been allowed to borrow up to 50% of your account balance, or $50,000, whichever is less.

But now, you are permitted to borrow up to 100% of your balance, or $100,000, whichever is less. The idea is to pay yourself back in installments, without creating any big taxable events. And for outstanding 401(k) loans with payments due in 2020, the CARES Act provides that you can suspend payments for up to a year.

In short: Extreme circumstances sometimes require extreme measures, and 401(k) savings are your money, after all. Just keep Future You in mind, who would no doubt prefer that you leave your pot of retirement savings alone.

“This is a stressful time, and these are stressful decisions,” says Schwab’s Voris. “But these dollars are yours. Just make sure you look at all your options, before you figure out what bucket of money to tap in order to get you through this crisis.”

It’s Not Just a $1,200 Check. Here Are All the Other Ways You Can Benefit From the Coronavirus Stimulus Package