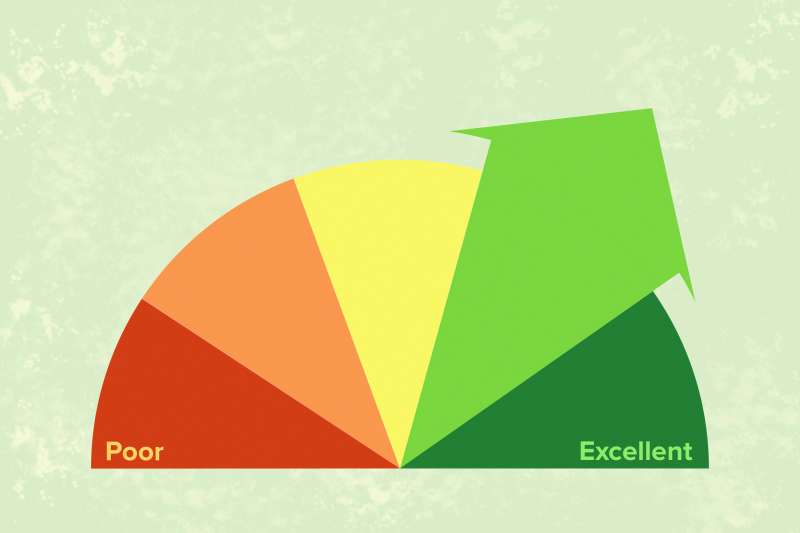 Millions of Americans have been laid off. People are struggling to make rent, pay bills and even buy food. But average credit scores are… up?

The average FICO credit score hit a record high of 711 in July — up from 706 a year earlier — according to the score’s creator, Fair Isaac Corporation and first reported by The Wall Street Journal. The FICO score is one type of credit score, which is used to determine your creditworthiness (how likely you are to pay back a lender for something like a mortgage loan or credit card payments). So it may seem surprising that the average score is up, as so many people around the country have experienced recent financial hardships.

Why are credit scores up?

The pandemic seems to have jolted many consumers into getting rid of their debt. Over half of the 2,200 U.S. adults Money and Morning Consult surveyed in September said that they’ve put some of their money towards debt as a result of the pandemic, or plan to in the future.

Experian’s 2020 State of Credit report shows average delinquency rates for up to 180 days past due, utilization rates and credit card balances all decreased this year.

Also, there have been other changes that have led to an increase in the average FICO scores, says Bruce McClary, vice president of communications for the National Foundation for Credit Counseling. For example, as of 2017, major credit-reporting firms no longer include tax liens (a legal claim against someone when they fail to pay taxes) and civil judgments (when a borrower is taken to court if they fail to pay a debt) in credit reports. And more people are accessing tools that pull non-traditional data into models in a way that positively impacts their scores, he says. Experian Boost, for instance, gives users the option to have recurring payments (like for your phone, utilities and subscriptions such as Netflix) included in your account, which can boost most FICO credit scores.

Keep in mind, the worst may still be to come. That’s because the average FICO score doesn’t necessarily mirror the current state of the economy. There’s actually a lag between when a major macroeconomic event occurs and when the score reflects that, Dornhelm wrote. He added, “It generally takes a few months for the effects of that event and the accompanying financial strain to start to show up in consumers’ credit reports, in the form of rising balances, credit-seeking behavior, and eventually for some, missed payments.” In other words, it wouldn’t be a surprise if continued unemployment sent the average score down in the coming months.

How can you keep your credit score up?

There are some things you can do to help keep your credit score healthy even if you’re struggling during these trying times.

Be proactive. Check your credit report regularly so you know what’s in it and are aware of any changes, says Rod Griffin, senior director of public education and advocacy for Experian. The three major credit-reporting agencies announced earlier this year they will provide free weekly credit reports.

Stick to the basics. Despite changes to scoring models, remember that the key ways to keep your credit score healthy are still the most important.

Priority one should be keeping the accounts you currently have on track, McClary says. That means continuing to make at least your minimum payments on time, and managing your debt so you don’t fall behind. There are organizations — like the National Foundation for Credit Counseling — that can help you navigate the process if you feel overwhelmed.

Talk to your lenders early. Let them know what’s going on and ask how you can best take advantage of available programs like forbearance and deferments, Griffin says. You can also ask for a disaster code to be added to your report — which are more commonly used for natural disasters but can also be pandemic-related — to indicate you’ve experienced a disaster when asking for accommodations like forbearances.

Credit scores are essential to your future financial opportunities.
Identifying and resolving fraudulent activity could save you money in the long run.
Get a Copy of Your Credit Report Today

New Money Study: How the Pandemic Is Changing Americans’ Credit Card Habits, From Spending to Paying Down Debt

Money’s Best Banks: Why Capital One Is Our Pick for Best National Bank±±