Where the 2016 Democratic Candidates Stand on College Affordability 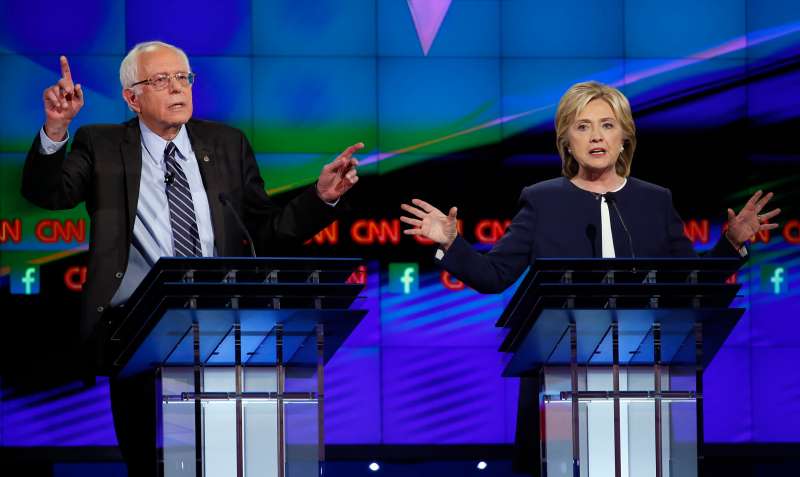 College affordability has emerged as a major issue for Democratic presidential candidates in the last few months. And while the candidates didn’t get deep into the details of their respective plans Tuesday night, the topic was mentioned multiple times during the debate.

Hillary Clinton mentioned the need to drive down the “outrageously high” cost of college. Martin O’Malley highlighted a four-year tuition freeze at Maryland’s public colleges while he was governor. And Bernie Sanders, the independent senator from Vermont, twice said that he wants Wall Street to pay for students’ tuition.

Here’s what they said about college affordability in their words, and a few of our words to help you make sense of it.

Clinton’s plan would charge families based on what they can afford to pay, and she’s criticized Sanders’ plan for giving free college even to wealthy families. Under Clinton’s proposal, students would be expected to contribute earnings from working 10 hours a week. (For more on the other components of her plan, including ideas on loan refinancing and federal grants to help states drive down the cost of college, read here.)

Sanders followed this quote by saying that the country doesn’t need a complicated system based on income levels to set college costs. Instead, tuition should be free for anyone who wants to attend a public college or university. His plan, like Clinton’s, includes a federal-state partnership for funding, and he’d pay for the federal portion by taxing Wall Street transactions. While Sanders wouldn’t require students to work, he does want to increase funding for federal work-study on campuses.

O’Malley didn’t get in as many words as Clinton and Sanders all night, so we’d cut him a little slack for talking less about his college plan than the other two. Here’s what we do know: O’Malley has said he wants to let people with student debt refinance their loans and that he would automatically enroll all borrowers in income-based repayment plans. He’d also like to limit tuition at four-year public colleges to 10% of a state’s median income. Here’s what we don’t know: How he’d pay for it or how much it’d cost.

Which brings us to one thing that was missing in both Clinton and Sanders’ debate talk: The little detail of a price tag. As critics of debt-free college like to point out, nothing is free. Sanders’ plan is estimated to cost $70 billion a year, while Clinton’s would run about $35 billion a year.

For readers who didn’t watch the debate, we’re not playing favorites. The other two candidates on stage, Jim Webb, a former senator from Virginia, and Lincoln Chafee, former Rhode Island governor, didn’t discuss college costs or student debt at all.

To find out what else the candidates said about your money, read here.

For more college-related coverage from Money, check out our College Planner website and its Find Your Fit tool, which lets users search for schools based on what’s important to them.