5 Signs That EpiPen Prices Are Completely Out of Control 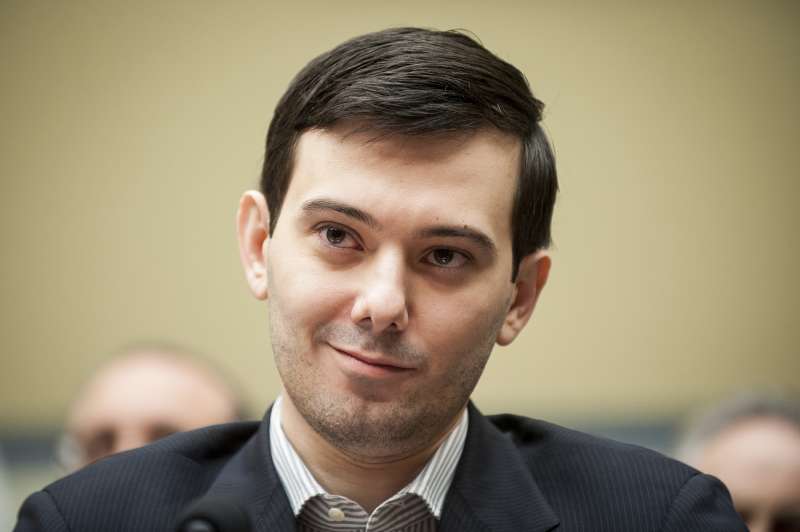 For parents of children with allergies, back-to-school shopping lists often include a special item beyond the usual notebooks, pens, and glue. Kids with allergies generally need to be sent to school with a (nonexpired) pack of EpiPens, the life-saving device that can give a quick, safe injection of epinephrine should the child suffer a severe allergic reaction.

EpiPens expire once a year, and families tend to need at least two packs—one for home, one for school. And this year, families with allergy sufferers have been outraged at how expensive EpiPens have become, with retail prices listed at $600 and beyond. We’ve written about EpiPen pricing in the past, but the advent of back-to-school season and a fresh round of media coverage has brought the issue—and the outrage—freshly into the spotlight. Here’s a handful of signs of how out-of-control EpiPens have gotten.

1. The 400% Price Increase Is an Underestimate

Most of the recent coverage of EpiPens, including last week’s stories in the New York Post and NBC News, say that prices for the life-saving product have increased “over 400%.” That’s based on estimated prices of around $100 for an EpiPen two-pack in 2008, up to around $500 today.

At the prescription-pricing site GoodRX.com, however, EpiPen prices for cash-paying customers are estimated at $735 at CVS, and up as high as $840 (at Kmart), though in both cases patients would pay about $650 with a “free coupon.” The point is that prices have increased in the neighborhood of 600% or 700% over the past decade, not merely “over 400%.”

Even though an EpiPen could save a patient’s life, some allergy sufferers are forgoing them because they are just too expensive. Others are hanging onto expired EpiPens and crossing their fingers, hoping that they work in the event of an emergency.

One woman who is allergic to shellfish told the Denver Post that she headed to China this summer only with expired EpiPens and is “praying nothing happens!” She has health insurance, but even after an adjustment each new pack of EpiPens would have cost $380, up from $55 not long ago. So she decided to take her chances while she spends a month teaching English at university: “I have my allergies written in Chinese for all of the canteen and restaurant staff and just hope they understand what it says and means. So far, because of the location I am in and the kind of food they prepare here, I have been OK.”

Others are importing EpiPens for under $100 from Canada and overseas websites—an act that the FDA says is technically illegal and potentially dangerous. Still others are buying syringes and epinephrine, the active ingredient in EpiPen (which is really just an injection system). This strategy costs only about $20 for a three-month supply, but doctors worry it’s dangerous as most allergy sufferers haven’t been taught properly how to inject themselves.

3. Families and Doctors Are Voicing Their Outrage

On social media, people are using the hashtags #epipen and #mylan (the name of the company that makes EpiPen) to bash rampant price-gouging. “I can not believe how money hungry Mylan is,” one mom wrote on the Facebook page of Mylan, which reportedly has a 55% profit margin on the product. “Your massive price hike on the life saving epinephrine my daughter needs for severe peanut and tree nut allergy is unconscionable.”

Read Next: Prescription Drug Prices in America Are Rising Like No Other Industry

“Great job ‪#‎Mylan‬… way to make it so that people will die after getting stung by a bee,” another user commented on Facebook. “Good move. A**hats.”

Speaking about EpiPen’s insane pricing, Dr. Douglas McMahon, a Minnesota allergist, told the (New York) Daily News, “I have patients who are afraid to walk outside or go to restaurants because of this.” In response, McMahon is attempting to develop his own auto-injecting system to compete with EpiPen, and he says that even if one day it is bought by a large pharmaceutical company, he would mandate a price cap. “Nothing justifies this price increase,” he said of Mylan.

For its part, the company has maintained that the price “has changed over time to better reflect important product features and the value the product provides.”

4. Politicians Are Getting Involved Too (Finally!)

People have been urged to write letters to Congress for an investigation into EpiPen pricing, and even though the pharmaceutical industry spends more money in lobbying than any other, at least some of our political leaders are getting the message. Over the weekend, U.S. Sen. Amy Klobuchar of Minnesota called for a judiciary investigation into the matter, including a demand that Mylan decrease EpiPen pricing. “This outrageous increase in the price of EpiPens is occurring at the same time that Mylan Pharmaceutical is exploiting a monopoly market advantage that has fallen into its lap,” she wrote.

Read Next: This Is Why the U.S. Pays More for Prescription Drugs Than Other Countries

“I have heard from parents and first responders across Connecticut who are terrified that this steep price increase could put epinephrine out of reach for American families—and literally cost lives,” U.S. Sen. Richard Blumenthal of Connecticut said in a statement released to NBC News, when asked to comment on EpiPens. “Sadly, this case is just the latest in a greedy trend of skyrocketing prescription drug prices that are hurting consumers, limiting health options, and strangling our economy. I will investigate this shocking increase and continue doing everything I can in the Senate to combat the rising cost of prescription drugs across the board.”

[UPDATE: On Monday, Sen. Blumenthal sent a letter to Mylan (and simultaneously made it public) demanding that the company “take immediate action to lower the price of EpiPens for all Americans that rely on this product for their health and safety.”]

Hated “Pharma Bro” Martin Shkreli, famous for jacking up prices 5,000% overnight for some drugs as CEO of Turing Pharmaceuticals, says that Mylan has crossed a line with its EpiPen price hikes. “These guys are really vultures. What drives this company’s moral compass?” he said to NBC News.