How Companies Block Your Day in Court 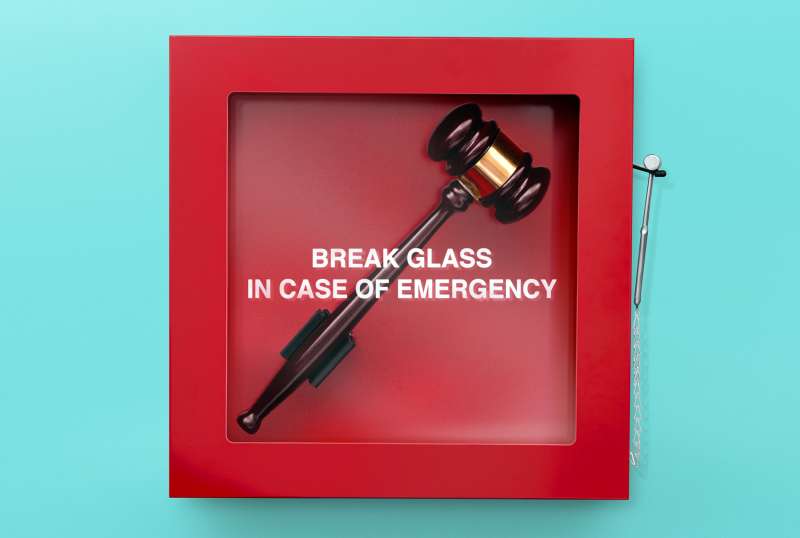 Your checking account balance is wiped out because of a massive fraud. The bank failed to protect you, but you can’t sue. Why? You’ve signed a contract barring you from taking it to court.

If that sounds surprising, you have company. Three out of four people surveyed by the Consumer Financial Protection Bureau last year did not know whether they had signed away their right to bring a lawsuit against a financial company. That’s because these restrictions—known as mandatory arbitration clauses—are usually hidden in contract fine print. Yet they’re pervasive. If you watch videos on Netflix or shop on Amazon, you’re governed by one of these clauses. Ditto, most likely, if you have a cell phone plan with a major provider; you may even see them in nursing-home and employment contracts.

The clauses force you to use a private forum to settle disputes—giving up the judicial system for one that, opponents say, has an inherent bias against consumers. “The problem with arbitration is that the arbitrators often come down on the side of the company and have cozy relationships with industry,” says consumer class action attorney Carl Mayer.

To address the issue, the CFPB recently proposed a ban on credit card and lending contracts that bar users from participating in class actions. If approved, a rule could take effect as soon as next year, eventually letting millions more people take disputes to court.

Yet even if the rule moves ahead, it won’t apply retroactively. For now, you need to know when you’re stuck and how to fight back.

If you find yourself in a financial dispute—a billing conflict, say, or a breach-of-contract claim—start by checking whether you signed away your legal options. Look up the agreement on the company’s website (Google “user agreement” plus the company’s name), or call customer service to get a copy. Then scan the document for any language referring to “arbitration” or “dispute resolution.”

Striking out? Try the Consumer Clause Registry, a database managed by the American Arbitration Association. The site lets you search the arbitration clauses of more than 350 businesses, but it’s clunky and you’re going to have to jump through multiple screens.

Some companies do let you opt out of forced arbitration clauses, but you usually need to do so soon after signing up. (Translation: Once you’re doing battle, it’s probably too late.) With new providers, look for opt-out instructions within the contract, says Sabrina Rose-Smith, a partner with Goodwin Procter who handles corporate disputes.

Even if you’ve signed an arbitration clause, check whether the amount at stake is below your state’s small-claims threshold; most contracts have an exception for such claims. Legal site Nolo has a 50-state chart of the various dollar limits, which range from $2,500 to $25,000. If you’re below that threshold, use the small-claims process, lawyers say.

Above that, you’re most likely heading to arbitration. Your customer agreement should spell out how to proceed. Typically you’ll need to send the company a letter within a set time period, outlining the conflict and requesting arbitration, Rose-Smith says.

Know when to get help

Even in arbitration, you’re entitled to legal representation. And if you’re fighting over a big enough amount—in a wrongful termination case against an employer, for instance, or a dispute over a nursing-home patient’s death—hiring an attorney can pay off.

People with lawyers were more likely to reach an agreement with a provider, instead of having an arbitrator determine a final award, the CFPB found when reviewing cases with known outcomes. That’s important because when arbitrators decided, consumers won only 20% of the time—and recovered less than a third of the amount asked, on average.

One downside: Even if you win, you may wind up on the hook for attorney fees. So for arbitration proceedings where less than $50,000 is at stake, engaging a lawyer can be cost-prohibitive. To limit upfront costs in those cases, Mayer recommends trying to hire an attorney on a contingency basis.

He also suggests that consumers look for younger, less expensive counsel. “Don’t be afraid to call the legal clinic of a local law school to see if they will help,” he says. “If not, maybe the dean can recommend some recent grads who are hungry to take on a small case.”