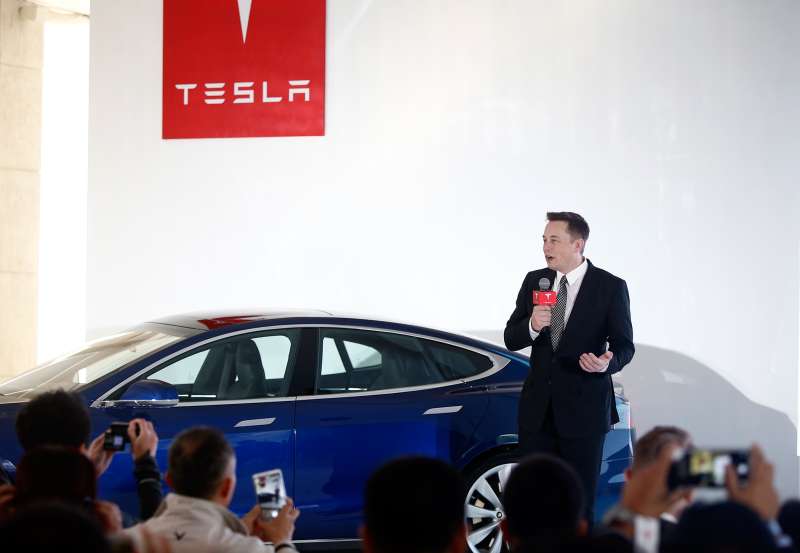 Elon Musk, Chairman, CEO and Product Architect of Tesla Motors, addresses a press conference to declare that the Tesla Motors releases v7.0 System in China on a limited basis for its Model S, on October 23, 2015 in Beijing, China.
VCG—Getty Images

Tesla shares have taken a big hit over the past couple of weeks — as has Elon Musk’s net worth.

As the electric automaker’s shares have fallen into bear market territory, the company’s founder and chief executive officer has lost $2.7 billion since June 25, when his net worth hit a high of $18.6 billion according to the Bloomberg Billionaires index.

During this same period, Tesla stock has fallen approximately 20%, which meets the technical definition of a bear. As for Musk, he was worth $15.9 billion just prior to the open of the market Friday morning, according to the index.

The high-tech automaker’s stock decline is the result of several negative developments. For starters, Tesla missed Wall Street’s consensus estimate for delivering vehicles in the quarter. Investors are now paying close attention to Tesla’s output, as the company gears up to begin mass production on its first non-luxury vehicle, the Model 3.

The 22,000 electric vehicles the company delivered in the most recent quarter also represented a drop from the prior quarter.

Company shares were also hurt by Volvo’s announcement that it would aim to have all its new cars be electric by 2019.

Tesla’s stock move meant General Motors reclaimed its spot as the most valuable auto company in the country.

In a note to clients, Goldman Sachs analyst David Tamberrino lowered his six-month price target for Tesla to $180 from $190, citing continued “undershooting” by Tesla on on production targets, and demand for Tesla’s Model S and Model X cars “plateauing.”

Musk himself has previously said his company’s shares are overvalued, most recently telling The Guardian of its then-$50 billion market cap, “I do believe this market cap is higher than we have any right to deserve.”