The Trump Who Champions Women in the Workplace 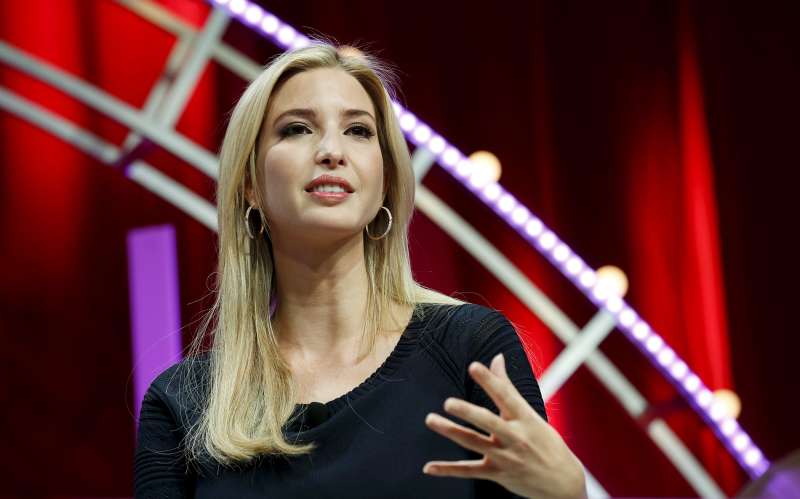 Could a Donald Trump presidency usher in a new era for professional women, built upon workplace flexibility and female empowerment? It could if he takes his daughter’s advice.

Ivanka Trump spoke to Fortune’s Pattie Sellers at the Most Powerful Women Summit Wednesday in a wide-ranging interview covering everything from hitting the right work-life balance (spoiler: there’s no perfect recipe) to her father’s run for the presidency.

But the biggest takeaway was that the corporate exec believes traditional notions about success in business are outdated, especially for women. In order for women to achieve true equality, companies needed to embrace flexible working schedules. “It’s about performance, it’s not about the hours you’re in the office, it’s about productivity,” Trump said.

Read Next: Ivanka Trump and the Growing Number of Women in Family Businesses

The mother of two (who has a third child on the way) went on to say that women shouldn’t be penalized for having a family. “Any company who doesn’t believe in equality for women … is just not going to be relevant going forward, they’re just going to fail.” She credits her father, Donald Trump—not the first person one might think of as espousing progressive views on workplace gender discrimination—with creating a work environment where all employees are empowered to succeed.

“I’ve seen him inspire tens of thousands of people … to achieve great things,” she said. “He’s an unbelievable leader, an unbelievable businessman, and I’ve seen it time and time again.” (Apparently these eight business failures are not representative of his business acumen.)

Trump was also open about what it takes to be both a mother and a high-level executive—namely, that something’s gotta give. Saying she prioritizes her children in the morning and evenings (she doesn’t take meetings after 5:30 p.m. in order to get home in time for dinner and bath time), Trump squeezes in emails and other projects late into the night, often getting only four to five hours of sleep.

“It’s not something I’m proud of, in an ideal world it’s not that healthy,” she acknowledged.

As America continues to debate paid maternity and paternity leave and more and more workers shift from full-time work to freelance and gig positions, the issue of work-life balance will only become more pressing. Candidate Trump would do well to take note.