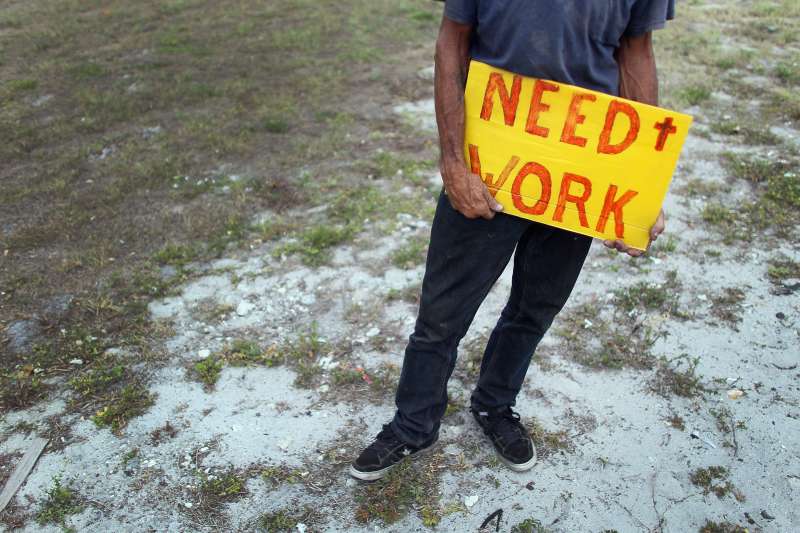 Stephen Greene works a street corner hoping to land a job as a laborer or carpenter on June 3, 2011 in Pompano Beach, Florida during the Great Recession.
Raedle, Joe—Getty Images

The Fed might be ready to hike interest rates given the health of the current economy, but JP Morgan told Business Insider that we’re headed for a rocky patch. According to their analysts, there’s a 76% chance of one happening in the next three years.

Since 1945, economic expansion has functioned in cycles, which average 69.5 months from recession to recession, according to the NBER. If you go back even further to 1854, there’s been a recession every 56 months. Recessions are normal and happen many times per decade.

Given their regularity, it shouldn’t be controversial at all to say that it’s unlikely for recessions to arrive super early in an economic cycle, and probable that they will come if a cycle is nearing the end of its typical period. Given that our last trough was in June of 2009, 6.5 years ago, a high percentage checks out.

Part of the reason why the relative certainty of our entering a recession soon is because we have “Recession” in our minds with a capital “R,” because we’ve just recently come out of the Great Recession—one of the worst to hit since the Great Depression. But not all recessions are like that one.

Read next: These 3 Maps Show Where the Great Recession Hit Hardest