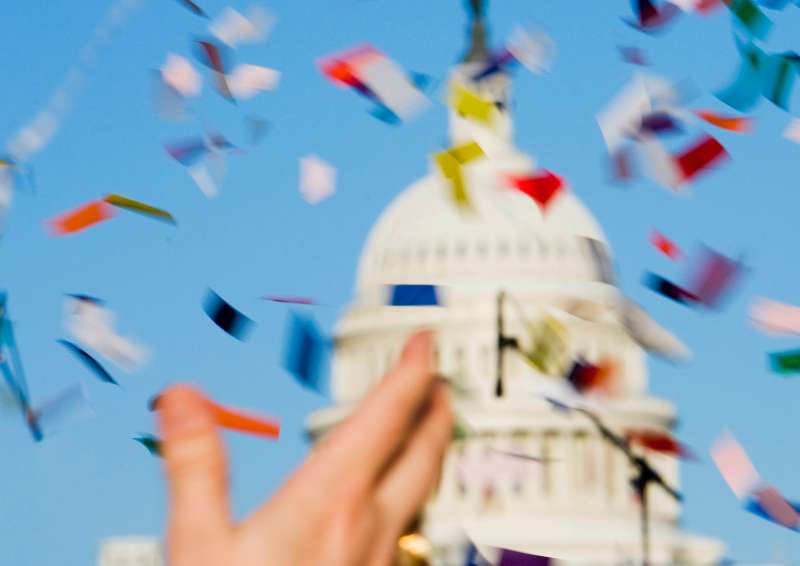 With Donald Trump entering the White House and Republicans in charge of both the House and Senate, what can lesbian, gay, bisexual, and transgender workers expect?

As with issues like health care and immigration, the policies that Trump will actually implement are unclear. In a recent interview with 60 Minutes, Trump appeared to dismiss fears about marriage equality being rolled back. “These cases have gone to the Supreme Court. It’s settled, and I’m fine with it,” he said.

But past statements from the president-elect indicate other rights may be at risk. For example, Trump has promised to nullify all executive orders signed by President Barack Obama, which would presumably include an order that protects LGBT federal workers from discrimination. He has also stated that if Congress passes the First Amendment Defense Act—a bill that would allow businesses and health care providers to legally discriminate against gay and transgender Americans for religious reasons—he will sign it.

“That’s a license to discriminate,” said Emily Martin, general counsel and vice president for Workplace Justice at the National Women’s Law Center. “Religion can be used to justify a lot of ugly things.”

Still, she said a lot will depend on who Trump appoints to various agencies. “Personnel makes a difference,” she said.

By that measure, LGBT workers have cause for concern. Vice President-elect Mike Pence, who is running the transition team responsible for filling thousands of positions in the new administration, is openly hostile to LGBT rights. As governor of Indiana, Pence passed a bill similar to the First Amendment Defense Act. And when he was in the House, Pence voted to add an amendment to the Constitution stipulating marriage is solely between a man and a woman. He also supports conversion therapy, treatment meant to persuade gay people to become heterosexual.

The official Republican Party platform echoes some of Pence’s positions. It calls for the reversal of marriage equality, states companies should be allowed to “decline to sell items or services to individuals for activities that go against their religious views,” and calls for the legalization of conversion therapy for minors. North Carolina’s infamous bathroom bill and other “religious freedom” bills that allow discrimination against gay and transgender people have flourished under Republican administrations at the state level.

As it stands, sexual orientation is not a protected class under Title VII of the Civil Rights Act of 1964, meaning people can be legally fired for being gay or transgender in the 28 states that have not passed anti-discrimination laws. The Equal Employment Opportunity Commission interprets Title VII to prohibit sexual orientation or gender identity discrimination; however, EEOC decisions are not binding on federal courts, and the Supreme Court has not ruled on this matter, according to On Labor.

Martin said it will be up to the private sector to continue to push forward with anti-discrimination policies. The vast majority of Fortune 500 companies prohibit discrimination based on sexual orientation or gender identity, according to the Human Rights Campaign. She also pointed to North Carolina, where a controversial bill forbidding transgender people from using public bathrooms that aligned with their gender identities has received major backlash from the business community, with serious economic consequences for the state.

“We definitely have seen a lot of companies taking the lead, saying ‘we don’t discriminate,'” she said. “Individual states can and should adopt laws prohibiting discrimination based on sexual orientation and gender identity.”