The Overlooked Mortgage Refinance Move That Could Save You Thousands 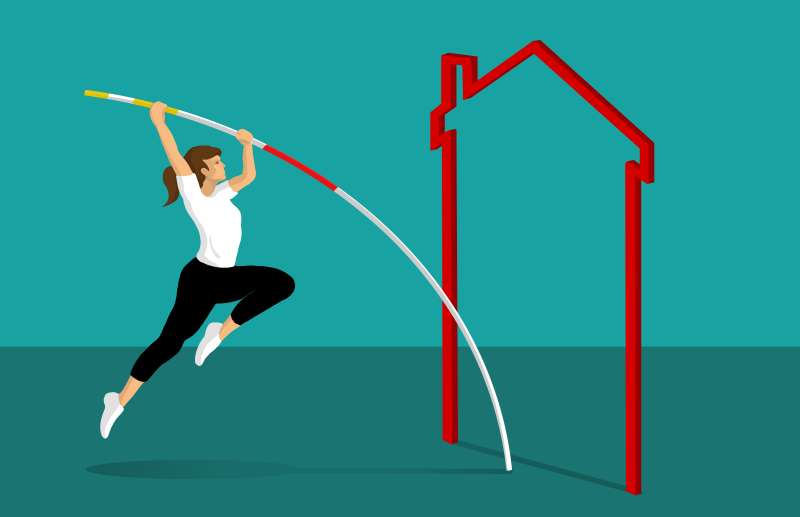 April 17 update: After staying steady for the past two weeks, interest rates edged lower this week to 3.31%, just 0.02% off the historic low of 3.29% set in early March, resulting in higher refinance activity as homeowners look for ways to reduce their monthly payments.

Mortgage rates are at record lows and homeowners are rushing to refinance. But many could be leaving their best option on the table.

With stock and bond markets roiled, mortgage rates have fallen to near-record lows. According to Freddie Mac, the average nationwide rate for a 30-year fixed-rate mortgage was 3.65% for the week ending March 29.

And that’s not even the lowest mortgage rate out there: The average nationwide rate for a 15-year fixed-rate mortgage dropped to 3.06%.

“The rule of thumb is, if you’re going to refinance to take advantage of the rates, you need a 50 basis point spread, and your payback is typically two-and-a-half years,” says Thomas Forker, senior vice president at Bryn Mawr Trust. This is a rough rule of thumb; you’ll want to do your own calculations. For instance, real estate data and advisory firm Black Knight uses a 75 basis point — that is, 0.75% — spread as a benchmark for determining if a refi is right for you.

While most people think about refinancing in order to lower their monthly mortgage payments, refinancing into a 15-year loan might make good economic sense for some homeowners. Only about one in 10 mortgage loans are written for 15-year terms, but it’s an option experts say more homeowners seeking to refinance should consider.

“You really want to lock on what’s the shortest term you can afford and go with it,” Forker says.

Select Your State to Start Refinancing Your Mortgage
A lower rate could translate to lower payments, which means you’ll pay less for your home overall.
GET STARTED

Not only is the interest rate itself lower, he says, but you’ll actually wind up shelling out far less to service that debt over the term of the loan. Here’s how the math breaks down for one hypothetical scenario: Say you bought a house five years ago and took out a $250,000 mortgage at a rate of 4.5%. If you refinanced into another 30-year loan at current rates (roughly 3.65%), you’d save $5,000 and drop your monthly payment from $1,266 to $1,044.

You can also split the difference. Although they’re not as common, if you elect for a 20-year mortgage, you can probably get a slightly lower interest rate (currently around 3.4%). Your monthly payment goes up to roughly $1,312, and you save $66,500 versus not refinancing at all.

“You can save a boatload of money over the long term by lowering the term,” Forker says.

Of course, this isn’t going to be a viable option for everyone. If you have high-interest debt like outstanding credit card balances, experts say it makes more sense to free up extra cash on a monthly basis so you can pay down those debts.

And paying more per month isn’t something that works for every household budget. But particularly for first-time homebuyers planning to refinance, there’s a good likelihood that you’re earning more today than when you bought your home if you were a young adult not yet into your peak earning years.

“A payment that was a stretch when they first bought the house is a more comfortable amount today,” Forker says.

The other thing to keep in mind about refinancing is that if you roll over a 30-year mortgage into a new 30-year loan, you stretch out the amount of time it takes before you pay off your mortgage entirely.

“On a refinance, it’s not always about lowering the rate to refinance. It also matters how long you have been in the current loan,” says Jacqueline Racz, a loan officer at Developer’s Mortgage Company.

For people contemplating retirement, this is an especially important consideration: Do you want to put off retirement, potentially for years, or take the risk of having to make mortgage payments on a fixed income? Yes, you can pay down your mortgage ahead of time, but that takes financial discipline.

“There are situations where a shorter term makes sense,” says Brent Weiss, co-founder of financial planning company Facet Wealth. “If a homeowner is close to paying off their mortgage, it may not make sense to reset the clock.”