Private Equity May Be Coming to Your 401(k). Investor Advocates Are Crying Foul 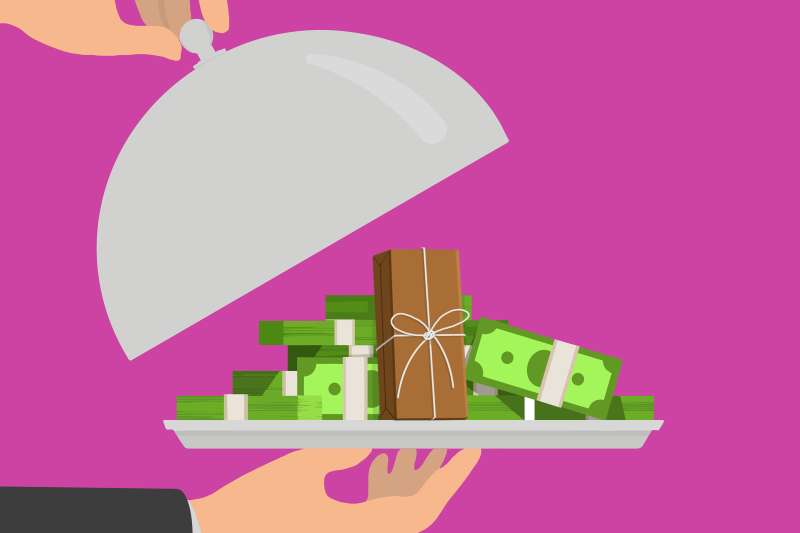 Private equity has long been an investment vehicle used mostly by institutions and the wealthy. Now it could be coming to your 401(k).

The Department of Labor (DOL) opened up the possibility of private equity in retirement accounts in an informational letter in June.

Private equity—investments made into companies that are not on the public market—is commonly used in pension funds, which provide retirement income for the mostly public-sector retirees who still receive guaranteed income from their former employer. But with the amount of pension plans in the U.S shrinking, the private equity industry now seems to have its eye on the $5.6 trillion 401(k) market.

Get the most out of your 401(k)
Reach your retirement goals with the help of Stash, an Online Stock Broker.
Get Started

Yet critics say these often pricey and illiquid investments have no place in workers’ 401(k)s.

The fees could be high

Several groups who advocate for consumers, workers, investors, and retirees—including the Consumer Federation of America and Economic Policy Institute—came together in a letter published late last month to urge the Department of Labor to withdraw its informational letter. Private equity investments “are likely to saddle middle-class retirement savers with high costs and lock them into unnecessarily complex investments that underperform publicly available alternatives,” the advocates wrote.

The best retirement savings vehicles are generally those that have low fees and are highly liquid, says Edward Gottfried, director of product at Betterment for Business, which provides retirement benefits for companies that want to offer a 401(k) via its robo-advisor platform.

“Fees really do compound over time, so the lower they are, the more money you end up with at the end of your retirement roadmap,” Gottfried says.

In order to make up for high fees, retirement savers would need to enjoy high rewards, which they wouldn’t necessarily see with private equity investments, says Barbara Roper, director of Investor Protection for the Consumer Federation of America. While research shows that the very top of private equity funds have posted superior returns, there’s no reason to believe that retirement savers’ money will be invested exclusively in those very top funds, she adds.

Also, the letter writers challenged the private equity industry’s claim that those who invest a portion of their assets in private equity are likely to experience better returns than those who only invest in publicly traded securities. “In the absence of standardized performance calculations, private equity funds can and do manipulate those performance comparisons,” they wrote.

Private equity investments are not traded on the public market, so transparency is also a concern. It might be hard to determine how that portion of your savings vehicle is performing over time, Gottfried says.

Private equity hasn’t been available in 401(k) plans before, so there are a lot of unanswered questions about what exactly this will look like in action, says James Watkins, an attorney and managing member of InvestSense, a consultant that helps pension plans and others meet their fiduciary duty to act in their clients’ best interest.

But one thing is certain for now: if you’re looking at a retirement plan menu, you won’t be able to pick direct investments in private equity à la carte style. The DOL offered this new guidance only on diversified investment vehicles, like target date funds (which minimize investment risk as workers get closer to a targeted retirement date).

Make sure that your 401(k) is where you want it to be.
Get an online stock broker like Stash to optimize your fund selection and meet your retirement goals.
Get Started

The DOL also limited target date funds’ overall exposure to private equity—but the reference was vague and causes concern, according to Roper.

While mutual funds have a 15% cap on illiquid assets (and private equity would be considered an illiquid asset), collective investment trusts aren’t subject to that mutual fund rule. For those trusts, which act like mutual funds but are people and organization’s assets grouped together by a financial institution to form one diversified portfolio, it’d be up to the fiduciary—the employer—to determine the cap, Roper explains.

Other considerations the DOL noted include that private equity investments must be independently valued by fiduciaries with investors’ best interests in mind.

There’s a lack of transparency

As private equity investments are—just as their name entails—private, the lack of information causes concerns beyond fees, experts say.

It can also be hard to value them. Roper points to WeWork as an example. The company went from having a $47 billion valuation to talk of bankruptcy when it filed for an initial public offering in just six weeks, Business Insider reported.

And in the case of WeWork, there were experts poring over the newly available information. In the case of 401(k)s, it’s regular workers (not investment experts) trying to determine the best way to plan for the future.

She also points out that target date funds are often the investment option workers are defaulted into when they are automatically enrolled into a plan, so there might not be any extra examination on their part.

Of course, the burden of research is not all on individuals. Protections in the Employee Retirement Income Security Act of 1974 (ERISA) require employers to act as fiduciaries and make prudent selections for retirement savers. But the lack of information around private equity investments could make it hard for companies to do due diligence, especially at smaller firms that might not have designated professionals to assess the offerings, Roper says. They could turn to their broker or fund company to help with the assessment, but those outside resources don’t have the same fiduciary obligation as the employer to act in the best interest of the individual investor, she adds.

Under ERISA, companies have a legal duty to their employees to act in their best interest when prudently selecting funds for their retirement accounts. While that might seem to complicate the inclusion of private equity, the DOL’s new guidance may give companies legal cover to offer the investment without risking lawsuits alleging that they’re shirking their fiduciary duty. In one such example, Intel faced a lawsuit for allegedly placing too much of an emphasis on hedge funds and private equity in retirement plans.

As this guidance was only recently issued by the DOL, people are still trying to understand what exactly it will look like in practice—so there likely aren’t too many cases of private equity investments already in 401(k)s, if any, Roper says. Watkins said he’s advising his client not to invest in private equity in their 401(k)s.

“I’ve told my clients, don’t even go there—and if you’re thinking of doing it—don’t go there until all these problems have been resolved,” he says.

Put a gold-backed IRA into your golden years.
Gold IRAs function much like traditional retirement accounts, but your investment is backed with gold and other precious metals, including silver, platinum and palladium. Click below to get started.
Start Investing

Yes, the World is on Fire. Here’s Why I Started Saving for Retirement Anyway