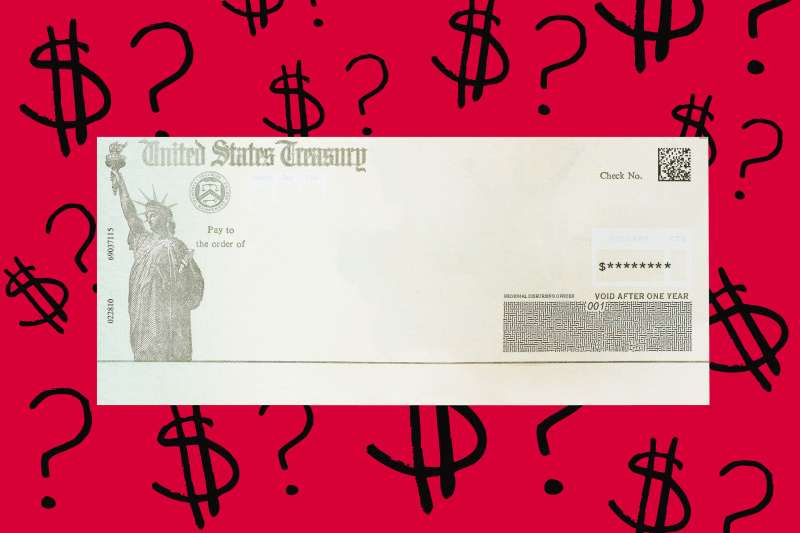 Senate Republicans introduced a series of new coronavirus relief bills the week of July 27 that includes a second round of stimulus checks for most Americans. The majority of taxpayers would have to take no action whatsoever to get their checks, and the payment amounts will be exactly the same as the first time around for most people.

So if you got a $1,200 stimulus check — or “Economic Impact Payment,” to use the IRS lingo — for coronavirus relief sometime over the past few months, you’ll probably receive another $1,200 payment in the near future.

However, there are changes to the proposed new stimulus payments that could affect how much you get in the second round — or even if you receive one at all.

In particular, the rules regarding the eligibility of dependents are different, and the big takeaway is that people who claim older dependents on their taxes can look forward to getting more money in the second round of stimulus check payments.

To improve your financial health, open a Checking Account.
Whether your financial landscape is well-established, or you're just beginning to build financial literacy, there are many advantages you'll experience by opening an account with BBVA.
Open an Account Today

The first stimulus checks, issued as part of the monumental $2 trillion CARES Act, gave a maximum amount of $1,200 per adult and $500 for each eligible child who was under age 17 and claimed as a dependent on one’s most recent tax return. This time, though, in what’s being called the HEALS Act (Health, Economic Assistance, Liability Protection and Schools), there are no age restrictions for dependents in the proposal. This means that dependents age 17 and over — including millions of college students — would be eligible for $500 each. A recent death in the family or a significant change in your income over the past two years could also affect how much you receive in the next stimulus check.

Below are more of the specifics. But first, bear in mind that the recently introduced GOP proposal is just that — a proposal. It has not been debated or voted on by Congress, it’s not yet law, and the exact terms for stimulus check amounts and eligibility could change if and when the time comes around that it’s approved and enacted by the federal government.

More than a week after the GOP introduced its proposal, officials from all sides of the political spectrum said they were skeptical an agreement would be worked out soon. “I’m not optimistic we’ll reach any kind of comprehensive deal,” White House Chief of Staff Mark Meadows told reporters on Wednesday, July 29. House Speaker Nancy Pelosi (D-CA) told CNN this week that Democrats are still pushing for a much bigger stimulus package — $3.4 trillion in funding — than the one proposed by Republicans (about $1 trillion).

On Tuesday, August 4, Senate Majority Leader Mitch McConnell (R-KY) released a statement, unsurprisingly blaming Democrats for the holdup with the legislation. “It has now been more than a week since Senate Republicans released a serious proposal for another major rescue package. A trillion dollars for kids, jobs, and healthcare. But Democrats are blocking it all,” McConnell said.

Without a deal in Congress or some temporary provisions, special federal unemployment payments of $600 per week expired on Friday, July 31 — and, obviously, no new stimulus checks have been issued.

Second Stimulus Check Update: Changes That Affect How Much You Get

On Monday, July 27, the Senate Committee on Finance, led by Sen. Chuck Grassley (R-IA), released a summary of new legislation introduced by the GOP focused on coronavirus relief for workers, families, and employers. In the sections on new stimulus checks and eligibility, the summary explains that income thresholds will be the same as the first time around: American citizens and resident taxpayers with adjusted gross income up to $75,000 if filing as individuals, or up to $150,000 for married couples filing jointly, can expect to receive $1,200 per adult.

On top of that, like the first round of stimulus checks, families can again receive up to $500 payments for each eligible dependent. However, more dependents will be considered eligible for these additional $500 payments in the second round.

Here’s the key change that could affect families that have older children who are still claimed as dependents, or other individuals who claim older adults as dependents, from Grassley’s legislation summary: “Unlike under the CARES Act where the additional $500 was limited to taxpayers with a dependent child under 17, the additional $500 will now be provided to taxpayers with dependents of any age.”

Do College Students Get Stimulus Checks in the HEALS Act?

But before America’s college students start coming up with plans to spend their money: Sorry, kids, you won’t personally receive $500 stimulus checks. The money would be sent as part of the payment to your parents, or to whoever claims you as a dependent for tax purposes.

It’s not just college students who would be newly eligible for the $500 payments. Anyone who is claimed as a dependent for tax purposes by another filer — including many non-college students in their late teens and 20s and older adult dependents who don’t file on their own — are eligible for the extra $500 apiece. Again, the money does not go directly to the dependent; it’s paid to the parents or whoever is claiming the individual as a dependent in their most recent tax return.

In most cases, the IRS determines whether you’re eligible for a stimulus check and how much you’ll get based on your most recent tax return. When the first stimulus checks were issued starting in April, many people had not yet filed their 2019 tax returns — because Tax Day had been postponed from April 15 to July 15 to give more people time for paperwork amid the pandemic. If the IRS hadn’t received and processed your 2019 tax return by the time it was ready to issue you a stimulus check, the agency used the information on your 2018 return to figure out how much you should get, or if you should get one, period.

Here’s what the Committee on Finance summary says about how the IRS and the Treasury Department will determine stimulus check (i.e. “rebate payment”) eligibility now: “For the vast majority of Americans, no action on their part will be required in order to receive a rebate payment, as the IRS will use a taxpayer’s 2019 tax return if filed, or their 2018 return as a secondary alternative.”

What this means is that if you received a first stimulus check based on your 2018 tax return, and you’ve subsequently filed your 2019 return and have experienced a notable change in income, it could change how much you get from a second stimulus check. Say, for example, you’re an individual filer and your 2018 return indicated your adjusted gross income (AGI) was under the $75,000 threshold. In that case, you should have received a $1,200 stimulus payment. But, if you made more money last year and your recently filed 2019 tax return indicates your income was over $99,000, you would then receive no stimulus payment in the second round.

On the other hand, if you suffered a significant decrease in income from 2018 to 2019, that could mean your stimulus payment would be higher this time. Other changes from your 2018 to 2019 taxes, such as if you had a new child and therefore have another eligible dependent, could also mean you’ll get a higher stimulus check amount soon.

Take note that regardless if you believe you received the “correct” stimulus check amount in the first or second round, the IRS says any issues will be resolved by the time the next tax season rolls around. As my colleague Prachi Bhardwaj explained a while back: “After taxes for 2020 are filed, the Internal Revenue Service will reassess to see if anyone qualifies to get more money based on their 2020 returns, but it won’t reassess to see if anyone no longer qualifies or should get less money.”

What About Stimulus Checks to Deceased People?

Finally, here’s one more complication that could mean your second stimulus check will be lower than the first one. The IRS issued an unknown but apparently large number of stimulus payments to deceased individuals — and then agency either cancelled the checks or asked recipients to send the money back.

According to rules laid out by the IRS, anyone who has died before receiving their stimulus check is ineligible for payment. For example, if a married couple was issued a $2,400 payment but the husband passed away before the money arrived, the widow would have been expected to return the husband’s portion ($1,200) to the government.

The IRS says it “worked with unprecedented speed to issue Economic Impact Payments to individuals” starting in March and April, and that’s the reason why dead people received payments by mistake. At least in theory, this time around, the IRS has updated information and should have a better grasp on matters, and payments should not go to quite as many deceased individuals.

What if you’ve experienced a death in the family in between the time the first stimulus check was issued and before the second one arrives? In that case, the IRS may very well unknowingly send a payment that includes money for the deceased individual. But at some point, it can be expected that the IRS will ask for this money back.

Here’s Who Gets a Second Stimulus Check, and How Much It’ll Be — Most Likely

The IRS Wants Some People to Mail Back Their Stimulus Checks