The IRS Wants Some People to Mail Back Their Stimulus Checks 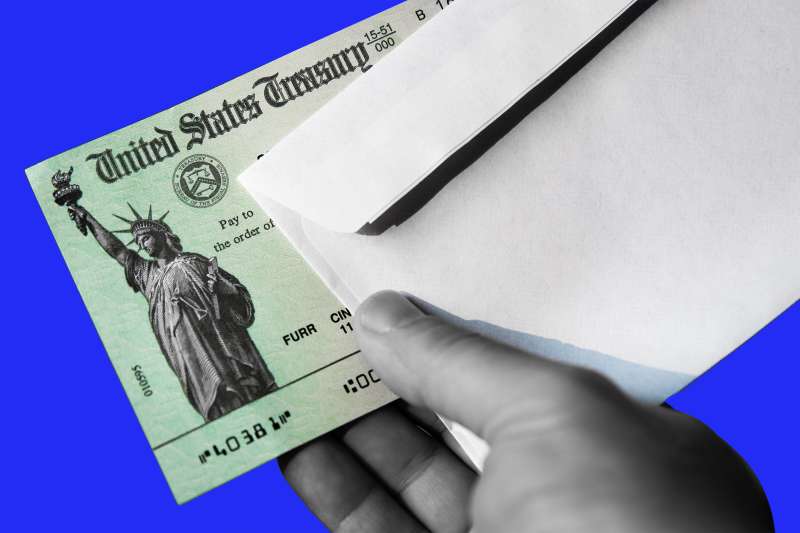 The IRS has made some mistakes with the stimulus check program, and now Uncle Sam is asking for certain people to send their payments back.

Ever since the CARES Act passed and promised coronavirus relief payments of up to $1,200 per adult to millions of Americans, people have had questions — from who is eligible and who gets paid first, to how do you track your stimulus check, and what do you do if the payment is the wrong amount or was sent to the wrong bank account.

Recently, the IRS tried to clarify one of the more puzzling matters: What should you do if a stimulus check was issued to a dead person?

It’s unclear how many widows and other family members of the recently deceased are in this situation right now. Through the first four weeks of the program, the IRS sent out 130 million payments, and expects to send roughly 150 million stimulus checks overall. And on May 6, the IRS added new language to its FAQ page for Economic Impact Payments (a.k.a. stimulus checks), stating that people who have died are not eligible for payments.

In fact, checks issued to dead people are supposed to be sent back or repaid. Here’s exactly what the IRS says:

Now the IRS is saying otherwise. Even so, it remains unclear what will happen if an ineligible stimulus payment is not returned to the IRS. (More on this below.)

Who Else Is Not Eligible for a Stimulus Check?

As of May 6, the IRS also clarified that a couple other groups of people are not eligible for stimulus payments, and that any such payments should be returned: incarcerated people and “aliens” (a.k.a. non-citizens) who are either nonresidents or non-qualifying residents.

Exactly who counts as incarcerated for the IRS’s purposes — and therefore is ineligible for $1,200, and is supposed to pay the money back it’s been received — can be complicated. Do people who were in jail when the CARES Act passed but are now free qualify? Here’s what the IRS says with the respect to the issue, and you’ll probably need an accountant to sort this out: “A person is incarcerated if he or she is described in one or more of clauses (i) through (v) of Section 202(x)(1)(A) of the Social Security Act (42 U.S.C. § 402(x)(1)(A)(i) through (v)).”

If you are not a U.S. citizen, the IRS considers you to be an alien. Nonresident aliens, or undocumented immigrants, are not eligible for payments. (Take note that some independent coronavirus relief funds are providing emergency aid for people who fall into this category.) Resident aliens are eligible for payments only if they have a valid Social Security number and are considered “qualifying” by the IRS — typically meaning you have a green card and/or have lived in the U.S. at least 31 days this year and 183 days over the previous three years. (Here’s more about how the IRS determines tax status for aliens, and definitions of things like resident aliens vs. nonresident aliens.)

If the IRS says you are not eligible for a stimulus check but you or someone in your family received a payment anyway, the agency expects you to return it.

Take note that, according the IRS language, even someone who died very recently might not be eligible. If your spouse or family member died at any time before you received the payment — even one day beforehand — technically, the IRS says this person is ineligible, and the money should be returned.

On the other hand, the IRS says that U.S. citizens living abroad are eligible for stimulus payments, and people living in U.S. territories, such as Puerto Rico, Guam, and U.S. Samoa, are also generally eligible to receive payments.

How to Return a Stimulus Check for a Deceased Person

In addition to new explanations about dead people and the incarcerated being ineligible for payments, the IRS has a new entry in its stimulus payment FAQ page (Q41) explaining how to return a stimulus check.

Basically, if you received a paper stimulus check from the Treasury Department and it hasn’t been deposited, you should write “VOID” on the back, pop it in the mail to your regional IRS location, and “include a note stating the reason for returning the check,” the IRS says.

If you received an ineligible payment via direct deposit, or you got a check and already deposited it, the IRS expects you pay the money back, via personal check or money order made out to the U.S. Treasury. You are asked to write “2020EIP” on the check, and also write the Social Security number or ITIN (Individual Taxpayer Identification Number) of the ineligible recipient on the check. Please also “include a brief explanation of the reason for returning the EIP,” the IRS says.

What Happens if You Don’t Return a Stimulus Check?

While the IRS certainly seems clear in its guidance that some stimulus payments are ineligible and should be returned, tax experts aren’t so sure.

Garrett Watson, a senior policy analyst at the nonprofit Tax Foundation, told Money that there are many questions about the IRS’s guidance concerning who is and isn’t truly eligible for stimulus payments.

What’s more, because each stimulus payment is technically an advance rebate based on your tax returns for past years, it looks like someone who died over the past year could be eligible for a check. “If a deceased person was alive in 2019, for example, arguably they should qualify for an advance rebate based on their 2019 income,” Watson said. “It looks like the IRS is disqualifying both groups fairly broadly.”

Nina Olson, executive director of the Center for Taxpayer Rights, has also questioned how and why the IRS decided to ask for these payments back. “What is the legal reasoning for this and why is this position different from the IRS’s position in 2008?” Olson told AARP, noting that the IRS made little effort to retrieve similar “ineligible” payments during the Great Recession. “The government is entitled to change its mind, but without explaining its rationale, this position appears arbitrary and capricious.”

So what happens if you don’t return a stimulus payment the IRS deems as ineligible? Surely, some people won’t return the money, either because they’ve already spent it, they are unaware of the IRS’s rules, or they simply don’t want to pay it back.

No one really knows what the IRS will do come tax time next year — but the answer may be nothing.

“I suspect the IRS will encourage people to return payments given incorrectly, but it’s less likely the agency will pursue people legally or through the 2021 tax season,” the Tax Foundation’s Watson said. “It’s important to note that the IRS FAQs are not considered legal documents or even formal guidance, so while they are helpful in establishing the agency’s position, we’d need more details before knowing whether they’d have a strong case to pursue individuals legally over the payments.”

Money asked the IRS for comment, and this story will be updated if we get a response.

Use your non-taxable stimulus check to fund a high-yield savings account.
Even if the money isn’t needed now, having it available for a rainy day can provide some peace of mind. Click below to open an account today.
Open an Account Today

Will You Get a Second Stimulus Check for Coronavirus?