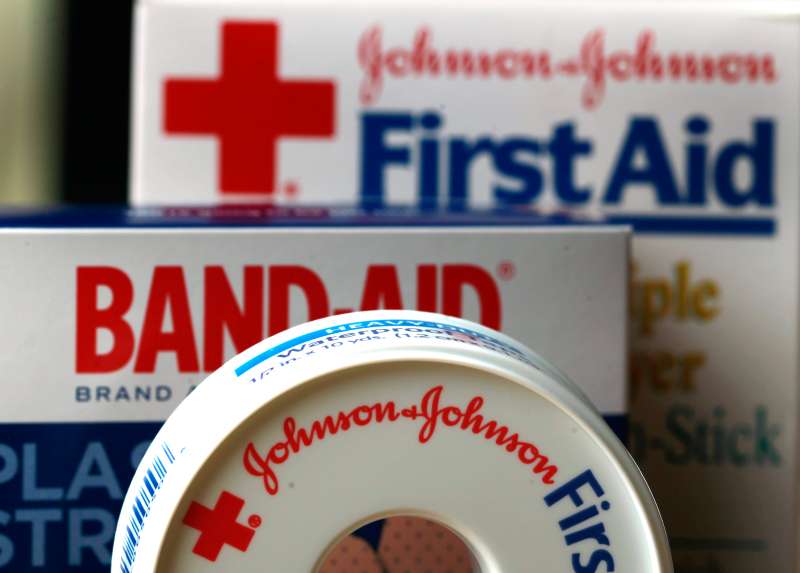 Johnson & Johnson endured a difficult first quarter. Profits at the healthcare behemoth declined by almost 9%, and the company lowered earnings projections for the rest of the year.

Part of the blame went to poor sales of a particular hepatitis drug. But J&J also took a hit from something that its executives can’t in any way control: foreign exchange.

Over the past 12 months, the U.S. dollar has gained against every major currency, according to data from Bloomberg, including more than 20% against the euro.

That can be pleasant for American consumers and travelers, whose dollars can suddenly buy more imported goods and stretch further when spent abroad in places like Europe.

But a strong dollar can also have negative consequences, and the losers include multinational American companies like J&J that sell goods overseas, where American exports are suddenly more expensive than before and thus less competitive. Indeed, currency fluctuations sliced the company’s earnings by 7.2%.

What’s more, there’s reason to believe this kind of impact will be felt across the U.S. economy. The International Monetary Fund recently projected that currency effects would decrease U.S. economic growth this year by half a percentage point, to 3.1%.

In light of all this, investors may be wondering if they should make some changes to their domestic stock portfolio, perhaps lightening up on companies with lots of international business. Here are two reasons to hold off.

The Strong Dollar Is Already Baked Into Stock Prices

Intelligent folks can disagree on the efficient markets hypothesis, which holds that share prices always reflect all relevant information. But at least some of today’s currency issues are already cooked into company stock prices.

In other words, it’s probably too late to avoid the negative currency effects—and selling now might mean missing out when the currency pendulum swings the other way. You can see that in Johnson & Johnson: While the company’s numbers look bad on paper, they actually outperformed analysts’ expectations. The company’s stock was unchanged yesterday, and is actually up a bit over the past month.

That’s also true of the broader U.S. stock market: The S&P 500, which collectively takes in about half of its revenue from overseas, is up almost 2% so far this year.

Moreover, Europe won’t stay on its current economic path forever. Eventually the economies of its member nations will improve, the European Central Bank will stop buying bonds, and interest rates will one day rise. When that happens, demand for euros will increase.

One reason the greenback has performed so well against other currencies is that our monetary policy looks downright hawkish by comparison. The Bank of Japan and the European Central Bank are holding down interest rates and buying up bonds in an effort to lower interest rates, stimulate spending, and improve economic growth. If that plan sounds familiar, that’s because the U.S. Federal Reserve spent years doing the same thing. These days the conventional wisdom is that the Fed will start to raise rates this summer or fall, thereby making dollars more desirable.

But the conventional wisdom isn’t always right—and in fact economic data over the past couple of weeks has revealed some weakness in the U.S. Last month’s jobs report showed employers adding fewer workers than expected, while retail sales underperformed as well. And while a plurality of economists polled by Bloomberg couple of weeks ago estimated that the Fed would raise interest rates in June, the most recent poll shows that a majority now think that increase won’t be announced until September. As a result, the dollar has actually underperformed the yen, euro and pound over the past month.

Which all means that you can be made to look silly by trying to time the market.

“From the prospective of individual investors with an intermediate to long-term time horizon, you shouldn’t be focused on the dollar,” says John Toohey, head of equities at USAA Investments. “It all tends to even out over time.”