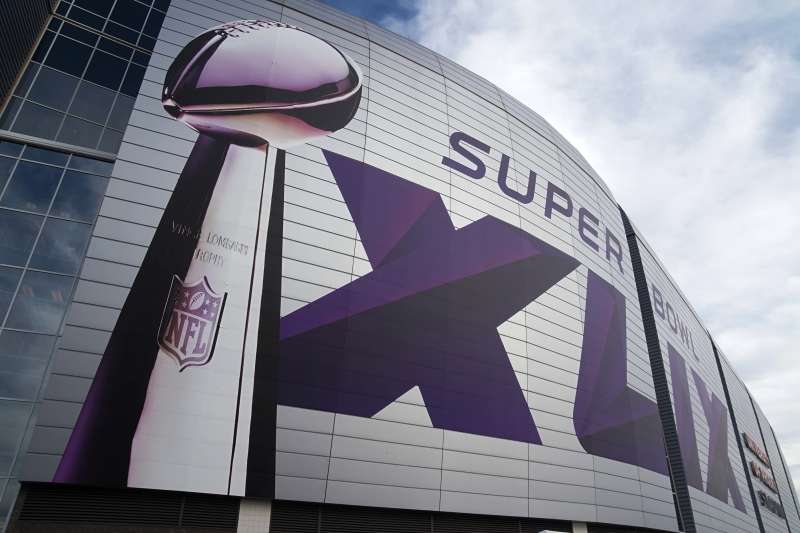 The exterior of University of Phoenix Stadium, host of the 2015 Super Bowl, in Phoenix, Arizona.
Gene Lower—AP

This wasn’t how we were told things would play out.

Generally speaking, every year, there’s a predictable arc to Super Bowl ticket prices on the secondary market. The market rate for Super Bowl tickets tends to be high (perhaps three times face value) in the days before the AFC and NFC Championship games, and then once it’s clear who will play in the Super Bowl, there’s usually a price spike as fans clamber for the chance to see their team win the title. After this initial wave of purchases subsides, prices tend to drop as Super Bowl Sunday nears and sellers don’t want to get stuck with seats at the last minute.

Understandably, the trajectory and peak for pricing is a little different every year, depending on which teams are squaring off and where the game is being played. Projections for the 2015 Super Bowl’s ticket prices called for seats to be less expensive than usual, supposedly because of “fatigue” among fans of the two teams in the game, the New England Patriots and the Seattle Seahawks, who have both played and won it all over the past decade.

Yet the price drop almost everyone expected over the past couple of weeks never took place. Soon after the AFC and NFC Championship games ending, asking prices were relatively cheap, with the average ticket selling for around $2,900 and the cheapest tickets available for roughly $1,900. At the start of this week, the average list price was up to $6,500 and the “cheap” seats were at least $4,200.

That’s at the sites that actually had access to tickets. As of midday on Friday, popular secondary ticket exchanges like Vivid Seats and Razor Gator had posted messages to the effect of “Sorry, but we currently have no tickets available for this event.” StubHub listed fewer than 300 seats available for purchase, with asking prices ranging from roughly $7,500 to $40,000. The NFL’s official Ticket Exchange by Ticketmaster site listed 109 tickets for sale, with individual seats starting at $6,500. Anyone interested in a pair of seats together would have to pay at least $7,800 per ticket. Face value for Super Bowl tickets ranges from $800 to $1,900.

What caused the ticket supply to shrink and prices to go totally bonkers? In its Thursday release about skyrocketing prices, StubHub accused a handful of unnamed large ticket sellers in control of most of the Super Bowl ticket inventory of colluding with each other and manipulating the marketplace. “A consolidation of supply has allowed sellers to manipulate the marketplace and made it near impossible for any last minute fans to attend the game,” StubHub global head of communications Glenn Lehrman said in the release.

At the start of this week, the explanation for the unexpected rise in prices was that many brokers had been “short-selling” tickets, based on the assumption that the previously established pattern would hold true and prices would fall as Super Bowl Sunday neared. To short-sell tickets, “a broker typically lists tickets in a generic section of the stadium and doesn’t disclose exactly where the seats are until the Wednesday before the game,” as a post by ESPN’s Darren Rovell explained. “The idea for the brokers is to take money from ticket buyers when the tickets are at a higher price after the conference title games, then actually buy the tickets days later as the prices start to come down.”

Apparently, tons of brokers hopped on board this scheme of selling tickets on “spec”—only when the time came to buy actual seats later on as promised, the going prices in the marketplace were far higher than brokers had anticipated. In the investing world, they call that a “short squeeze.”

StubHub says that the collusion of a few large ticket sellers has limited supply to “essentially short-squeeze brokers and make the marketplaces” such as StubHub and VividSeats “buy up the supply at upwards of 4x market value.”

One clear end result is that unless you’re rich or the Mayor of Glendale, Ariz., the host town for this year’s Super Bowl, you’re basically out of luck in terms of getting tickets to the game. Everyday fans are the big losers in all of this. On the other hand, the ticket sellers being accused of rigging the game—the ones who allegedly held back supply and pushed prices skyward—have been cashing in over the past few days.

As for secondary market sites like StubHub and TiqIQ, as well as the smaller brokers whose sales take place on these sites, the results are somewhat muddled. “At the end of the day, many brokers took a big hit from this, while very few made a profit,” TiqIQ’s Chris Matcovitch said in an email. In some cases, the secondary market sites have felt forced to pay far above market rates in order to save face and not have brokers breaking the promise of tickets sold on spec. According to TiqIQ, overall ticket prices on its site have been average as far as Super Bowls go, though the volume of sales is down “significantly.”

So we’re got another NFL scandal on our hands. How surprising.