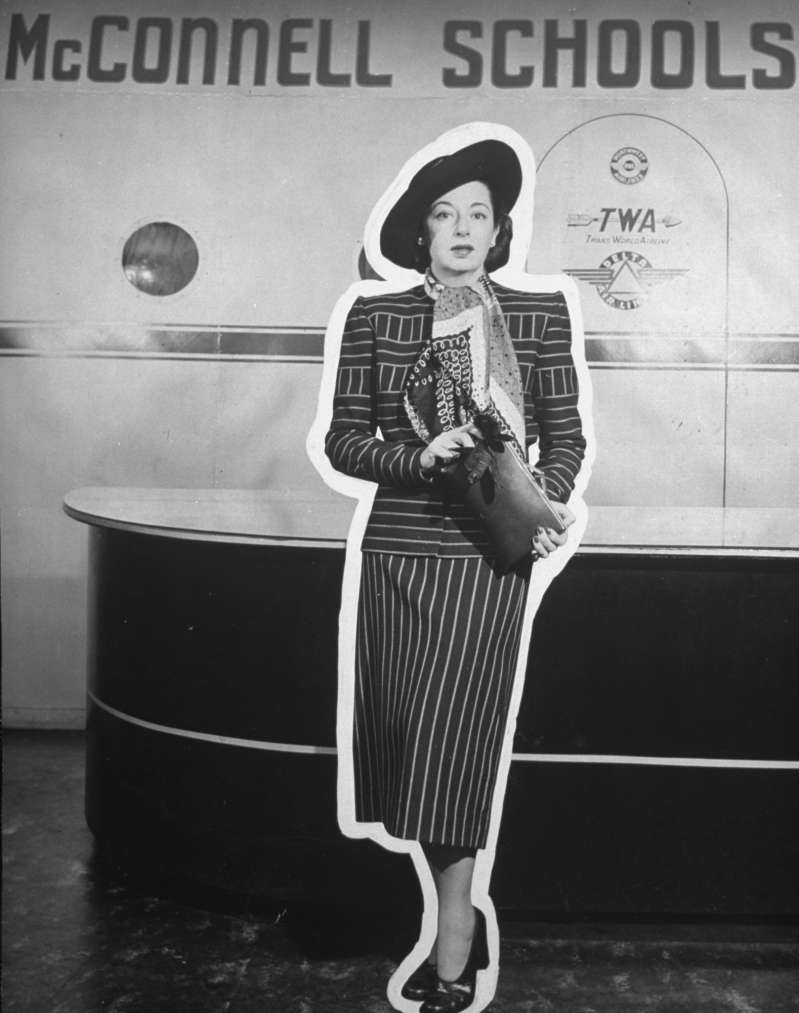 Zell McConnell, owner of the McConnell Air Hostess School -- which trained women in the art of grooming, charm, poise, reading, conversational French, and entertainment -- is shown in a 1947 photo.
Time & Life Pictures/Getty Images

Falling down on your New Year’s resolutions can hit you where it hurts: your wallet.

Nearly 70% of people who failed to stick to their goals estimated that the lapse cost them more than $1,000, according to a recent survey by Vital Research, a corporate training firm. This figure includes lost promotions, health care costs, and other long-term expenses.

Could 2014 be the year you finally follow through? These five tips will improve your odds.

Get specific. Set one well-defined resolution and create a plan of attack. People give up on vague goals, says University of Scranton psychology professor John Norcross.

Try it: Vowing to simplify your finances, for example, is too broad. Instead, zero in on the most complex aspect of your financial life. Too many scattered accounts? Streamline by moving all your banking to one institution and transferring all your investment accounts to a single broker, says financial planner Cheryl Sherrard.

Make it a habit. Stick with your resolution for three months and the new behavior will become part of your routine, says Norcross. At that point you have greater “ability to resist temptation,” he says.

Try it: Create a ritual. Looking, say, to curb impulse buys? Before you spring for any nonessential item over $100, impose a 24-hour “cooling off” period. “Just walk away and think if you really need it,” says financial planner Lauren G. Lindsay. Still seem splurge-worthy the next day? Go ahead.

Keep a log. A study from the University of Washington found that the more you monitor your progress as you go, the better you’ll do at sticking to your goals.

Try it: To up your chances of a promotion at your next review, start a running list of your achievements now, says career coach Ford R. Myers. Volunteer for a high-level project (ideally one that adds to the bottom line), then record your progress as you work toward accomplishing it. Seeing yourself near the finish line will motivate you, and the list will help you make a case to your boss.

Be accountable to someone. Research from the Dominican University of California found that people who shared their goals with a friend were 33% more successful than those who didn’t.

Try it: You’re already maxing out your 401(k), but you keep putting off automating contributions to a taxable account. Tell “someone you want to please” that you’re going to do it, says Hersh Shefrin, Santa Clara University finance professor. Then ask her to call you in a week to confirm that you followed through.

Put some money on the line. StickK.com, a site created by Yale economists, found that people who vowed to pay a sum of money if they missed their goal were successful 72% of the time, vs. 29% for those who didn’t pledge any money.

Try it: Say you determine that you can put an extra $200 a month toward your mortgage this year. Hold yourself to the plan with StickK, which allows you to pick a goal — here, paying off an additional $2,400 of your debt by 2015 — and vow to shell out a set amount to a payee of your choice if you don’t achieve it. Incentivize yourself by pledging the money to a nonprofit whose cause you don’t support.

1. Simplify my finances
2. Save more for retirement
3. Pay down debt
4. Donate more to charity
5. Create and stick to a budget