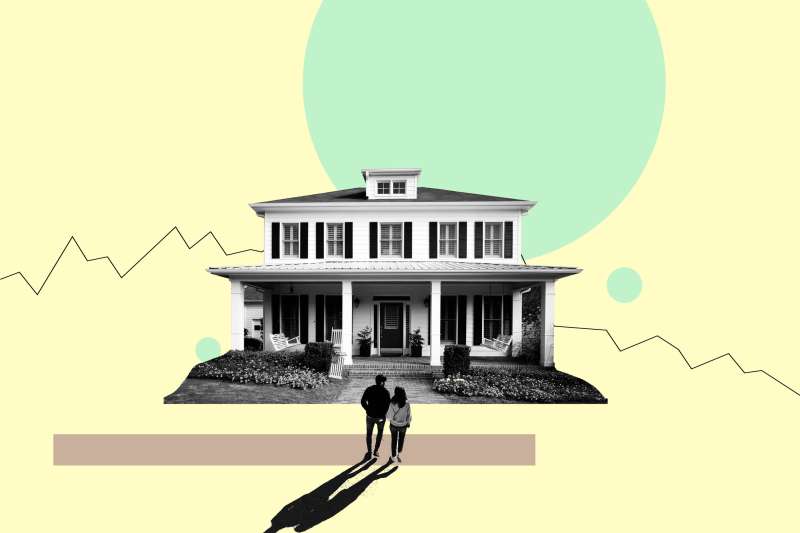 The number of mortgage loan applications filed ticked down last week. Purchase applications were up, but refinance applications dropped off. However, both types of loans remained well above 2019 levels, with refinances more than doubling last year’s volume. For the second week in a row, the number of homeowners entering forbearance plans increased.

Money’s mortgage rates include data from over 8,000 lenders across the United States and are updated daily. These rates include discount points and represent what a borrower with a 20% down payment and 700 credit scores — roughly the national average FICO score — would have been quoted.

Find your actual rate at Quicken Loans
Click below to get started and see your rate today
View Rates for January 17, 2021

Mortgage rates vary from state to state. On Wednesday, borrowers in Illinois were quoted the lowest mortgage rates — at 3.087%. People looking for mortgages in Nevada saw the highest average rate at 3.666%.

Nationwide, borrowers with the highest credit scores, 740 and above, were quoted rates averaging 2.885%, while those with credit of 620 or below were shown rates of 4.696%.

Freddie Mac’s widely quoted Primary Mortgage Market Survey put rates at 2.71% with 0.7 points paid for the week ending December 3. This is the 14th record low set so far this year and .01 percentage point below the previous low of 2.72%. The mortgage purchaser’s weekly survey reflects borrowers who put 20% down on conforming loans and have excellent credit.

Money’s survey also shows that the offered rate for a 30-year refinance for someone with a 740 credit score was 3.491% on Wednesday. Last December, the average mortgage rate (including fees) was 3.88%.

A homeowner with a $200,000 mortgage balance currently paying 3.88% on a 30-year could potentially cut their monthly payment from about $940 to about $897 by financing at the current lower rates. To determine if it’s worth it to refinance your mortgage, also consider the closing fees you paid on your current mortgage, how much your new lender is charging and how long you have left on your loan term. (Our picks for the best lenders for refinancing are here).

What else is happening in the housing market today?

Mortgage loan applications ticked down last week according to data from the Mortgage Bankers Association, decreasing by 0.6% for the week ending November 27. The data is adjusted for the Thanksgiving Holiday. The seasonally adjusted purchase index increased by 9% week-over-week and was 28% higher than the same week last year. Refinance loan applications were down 5% from the previous week, but were more than double the number of applications made last year.

“Purchase activity continued to show impressive year-over-year gains, with both the conventional and government segments of the market posting another week of growth,” said Joel Kan, MBA’s associate vice president of economic and industry forecasting. “Housing demand remains strong, and despite extremely tight inventory and rising prices, home sales are running at their strongest pace in over a decade.”

Kan went on to point out that loan amounts continue to be higher than their average over the last ten years, reaching $375,000, the highest average loan amount since the MBA starting keeping track in 1990.

While the purchase and refinance market remain strong, there is an increasing number of homeowners struggling to make their mortgage payments. For the second week in a row, the MBA reports that the number of homeowners entering forbearance plans has outpaced the number of those exiting the plans. The total share of loans in the payment deferral plans increased 6 basis points to 5.54% of all loans.

“The increase in new forbearance requests may be the result of additional outreach to homeowners who had previously not taken advantage of forbearance opportunities,” said Mike Fratantoni, chief economist for the MBA. “However, the slowing rate of exits to a new survey low further highlights that borrowers still in forbearance are increasingly challenged by the renewed restrictions on economic activity to contain the surge in COVID-19 cases.”

Mortgage Tip of the Week

Buying a home can be daunting. Follow these expert tips to make the process easier.

Brendan Phillips, capital markets analyst at Better.com, on the first step in the homebuying process:

For more information on how to buy a house in the coming year, read: The New Rules For Buying a House in 2021.

A Controversial New Fee Adds an Extra $1,400 to the Average Mortgage Refinance