How to Watch USA vs. England in the Women's World Cup Online for Free 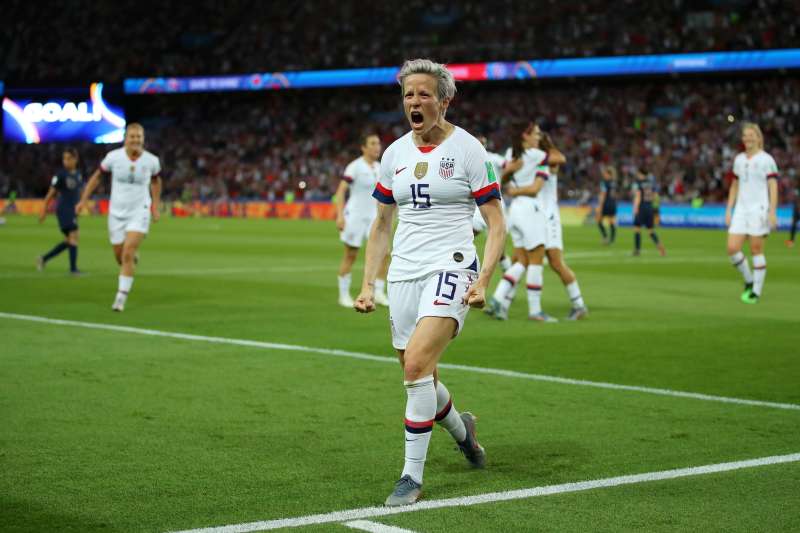 Megan Rapinoe of the USA celebrates after scoring her team's second goal during the 2019 FIFA Women's World Cup match against France on June 28, 2019 in Paris.
Richard Heathcote—Getty Images

Only four teams remain in the 2019 FIFA Women’s World Cup in France, and in the semifinals it’s England vs. USA on Tuesday, July 2, followed by Netherlands vs. Sweden on Wednesday, July 3.

The winners of the two semifinals will meet in the women’s World Cup 2019 championship match on Sunday, July 7.

The reigning champion U.S. women’s national team entered the 2019 World Cup as the favorites to become champions again, and after posting three impressive shutout victories in group play, USA has managed two more wins in the knockout stage, beating Spain and France both by a score of 2-1.

There is an incredible amount of excitement over the USA vs. England game today. Both England and USA are 5-0-0 (W-L-T) thus far in the World Cup 2019, and the two teams boast the top three scorers in the tournament: Ellen White of England and Alex Morgan and Megan Rapinoe of Team USA have each scored five goals so far. Though USA has consistently been ranked as the world’s best team, England is coming off a very strong 3-0 win over Norway in the quarterfinals.

Here’s everything you need to know for how to watch USA vs. England today, as well as the rest of the women’s World Cup 2019 game — online, or on TV, for free.

When Is the USA vs. England World Cup Game?

Here’s the women’s World Cup semifinal schedule and what channel the games are on, including England vs. USA:

And here’s the rest of the women’s World Cup 2019 schedule:

It’s easy to watch USA vs. England for free on TV. The game is being televised on Fox, so all you need to do is find the channel for your local Fox affiliate.

If you don’t have cable or another pay TV service, you can still watch the England vs. USA World Cup game for free with a digital TV antenna. You can buy one for about $25 to $30, and once it’s connected to your TV it should tune in nearby over-the-air networks, including Fox, ABC, CBS, and NBC, entirely for free.

If you don’t have a TV or want to watch the USA vs. England game online for whatever reason, the service Locast provides free live streams of local network TV channels in 13 cities, including New York, Philadelphia, Baltimore, Dallas, Denver, Los Angeles, and San Francisco.

How to Live Stream USA vs. England

There are several other ways to live stream USA vs. England and other women’s World Cup games.

If you subscribe to cable or another pay TV service, you can watch the women’s World Cup online with live streams in English at FoxSportsGo.com and the Fox Sports Go app, and in Spanish using the Telemundo Deportes app, or the NBC Sports app. You’ll be asked to log in with the account number and password for a qualifying pay TV service to watch these live streams for free.

As an alternative to watch England vs. USA online — for free, no less — you could register for a live-streaming TV service that includes Fox in its bundle of channels.

As we previously explained, the live-streaming TV services FuboTV, Hulu Live, DirecTV Now, Playstation Vue, and YouTube TV all come local Fox channels, as well as FS1. The prices for these services start at roughly $40 per month, but you can access the live streams for free during a free-trial period lasting five to seven days for new subscribers.

Another live-streaming TV service worth considering is Sling TV. The basic Sling Blue package comes with FS1 and local Fox channels in most of the country, and it costs only $15 for the first month (it goes up to $25 monthly afterwards).

All of these live-streaming TV services come with free trials. So you could register as a new subscriber and watch USA vs. England online for free during the free-trial period. If you ultimately decide you don’t want to become a paying subscriber, remember to cancel before the free trial expires. If you miss the deadline for canceling, you’ll be charged in full for the first month.