3 Reasons Why This Stock Sell-Off Could Keep Going 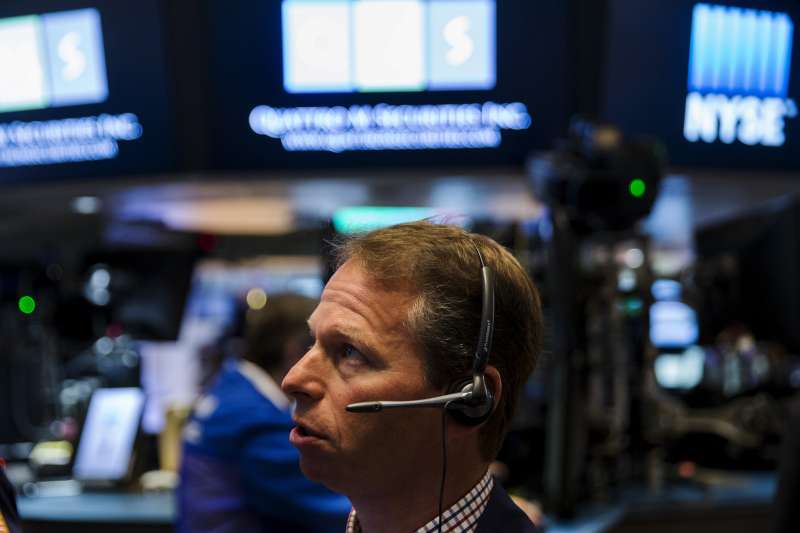 A trader works on the floor of the New York Stock Exchange shortly after the opening bell in New York August 27, 2015.
Lucas Jackson—Reuters

Investors who’ve held out hope that the market’s slide might be over are getting a rude awakening.

After falling 115 points on Monday, the Dow Jones industrial average opened Tuesday to another triple-digit loss, tumbling more than 300 points. The benchmark index is now down more than more than 9% year to date.

Are these the final throes of the summer sell-off? Or is this a sign that the bears not only roam Wall Street, but rule it for now?

Certainly, Tuesday’s early action hasn’t been comforting for those fearful of the bears: Global markets tumbled on reports of weak manufacturing data from China, as new data showed that factory activity in the world’s second biggest economy hit a new three-year low.

Here are three reasons why the bears may be sticking around for a while:

Late last week, the market showed real signs of life, with the Dow rebounding nearly 1,000 points. But that came after several stimulative moves made by policymakers in China. Among them: interest rate cuts to spur economic growth, relaxed banking regulations to promote lending, and ongoing government efforts to prop up that country’s stock market by purchasing equities.

Yet over the weekend, reports out of Beijing indicated that government officials will no longer push to make big stock purchases.

And this morning came yet more economic news confirming that the developing world’s economic engine is clearly slowing down.

Not surprisingly, stock markets throughout the emerging world sank on the news. So did Wall Street on Tuesday morning. That’s because ever since China triggered this sell off, the global markets have pretty much moved in lock step with the Shanghai exchange.

Conventional wisdom now says the stock market’s slide was not a harbinger of a recession to come. But even if this sell off isn’t signaling an economic calamity, it still takes time for investors to get over major pullbacks such as this.

“Historically, non-recessionary downturns tend to be sharp and brief, but they still require time to stabilize,” noted Ari Wald, technical analyst with Oppenheimer, in a report released this morning. He noted that it can take the market anywhere from two to six months to reset and break out again.

If this downturn — which from peak to trough so far has declined as much as 14% — becomes a bear market (traditionally defined as a 20% or greater decline in stock prices), then it could take even longer. The average bear market that did not precede a recession has lasted an average of 7 months, according to Oppenheimer.

“We therefore think it’s too soon to give the ‘all-clear’ to buy without a similar multi-week period of stabilization,” Wald noted.

Sam Stovall, U.S. equity strategist for S&P Capital IQ, points out that despite the market’s tremendous rebound last week, the S&P 500 index of blue chip U.S. stocks is still down 5.5% month to date.

Why is that significant?

Plus there’s the fact that the Septembers, like August, are one of the spookiest months for stocks. Over the past quarter century, August has been the worst month for the Dow and S&P 500. Yet over the past half century, September actually holds that title, according to the Stock Trader’s Almanac.

So, “Is the worst behind us?” Stovall asks. “Possibly not.”