8 Tips for Coping with an Angry Coworker 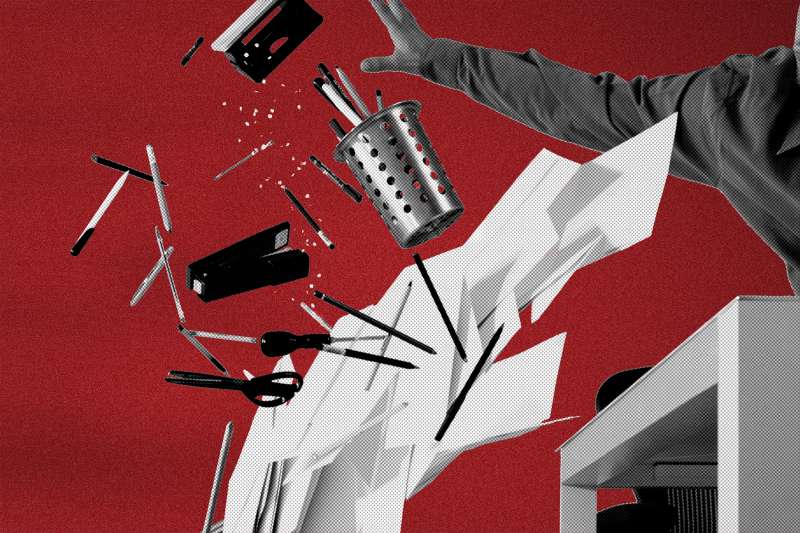 Although discussions of workplace violence in the wake of the Virginia shooting have centered around how employers can handle volatile employees, this isn’t just an issue for managers: The people who have to work side-by-side with short-tempered or confrontational workers also need tools to cope with these difficult colleagues.

Obviously, the vast majority of people — even the most unpleasant ones — never commit violence, but working with them can be mentally and emotionally draining. Some of this behavior may fall into the category of bullying, which the Workplace Bullying Institute defines as “abusive conduct that is threatening, humiliating, or intimidating, or… which prevents work from getting done, or verbal abuse.” It says up to one-third of people in the workforce have been a bully’s target at some point in their careers.

Talking to your boss or human resources department and documenting instances of hostile or inappropriate behavior is the standard advice. And yes, you should do these things. But you also need to be able to handle these people on a day-to-day basis (at least until the person causing the trouble is terminated or leaves of his own volition).

We asked career and HR experts how to handle angry, volatile co-workers, and they suggest several steps you can take.

Remember the problem is them, not you. “The source of the problem is external,” the Workplace Bullying Institute says, and it recommends people dealing with a toxic colleague to remind themselves of this regularly: “You did not invite, nor want… psychological assaults and interference with your work. Think about it. No sane person wakes up each day hoping to be humiliated or berated at work.”

Don’t try to fix them. It’s important to remember that there are some people you just can’t reach, says Lorene Lacey, global clinical manager at Workplace Options. “His or her behavior, whether it’s whining, sniping, taking up too much of your time, or something else, is deeply rooted, and may have been going on for years,” says Lacey. This can be a tough realization for some, but trying to “rescue” a perpetually angry colleague is likely to just leave you feeling defeated.

Stay cool. “Displaying self-discipline can deescalate a situation because [you] are aware of [your] attitude and behavior and can make adjustments accordingly,” says Lisa Barrow, a consultant and speaker on workplace bullying. Yes, this is easier said than done, especially if you’re the target of put-downs or other verbal abuse, but you have to remember that if you take the bait when an individual is trying to pick a fight, you’ve given them what they want. “[Don’t] respond to the angry coworker with anger, as this will only escalate the situation,” Barrow says.

Focus on their behavior rather than arguing. “Stop talking about the content of the disagreement,” David Maxfield, an author and speaker on human behavior, advises. Rather than getting sucked into a squabble, take a figurative step back and tell them, “I need for this to be a professional conversation,” he says. Keep the focus on how they’re behaving — tell them that you don’t want to continue a discussion if they’re raising their voice, slamming their hand or an object on the desk, cursing, and the like. “This prevents the other person from ‘winning the argument,’ and focuses on their inappropriate behavior,” Maxfield says.

Use their name. “Hearing our own name causes us to stop and pay attention, and using it several times is a way to subtly take control of the situation,” says Catherine Mattice, owner of consulting company Civility Partners.

Take a timeout. “When tempers flare, adrenaline flows,” Lacey says. This cranks up your heartbeat and breathing rate, and primes your body for a fight-or-flight response. If you’re trying to avoid responding to an attack with an aggressive reply of your own, physically remove yourself out of the situation. “It takes several minutes for adrenaline levels to recede, so cooling off time makes sense,” Lacey says. Take a walk around the building or around the block — just don’t stop for coffee or a cigarette, since stimulants will keep you on edge longer.

Put safety first. There are a few safeguards to remember when dealing with someone who’s very angry, Mattice says. If you’re in your office, don’t allow them to sit between you and the door, and keep a distance of three arm lengths between you and them. “Do not touch the individual, and do not engage in any threatening nonverbal behavior such as pointing your finger or getting in his or her personal space,” Mattice says. You might also consider meeting with them in a public place or “neutral territory” in the workplace, and having another person in the room or nearby.

Don’t try to intervene in a physical altercation. Just like you wouldn’t step in front of a speeding car to stop it, experts say getting involved in a physical confrontation is a bad idea. “Confronting an individual who may be a threat or prone to violence is not a good idea,” Lacey says. “If there is an immediate threat of violence or if that sort of behavior has already occurred … report it to management or the proper authorities.”