Buying Gold is a Fool’s Game, Even in Brexit Panic 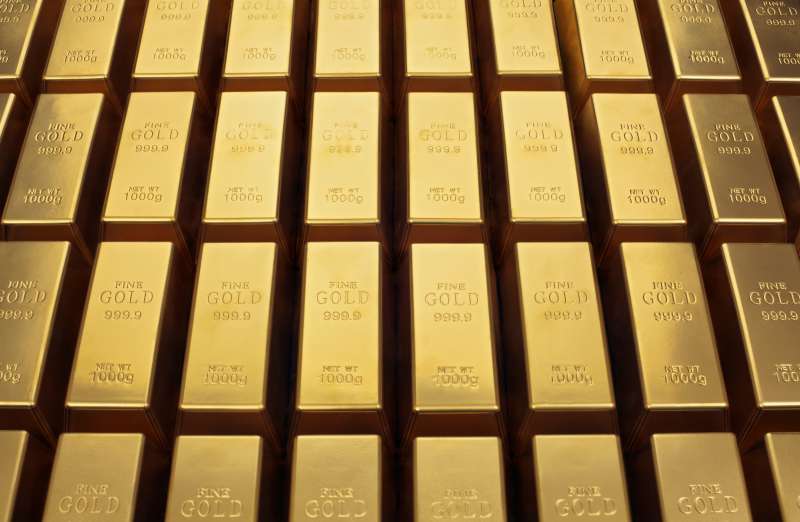 Frightened investors are piling into gold, as always happens in times of distress. Britain’s vote to exit the European Union prompted the biggest surge for the metal since the 2008 financial crisis, with the price up almost 5% Friday. But as stock markets fall, is buying gold a smart move, especially now?

While gold is nowhere near its recent peak—hit five years ago—you still are buying high. Certainly, gold could still go up more, yet history suggests its lofty altitude is temporary.

Since ancient times, gold has been the standard measure of value. But its importance has justifiably waned in recent decades. President Richard Nixon severed the last link between the dollar and gold in 1971, when he eliminated the currency’s convertibility into the yellow metal. Money now moves at near light speed over digital networks, so the thinking goes that it makes little sense to bind the dollar to a 25-pound bullion bar in a vault.

“Gold has delivered what it promised: doing well in adverse times,” Dominic Schnider, head of commodities at UBS Group’s wealth management unit told Bloomberg News. “The question is, is there a long-lasting effect?”

Investing in gold has a couple of problems:

It is very volatile. Gold buying is one of the purest displays of emotional investing. So every twitch in the economic world—whether political tumult, inflation, or recessions—brings a mad swing in gold prices. Often, gold moves inversely with the stock market: Bearish news for equities is a buy signal for gold, and vice-versa. We’re seeing that played out now as world stock exchanges get pummeled.

Gold rose almost two-thirds during the financial crisis, fell back in 2009 once the worst appeared over, then more than doubled until 2012 amid worries over Greece and other international trouble spots. Next, it trended downward until last summer, when China’s slowing growth and concerns about the U.S.’s tepid recovery revived fears. Gold has been moving up ever since, capped by Friday’s post-Brexit jump.

Over the past 10 years, despite suffering a horrendous bear market, the Standard & Poor’s 500 stock index returned 7.7% annually. Gold was up only a tiny bit more for the period.

The benchmark Merrill Lynch High Yield Master II index, whose default rate is small, pays 6.5%. The 10-year Treasury note has a 1.56% yield, although it has ranged far higher—4.4% in 2006—and likely will regain that height at some point. Gold never will pay you anything more than zero.

Storied investor Warren Buffett, in a colorful letter to his shareholders in 2011, noted that all the world’s mined gold would amount to a 170,000-ton cube, 68 feet per side, equivalent in value to the total U.S. cropland, 16 ExxonMobils and $1 trillion dollars in cash.

In a century, he wrote, the cropland would have produced a massive bounty of corn, wheat, and cotton, while the oil company shelled out trillions in dividends, not to mention an exponential increase in assets (and we have 16 Exxons here). “The 170,000 tons of gold will be unchanged in size and still incapable of producing anything,” he pointed out. “You can fondle the cube, but it will not respond.”

All that said, gold is a legitimate member of the commodity asset class, much like oil, coffee, or cattle. One argument in its favor: The metal can work as ballast for your investments, provided that it is a small percentage of your holdings.

Andrew Carrillo, a financial planner with Barnett Capital Advisors in Miami, told AARP magazine that he advises his clients to maintain 5% to 15% of their portfolios in gold. Gold furnishes an investor with peace of mind—its price may zigzag wildly, but it won’t go to zilch—and that may be worth something.

There are many ways to hold gold. If you want to actually own physical bullion, you entail the extra cost of storing and securing the gold bars or coins. What’s more, gold is classified as a collectible, which means that once you sell it, you may pay a maximum 28% tax, compared to the typical 15% capital gains rate for stocks.

A better alternative is to buy an exchange-traded fund like SPDR Gold Trust . This has superior transparency and liquidity, versus bullion. You can also try leveraged gold ETFs, such as ProShares Ultra Gold , which magnifies any gains two times. The reverse is true, of course: A price dip is steeper for investors in this fund than it is for those in the SPDR product.

Another option is to invest in the share of gold miners. Barrick Gold , for instance, has tripled this year and Friday was up almost 6%. These companies’ share value doesn’t always track the gold price because their performance is tied to how their particular mines are doing. And they need to spend a lot of money on tunnel boring before they can cash in on any strikes. On the plus side, many pay dividends, although they don’t tend to be lush. Barrick’s is 0.4%.

So if you must, invest something in what fabled economist John Maynard Keynes called the “barbarous relic.” To New York financial adviser John E. Maloney of M&R Capital Management, gold holders might wish to use the current spike to take profits by selling some holdings. Nevertheless, he says, they no doubt will want to hold onto some of their gold. The key reason they like gold, he contends, “is that they’re distrustful.”

Correction: A previous version of this article mistakenly reported that gold lagged the S&P500 stock market index over the past ten years; in fact, gold beat the S&P500 index by a small amount over that period.