Want to Make $100,000? These Are the 5 Fastest-Growing Six-Figure Jobs in America 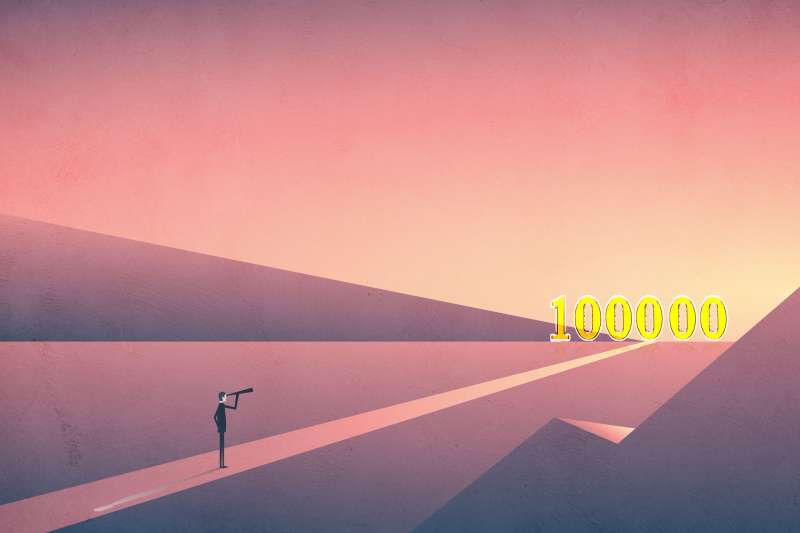 If you want to make six figures you don’t need to look much further than these five jobs.

Out of the 62 occupations paying a median $100k salary, the jobs in this chart below are the only ones expected to add 50,000 or more employees to their workforce by 2026, based on an analysis of data provided by labor forecasting website Projections Central. Between them, they’ll open up 71,188 new job opportunities each year, accounting for 58% of the six-figure jobs added.

Of the 57 other jobs with a median annual salary of $100,000 or above, about 90% of them are only expected to add up to 4,800 positions per year, and two are actually expected to lose part of their workforce — but that’s a non-issue for these developers, managers, and lawyers.

App developers are poised to have more $100k-paying openings available to them than any other profession.

General and operations managers, meanwhile, might be adding fewer employees than app developers, but they make up the largest fraction of the overall six-digit-salary workforce in the U.S.

They’re the office managers coordinating the day-to-day internal operations of their organization, or the head of the operations team that makes sure the company is running smoothly, with minimal risk. Generally, a bachelor’s degree in a business major will suffice for someone in this job category, meaning it won’t take more than two to four years to complete the requirements.

If you want the highest salary of the fastest growing six figure jobs, head to the bank: Financial managers (bank branch managers, comptrollers, or financial directors) are making the most, with a median salary of $125,080. They’re adding the third most employees of any six-figure salary job, but will also be the rarest of the bunch by 2026. A role as a financial manager generally requires a bachelor’s degree in accounting or finance, at minimum. But further education in the form of a Master’s degree or a CFA certification (Chartered Financial Analyst) is a crucial step in working your way up the ranks. It’s the difference between being in the half that’s under or over the $125,080 median annual salary.

The last group identified is the vague job title of “managers”, which are also expected to exceed a million employees by 2026. This group is reserved for people like social services managers or utilities managers, who oversee a team working in an environment more obscure than say a bank or a hospital. They require good leadership skills, like communication, delegation, and the ability to maintain order in the work place. Rounding out the list are lawyers — who fall in at second in terms of pay — and are the only ones on this short list required to get a graduate degree to apply for job.

But all five of these offer a better chance at making a six-figure salary in the next five to seven years than any other job in the U.S.