The Surprising Thing Gen Z Wants to Do With Its Money 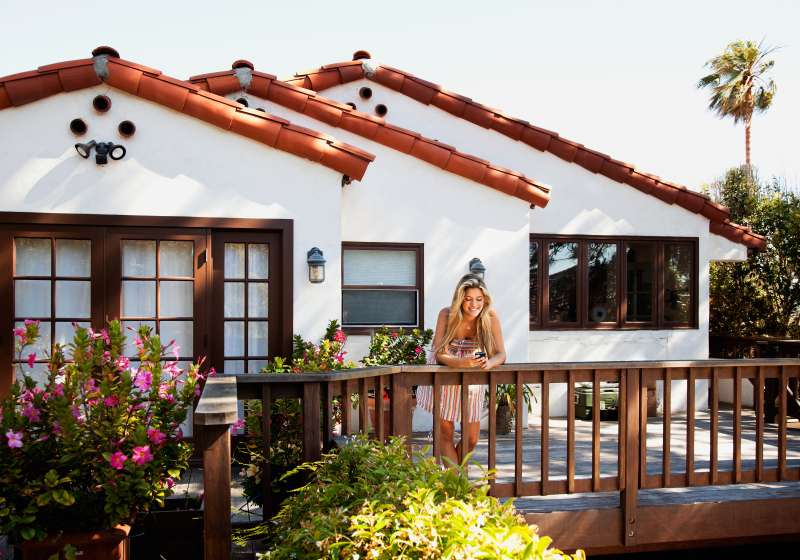 During the Great Recession, home ownership took a beating as the ideal for the American dream. The median home nationally lost a quarter of its value, prompting adults of all ages to adopt other elusive goals—like retiring on time for boomers or working on their own terms for millennials.

Just 65% of Americans own their home, down from 69% pre-bust. And four out of five Americans are rethinking the reasons they’d want to buy a house in the first place. But Generation Z—also known as post-millennials, born after the 1990s Internet bubble— seems to prize home ownership like no generation since their great-grandparents.

An astounding 97% of post-millennials believe they will one day own a home; 82% say it is the most important part of the American dream, according to a survey of teens age 13 to 17 by Better Homes and Gardens Real Estate. More than half would give up social media for a year and do double the homework if it guaranteed they’d be able to buy a house.

This yearning stands in starkest contrast to the aspirations of millennials, older cousins who pretty much created the sharing economy and in large numbers prefer to rent. The housing bust and foreclosure epidemic scarred millennials, probably for life, as some watched parents and neighbors lose everything. In a key part of this generation—heads of households age 25 to 34—renters increased by more than 1 million in the years following the crisis, while the number who own a home fell by 1.4 million.

Post-millennials saw the carnage, too, though at a tender age that left them more confused than traumatized. Where millennials hardened and vowed never to repeat the errors of their parents, post-millennials sought the comfort of family and togetherness, says Sherry Chris, CEO of Better Homes and Gardens. “Many of these Gen Z teens were 7 to 11 years old when the recession hit,” Chris said. “At that age, children equate home with stability.”

The innate quest for stability leads them to prize a family home above things like going to college, getting married, having children, or owning a business, according to the survey. And the dream appears firmly grounded in reality. Chris observed that today’s teens have more information than any previous generation at their age and show early signs of financial awareness. Asked for an estimate of what they might spend on a house, the 97% who aspire to be owners gave an average response of $274,323—strikingly close to the median home value of $273,500.

Half say they know more about money than their parents did at their age. Two-thirds attribute their knowledge of money matters to discussions in the home, and two in five credit discussions in school. Three in five teens have already begun saving, the survey found. Post-millennials, on average, aim to own a home by age 28—three years earlier than the median age of first-time homebuyers reported by the National Association of Realtors.

These are encouraging findings. A home remains most Americans’ single largest asset, and while the housing bust will have lingering effects, home prices nationally tend to rise every year—and have been trending up again the past few years. Not all of the news is good: Only 17% of post-millennials believe stocks are the best long-term investment; half prefer a simple savings account, TD Ameritrade found in a survey that defines the generation as slightly older (up to age 24).

But the TD survey also found that post-millennials have half the post-college credit card debt of millennials. And the Better Homes survey suggests that our youngest generation is at last learning more about money at an early age, which is the goal of a broad public-private financial education movement. A generation of financially adept youth who begin to save and gather assets that will grow for four or five decades is the surest way to avoid another meltdown and solve the retirement savings crisis.

Related:
Why Gen X Feels Lousy About the Recession and Retirement
Our Retirement Savings Crisis—and the Easy Solution