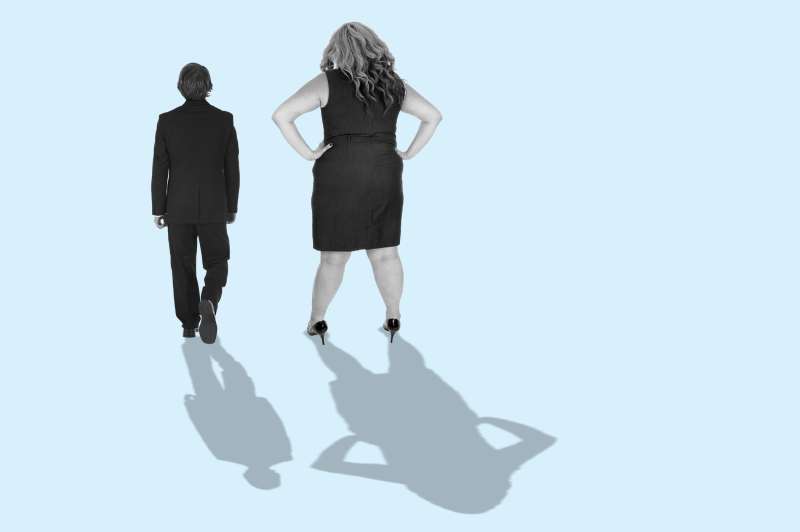 We like to think we judge other people on their merits rather than their appearances, especially in the workplace. But a new study concludes this isn’t the case.

Research published in the British Medical Journal found that short, heavy people have lower socioeconomic status than their taller, slimmer peers. The correlation between height and financial success was higher for men, while the connection between weight and earnings was more pronounced for women.

Taller men scored better on measures of education, income, and job class. As little as an extra 2-and-a-half inches of height raised men’s annual incomes by nearly $4,200. Overweight men (measured by comparatively higher BMIs) also saw a drop in income, but the effect of higher BMIs dragging down incomes was far more pronounced for women than for men.

Women who weigh as little as 15 pounds more than their peers saw an average annual income drop of $1,600, and were less likely to own cars or homes, or be employed.

The study’s authors suggest that the question of why short men aren’t as successful, and why overweight women face such a sizable income gap, could have a few answers. “Taller stature and lower BMI may causally improve socioeconomic status through discrimination against shorter and fatter people or differences in self esteem that affect employability,” they wrote.

It’s a chicken-or-egg cycle, in some ways: Short men and heavy women may get the message from prospective employers or academic advisors that they’re not going to be as successful. They, in turn, might internalize that feedback, setting up a self-fulfilling prophecy that keeps them from achieving their potential.