JetBlue May Start Flying to Europe 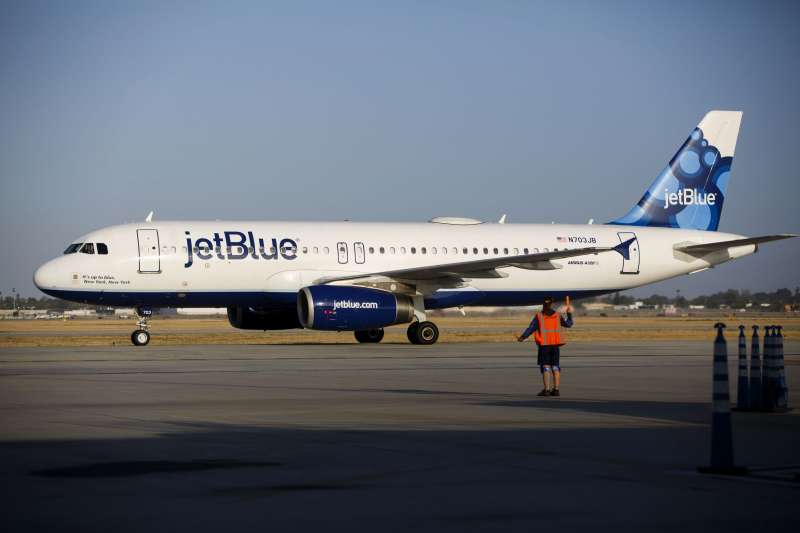 Frequent fliers may have another reason to celebrate: JetBlue is considering adding routes to Europe for the first time.

In an earnings call Tuesday, the mostly domestic carrier revealed that it is considering flights to Europe with the 30 new Airbus A321 planes it just ordered. JetBlue CEO Robin Hayes pointed out that trans-Atlantic flights currently “suffer from the same lack of competition and high fares” as cross-country routes in the U.S., the Wall Street Journal reported. The new single-aisle planes, which will be available in 2019, would include a new type of engine, extra fuel tanks and heavier landing gear. The list price for the order without the extra gear is about $3.6 billion.

JetBlue will have to decide by late 2017 whether it wants to configure the planes for longer flights. That’s because it could take up to a year to 18 months for the carriers to receive certification from the Federal Aviation Administration to fly such a long distance over water with only two engines, JetBlue’s CEO said Tuesday.

Read More: These 3 Airlines Have The Best Customer Service

If it moves forward with the plan, JetBlue would join Canada’s WestJet Airlines Ltd., Iceland’s WOWAir and Norwegian Air in challenging major U.S. and European Airlines that have commanded the lion’s share of the market. The increased competition could help bring down prices across the market.

Transatlantic prices on low-cost carriers are already super low. Flights on WOWAir, for instance, begin at $99 one way between Newark airport (located a short train ride from New York City) and Reyjavik, Iceland. Similarly, Norwegian Air flights start as low as $169 one way between JFK Airport in New York and Oslo and $189 for non-stop flights from Oakland, Calif. to Stockholm, Sweden.

Of course, flying a discount airline has its tradeoffs. Low-cost carriers encourage customers to book with super cheap prices and slap on a number of fees afterward, for seemingly standard amenities like food and seat reservations. You’re also limited by the availability of cities.

Read More: Flights in Europe Are About to Get A Lot More Expensive After Brexit

While JetBlue has traditionally been a favorite airline for its customer-first policies, it angered some fliers in 2014 when it announced it would reduce average legroom and introduced a new fare structure that meant that passengers buying the lowest-price tickets would have to pay extra to check luggage.

JetBlue’s revelation that it’s considering transatlantic flights comes on the heels of a strong earnings report Tuesday. The budget airline’s profits rose 18.5% to $180 million as it benefited from lower fuel costs.