How to Talk About Money During a Job Interview 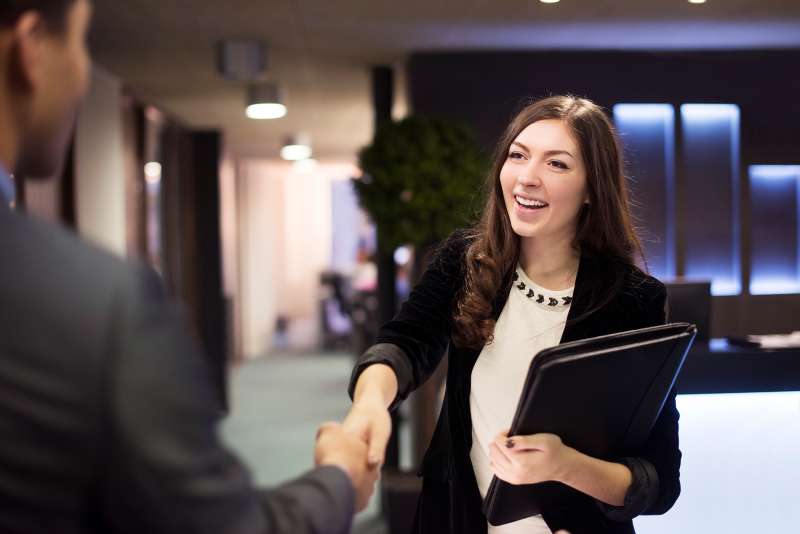 When you go on the first interview, you don’t want to start talking money too soon or the employer will think all you care about is compensation.

You also want to learn as much about the opportunity as possible before talking money because what you find out could influence what you ask for. For example, the role might be a higher level or bigger scope of responsibility than you initially thought, in which case you might ask for more. Or the company is in a turnaround situation and your skills would be particularly suited to help—again, more leverage for you.

At the same time, there are important benefits to starting the money conversation early in the hiring process. You establish your value by targeting a specific compensation. The company establishes its budget when it shares its target for the role. If you’re not sure about the position, the compensation might be high enough that it becomes a selling point (or low enough that your decision to stop the process is more easily made).

So you want to have the money conversation not too early, but not too late in the discussion. Here are some guidelines for when and how to talk money during the hiring process:

When a recruiter unexpectedly calls

If you get a call from a recruiting agency who wants to submit you to a company or wants to consider you for their files—for example, you’re a marketing manager and they specialize in marketing—one of the first questions that comes up will be salary. An agency is representing multiple clients so they will want to know which of their clients can afford you. Compensation is also a shortcut to approximating experience level so asking for salary helps a recruiter compare you to the market.

However, just because a recruiter will talk money in the very first call, it doesn’t mean you necessarily need to share your salary right away. If it’s a firm that you recognize and that you know will keep your information confidential, then feel free to share. Remember to share your total compensation – bonus, benefits, and any significant perks. This way, the recruiter will know what you’re expecting and won’t waste your time with lesser openings. You should also ask the recruiter about what going on in your field, so you get some real-time market intelligence.

But if you don’t know this firm, thank them for calling, collect their information, and don’t share any more about yourself until you do some digging. You don’t want your financial information and/or resume in the hands of just anybody. You can also vet the recruiter right on the call by interviewing them – ask the recruiter which companies they represent, what types of roles and levels they recruit for, if they are paid on retainer or contingency, and how long they’ve been in business. If the recruiter is forthcoming and articulate, that’s a good sign to continue discussions.

In a first-round interview

If you interview directly with the company – whether with someone from HR or the actual department – the money talk may or may not come up. Many first round interviews are focused on determining if there is a potential match in terms of skills and culture. Until a possible match is determined, the company won’t care about compensation.

However, there may be reasons the money talk comes up right away. For example, the company is specifically trying to collect compensation data and uses interviews for this purpose. Or, a company knows your employer and that your employer pays more than it does, so the money talk comes up early to ensure the company would be able to even afford you.

If a company does want to talk money early, don’t feel pressured to respond. You may not want to respond because you’re not sure yet what the compensation should be. You don’t just want to share your compensation if the role is different from what you’re doing (e.g., more senior title, more involved responsibilities). Turn the conversation back onto the job at hand and assure them that you’ll talk money when you and the company have both determined a fit.

But you may decide it’s in your best interest to talk money now. If you are happy with your compensation and know you would never leave for less, then you may want to share this early and set expectations with the company. There is no sense in either party wasting time if the numbers are never going to work. It’s a myth that whoever says the first number loses – it really depends on the situation.

In a later stage interview

If you get to the second-, third-, or later-stage interview, compensation should have come up by now. If not, that’s a red flag that their hiring process is disorganized or that the compensation is low and they’re waiting until the last possible minute to let you know. Perhaps they’re hoping you’ll have gotten so excited about the role or feel so invested that the low compensation won’t matter.

Because you really should have broached the money talk by now, I would ask the company for its budget (rather than offer up your expectations or salary history). Ask the HR contact or the hiring manager about compensation in the context of the overall role:

This role sounds exciting and clearly a priority for the company. When are you looking to fill it? Has the budget been approved? What is the budget for the role?

This way, you maintain your interest but you also put them on notice that you are confirming the viability of the role. You don’t just want to have informational meetings and brainstorm – you’re too busy for that. You need to confirm there is indeed an opening and that the opening will meet your expectations.

When a company says they want you but cannot pay

It could happen that the company shares a lower salary than expected, or you mention your salary and they counter immediately that it’s too high. This money talk is tricky because you want to continue discussions but you don’t want your continued participation to be construed as accepting a lower salary. In this case, bring the conversation back to the role and table the money issue for later:

Thanks for letting me know about your budget for this role. Based on the role, I don’t know that you will get what you need from that budget. Why don’t we continue discussing the role, and we can sort it all out, or at the very least I can make a recommendation for someone in my network who is a better fit?

This way, you continue discussions and have more time to negotiate on compensation. Or if you see that the salary really won’t move, you can refer others or share ideas and can bow out gracefully. Either way, it’s not a waste of time because you will have deepened the relationship.