Money Then & Now: The Seedy World of Online Stock Scams 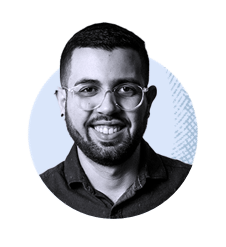 Edgar J. Nieves
Staff Writer | Joined January 2020
Edgar holds an MA in Caribbean Literature and a BA in Comparative Literature and Secondary Education, both from the University of Puerto Rico.
Has also written:
See full bio
and Taína Cuevas 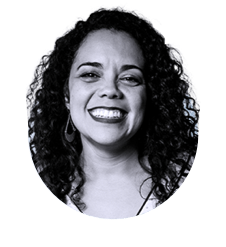 Taína Cuevas
Lead Editor | Joined February 2018
Taína is a lead editor at Money.com. She’d previously worked as an investigator and writer. She has a BA in Visual and Communication Arts from Franklin University Switzerland.
Has also written:
See full bio
Editor: Julia Glum

We just launched Money Archives, a new experience where we're digitizing decades of our print Money magazines. This is the fourth in a series of Then and Now stories that examine how personal finance — and our coverage of it — has evolved over time.

In July 1999, a company by the name of Uniprime Capital Acceptance, Inc. announced it was developing a cure for HIV.

Unsurprisingly, the announcement sparked investors’ interest. Reports of Uniprime’s potential breakthrough were shared on the then-popular message board Raging Bull at lightning speed, causing Uniprime’s shares to soar from $1.50 to $8 in two days. In fact, more than 5.2 million shares changed hands on the stock’s busiest day (compared to its typical daily volume of under 100,000 shares).

The only problem? Uniprime wasn’t actually a health care company — it was a car dealership in Las Vegas. And seven months after this buying frenzy started, Uniprime’s shares were trading at 3 cents a share.

Worried about protecting your hard-earned financial assets?
A Gold IRA could help protect your portfolio against inflation. Click on your state to get started.
Get Started

Money covered the scandal in our February 2000 article “The Seedy World of Online Stock Scams,” investigating how the still-young internet helped perpetrate this scam.

At the time, online investing was in its infancy. Though some major brokers — Charles Schwab, E-Trade and Fidelity — had an established internet presence, the industry’s largest full-service brokerages — like Merrill Lynch and Morgan Stanley — were barely starting to roll out online trading.

This new model made trading more accessible than ever before, but it also made investors extremely vulnerable. Con men no longer needed “rooms full of cold-calling brokers,” as we wrote. Instead, a single scammer could use mass emails and message boards to misinform investors and hype up particular stocks.

“With all this information on the Internet, people are doing their own research and getting sucked into these schemes,” Cameron Funkhouser, then the vice president of market regulation at the National Association of Securities Dealers (now FINRA), said in our 2000 story.

The Uniprime case may have been one of the first major financial scams of the internet age, but it certainly wasn’t the last.

Now it’s 2022, and everyday investors can place market orders with just a few taps on their phones. Thanks to social media, Americans are exposed to a whole world of unverified information.

Investing in the age of too much information

In some ways, the Uniprime collapse is reminiscent of the recent, social media-fueled GameStop frenzy. In early 2021, the video game retailer’s stock price soared after Reddit users started discussing the company’s failing stock and theorizing that they could boost the share price. This social media campaign sent everyday investors into a buying frenzy, causing GameStop’s stock to go from $20 to around $400 a share.

A year after its spike, however, the stock had dropped almost 80% and many of the beginner investors who bought in lost most of what they’d invested.

Unlike Uniprime, the GameStop case involved investors who knowingly invested in a failing stock in order to boost it. However, this and similar cases laid bare some of the problems with investing information found on social media: Not all advice is good advice and the responsibility to fact-check claims lies with each individual user.

Overall, social media platforms have proven to be fertile ground for scams and investment misinformation. According to a report by the Federal Trade Commission (FTC), more than half of those who reported having lost money to an investment scam said it started on social media. Reported losses from these schemes totaled about $770 million in 2021 — about 18 times the losses reported in 2017.

Although connecting with other investors can be an effective way to learn and improve your investment strategies, information obtained online — even if it’s from people you think you know — has to be taken with a huge grain of salt.

Anderson Lafontant, director at Miracle Mile Advisors in Los Angeles, says that “a lot of hype comes from people knowing a little bit of information, making a lot of claims [and then] repeating what they think as facts.”

Social media and the crypto scam

Nowhere is the power of social media more evident than in the increasing number of scams involving cryptocurrency. Between January and March 2022, losses stemming from crypto scams amounted to nearly $330 million — and almost half of the reported cases originated from social media posts, ads and messages on platforms such as Instagram and Facebook.

Cryptocurrency has become a regulatory challenge for lawmakers, due in part to how easily and quickly new investment opportunities can spread online. This September, Senate Democrats asked Meta CEO Mark Zuckerberg to disclose the steps the company was taking to prevent fraud and assist victims and law enforcement. FTC Commissioner Alvaro Bedoya has also called on the tech giant to beef up its crypto fraud prevention efforts and provide educational materials in languages other than English.

In the meantime, the crypto world (and social media) remains largely unregulated. This makes it particularly important for investors to find trustworthy sources of information before putting their hard-earned cash on the line. It’s also essential they become acquainted with the most common types of crypto fraud so they can take the necessary steps to protect themselves.

Lafontant encourages investors to take what they learn online to a reputable source — for example, a trusted financial advisor — and remain skeptical of claims made by people who made risky bets and got lucky.

Back in our 2000 article, we advised readers to “get a hold of financial documents, read them, find out about the people behind the investments, and learn more about what you're planning to get than you would to, say buy a car.” That advice holds true today.

We should treat investment advice like we do health care, Lafontant says.

“If you have a symptom and you look it up on WebMD, and you decide that one of your symptoms matches a disease and you seek treatment for it, that’s probably not the best idea,” she adds. “[Investors] should think the same way with their money.”

Take control of your financial future by investing in Gold
Achieve greater financial security by providing effective solutions that can help protect your wealth. Click below to start investing today!
Invest in Gold
Ads by Money. We may be compensated if you click this ad.Ad

SHOWHIDE
Ads by Money. We may be compensated if you click this ad.Ad
Goldco can help you take control of your financial future
Invest in Gold