When It Comes to Your Résumé, Spellcheck Isn't Your Friend 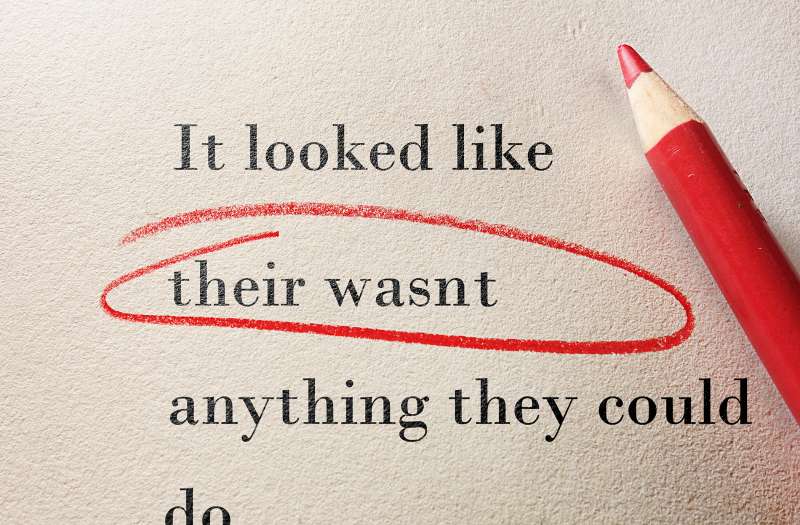 Between spellcheck and autocorrect, and with employers and policymakers alike focusing on STEM skills like math and computer coding, it might be easy to assume spelling is one of those archaic things like cursive writing that doesn’t really matter as much anymore.

That assumption could cost you a job. A new paper in Business and Professional Communication Quarterly surveyed more than 500 recruiters on their responses to spelling errors in job applicant cover letters or résumés.

The short version: It’s not pretty. While a single spelling error generally won’t entirely torpedo your shot at a job, even just a few can be as big a demerit as not having the requisite experience for the job.

In an interview with Social Connections magazine (interview in French), lead author Christelle Martin-Lacroux warned that spelling mistakes can hurt your chances even if you’re applying for a low-skill job or one in which you won’t have to be doing much actual writing, saying that hiring managers believe it reflects poorly on an applicant’s professionalism, diligence, and even intelligence.

“When your application is competing with hundreds of others, the smallest typo may eliminate you from the pile of candidates,” warned Amanda Augustine, career advice expert for resumé-writing service TopResume. This is especially the case if your job requires written communication or meticulous attention to detail.

Of course, perfect spelling won’t totally cancel out a complete lack of experience, but Martin-Lacroux found that even a relative handful of misspelled words dampened recruiters’ enthusiasm for a particular candidate significantly.

Don’t expect your spellcheck or autocorrect features to catch everything, Augustine warned. “In these cases, technology can be both a blessing and a curse,” she said. Spellcheck won’t flag an error like typing “pear” instead of “pare” or “higher” instead of “hire.” (And we’ve all seen the sometimes-funny, sometimes-cringeworthy “autocorrect fail” compilations that make the rounds on social media.)

To avoid this, Augustine said, it’s important to proofread your cover letter and résumé more than once; if at all possible, run it by a friend who does work in a communication-heavy field to catch any errors you might have missed.

If you already submitted a résumé and then spotted a glaring typo, there are a few things you can do for damage control. If you submitted an application through an automated applicant tracking system, you might be able to log back on and resubmit the corrected document. If you’re quick enough, you can recall a sent email with a spelling gaffe, but Augustine warned that this is probably dependent on you catching the mistake in a timely manner.

If you submitted the résumé directly to someone you know, try resending with a brief note just asking that they refer to the new version. “Loop back and explain you sent an older version and request that they instead review this newly attached version of your resumé,” she suggested. And next time, proofread one more time, just to be sure.