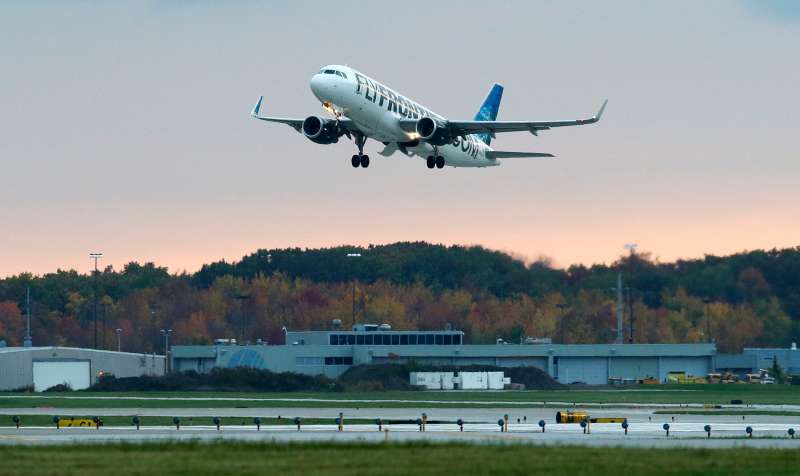 Traveling during the holiday season can be a nightmare, what with crowded airports, overbooked flights, inflated flight prices, and the constant risk that bad weather could cancel or delay your trip.

Now we can add the holiday season surcharge to this list. Last year, Spirit Airlines took the very Grinchy step of adding an extra fee to its baggage fee for checked luggage on flights departing during the holidays. This year, the checked baggage surcharge is back, and worst of all for travelers, Spirit now has company in the utilization of this strategy. So it appears we have an ugly little trend on our hands.

As the flight-comparison site FareCompare noted, Frontier Airlines—the Denver-based carrier that’s been following the fee-heavy tactics laid out by Spirit—recently hiked checked and carryon baggage fees by an extra $5 to $10 for flights scheduled anytime between Thanksgiving week and just after new year’s, as well as peak travel periods in 2016.

According to Frontier’s website, “temporary price increases” are in effect for departures from November 19, 2015, through January 5, 2016, as well as February 11 to April 4 and June 9 to August 16 next year. In other words, through mid-August, there only a few weeks (mostly in January, April, and May) when the higher fees are not in effect. And here’s the lowdown on the extra fees:

Compared with Frontier, Spirit seems less cruel, seeing as it’s only hiking fees for checked baggage (not carryons, which will be subject to normal fees), and only during the comparatively smaller travel window of December 16 to January 4. Normally, Spirit charges $30 for checking a bag when booking a flight, $35 before online check-in, $40 during online check-in, and $50 at airport check-in. (Yes, annoyingly, there’s a different fee for each possibility.) But for flights around Christmas and New Year’s all of the above options cost $2 extra.

Spirit attempted to argue a year ago that the baggage surcharge wasn’t really about the money. “To make sure we have room for everyone’s bags, we’re encouraging customers to pack a bit lighter,” the airline said when introducing the new fee—which was supposed to be a disincentive to check baggage, rather than an opportunistic cash grab. Right. This time around, neither Spirit nor Frontier is bothering to make such claims. Spirit simply told FareCompare that Christmas and New Year’s “is a very high demand period” for the airline. And when demand is high, prices (and fees) tend to be high too.

Curiously, while Frontier Airlines is milking peak-season passengers with higher baggage fees, it is also trying to appear generous to these same holiday season travelers via a special frequent-flier bonus promotion. The Denver Post reported that Frontier is attempting to win over travelers by offering double frequent flier miles for all new bookings made now through December 31. “The double miles are way for us to thank customers for their loyalty and to entice new customers to try us,” an airline representative said.

For any of these new customers to become loyal ones, they’ll have to be comfortable doing business with an airline that piles on the fees whenever it can.

Read next: Here’s How Airline Passengers Can Hold Prices for a Full Week