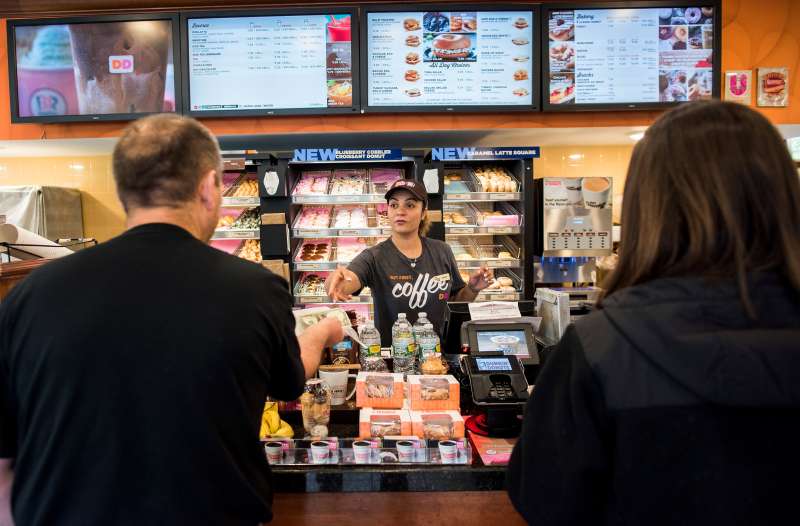 An employee helps customers at a Dunkin' Donuts Inc. location in Ramsey, New Jersey, U.S., on Thursday, May 5, 2016.
Bloomberg—Bloomberg via Getty Images

The donut and coffee chain, with the 2006 trademark “America Runs on Dunkin’,” threatened a coffee shop in Attleboro, Mass., with legal action after the store used a different variation of the phrase on its windows, the Sun Chronicle reported.

“Displaying ‘Plainville & North now runs on Mike’s’ creates a likelihood of confusion among consumers by implying that you are an approved vendor of ours,” the letter read. “Your actions are clearly designed to trade on the goodwill and reputation associated with the America Runs on Dunkin’ trademark and constitutes both trademark infringement and trademark dilution.”

Copoulos told the Sun Chronicle his intentions were not to copy the company, and that Dunkin’ Donuts has tried to buy the building his coffee shop is in several times. “They don’t want any competition,” he said.

He has since washed off the handwritten message, replacing it with “Plainville & North powered by Mike’s.”

A representative for Dunkin’ Donuts did not respond immediately to request for comment.