Meet the Richest Man in Brazil, an Ex-Tennis Pro and Surfer Who Made His Billions Off Beer and Fast Food 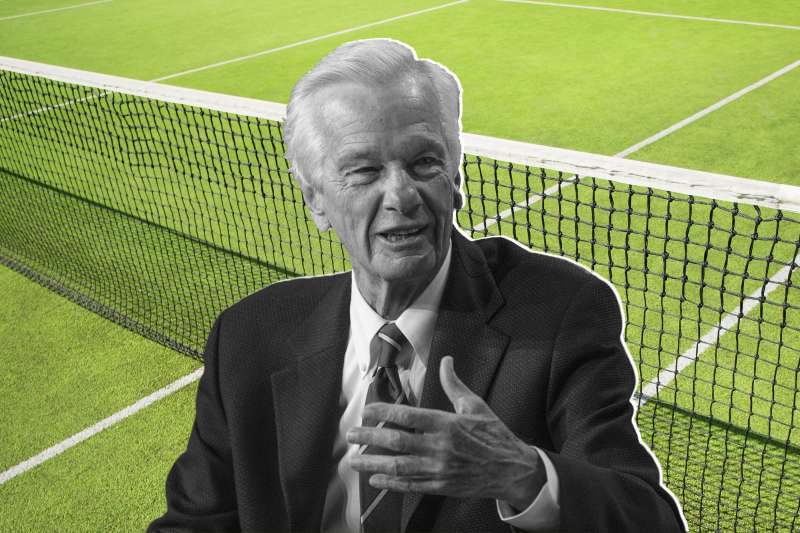 Calling Jorge Paulo Lemann a renaissance man is more than an understatement.

The Brazilian billionaire—who’s the 29th richest person in the world and the wealthiest in his own country, according to Bloomberg—is known primarily for his shrewd investment skills. His company 3G Capital has a voracious appetite for taking over brands. It owns or backs the largest beer conglomerate in the world, Burger King, Tim Hortons, Kraft, and Heinz. Yes, as in the ketchup.

But he’s much more than a capital kingpin. Even aside from his estimated $27.5 billion net worth as a result of those decisions, Lemann has lived a rich, full, and highly unusual life. He’s a Harvard graduate who started his career as a journalist, then became a tennis champion who played at Wimbledon. And in his spare time, he’s pursued surfing and spearfishing.

From Harvard to 30-Foot Waves

The 78-year-old was born in Rio de Janeiro to a Swiss father who came from a family of cheese merchants and a Brazilian mother who was in the cocoa business. He left South America for college, but didn’t much care for his new environment.

“My first year at Harvard was horrible. I was only 17 and I missed the beach and the sun a lot. Boston was too cold for me,” he said in a speech. When he wasn’t studying, he rode a 30-foot wave that gave him an early taste for risk.

Pressured by his parents, Lemann pressed on and finished Harvard early, having developed a scheme to pick classes that would best suit him. Still, he regrets not fully embracing the possibilities of the institution, saying, “I could have learned so much more.”

It didn’t hold him back professionally. He jumped into a journalist position at the newspaper Jornal do Brasil, which also didn’t quite fit. So he trained at the giant investment bank Credit Suisse, forging the path that would eventually take him to where he is today. But around that same time, he found a calling on the tennis courts and turned pro — he won the Swiss nationals and played at Wimbledon, only leaving the sport once he realized that it would be hard to rank as one of the “10 best in the world.” (Fellow mega-investor Carl Icahn has since asked him to a game.)

His ambitions elsewhere could explain 3G Capital’s motto: “Dream big.” He found success in creating the regional investment firm Bank Garantia, where he met the partners who still work alongside him. They bought the Brazilian brewery Brahma in the 1980s, which “became the perfect laboratory for their business model, based in meritocracy and obsessive cost-control, among other things,” said Cristiane Correa, author of a book about 3G.

He and his team quickly gobbled up others in the beer world to form their empire. Brahma turned into AmBev, having merged with another Brazilian beermaker, then acquired Argentina’s biggest beer brand Quilmes. In 2004, the company merged with Belgium’s InterBrew for $11 billion. The resulting InBev joined with the classic American brand Anheuser-Busch (behind Budweiser) in 2008 for a staggering $52 billion.

The 3G pioneers have continued growing and growing. AB InBev morphed with rival SABMiller in a $100-billion plus deal in 2016. The investment group has expanded beyond the hoppy stuff. With the help of Warren Buffett, it brought together Burger King and Tim Hortons under the umbrella company Restaurant Brands International in 2014, then united Heinz with Kraft. It also recently set its eyes on Unilever in a failed bid.

That speed bump likely won’t stop Lemann. If he didn’t gain enough education from Harvard, the monster waves must’ve given him something.