America's Planned Bullet Train Would Be the World's Cheapest 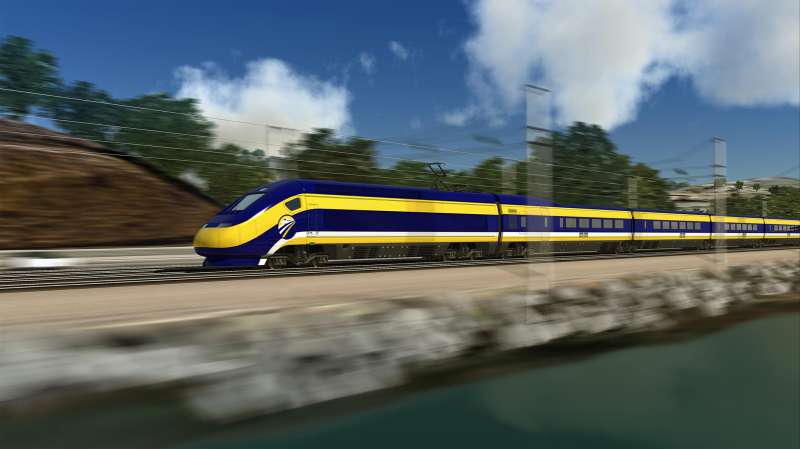 The estimated costs involved in California’s planned bullet train have changed over the years. The 800-mile rail system, capable of handling 220-mph trains and whisking passengers between Los Angeles and San Francisco in three hours, was originally projected to run around $45 billion. That figure has since ballooned to somewhere between $68 billion and $98 billion. It’s expected to take another 15 years or so before the SF-LA section starts accepting passengers, and right-wing critics point out that based on the extremely sluggish progress of the project thus far, it could take 80 years before it operates as planned.

A new Los Angeles Times investigation shows that the projected prices of passenger tickets have changed over the years as well. Proposals originally called for a one-way trip on the train from San Francisco to Los Angeles to run “about $50 a person.” The average expected price of passage has since climbed as high as $105; the latest estimate is $86.

At such a price, California would offer one of the world’s cheapest high-speed train tickets on a per-mile basis, if not the absolute cheapest. The projected $86 fare, based on 2013 dollars, would break down to a passenger cost of about 20¢ per mile. That’s dirt cheap compared with many high-speed train systems in Europe: Tickets on the Paris-Lyon line in France cost an average of 52¢ per mile, while Germany’s Hannover-Wurzburg’s average is 46¢ per mile. California’s per-mile price would even be cheaper than bullet trains between Shanghai and Beijing in China, where the average is 22¢ per mile, even though it’s assumed the government heavily subsidizes the operation to keep passenger prices down.

Proponents of keeping passenger fares low in California argue that it’s a necessary step to win over travelers who might otherwise fly or drive. Cheap high-speed rail tickets—or at least projections calling for them—obviously help sell government officials and the public on the idea that travelers will flock to the trains, making the project seem doable and worthwhile in the first place.

Yet critics say this kind of pricing would mean the system has no prayer of breaking even, meaning it would require subsidies—possibly huge ones—year after year after year. James Fallows of The Atlantic, a high-speed rail supporter, summed up a few of the other main critiques of California’s project this way: “It will cost too much, take too long, use up too much land, go to the wrong places, and in the end won’t be fast or convenient enough to do that much good anyway.”

Overall, though, if the estimated average fares of California’s high-speed rail prove accurate—that’s a huge if—tickets will be a true bargain. Well, they’ll certainly be a bargain for passengers anyway. It could be a different matter to taxpayers, the state of California as a whole, and whatever other resources might be used to subsidize the operation.