How to Evaluate Contractor Bids 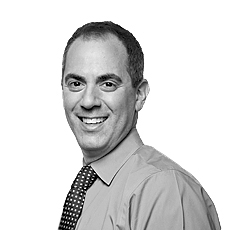 Q: I've followed your advice and gotten three bids from different contractors who want to do my project. Now what? Do I just hire the one with the best price?

A: Those bids can tell you a lot about the contractors who wrote them—but they may not be very accurate measures of the total price each one would wind up charging for your project. Here's why.

Unless you’ve given the bidders the exact specifications for your job—in other words, drawings, materials lists, and product names put together by an architect or designer—the bids are at best educated guesses, says Cambridge, Mass., Realtor and renovation consultant Bruce Irving.

The contractor is making assumptions about what you’ll pick as the project unfolds and pricing each component of the job based on those assumptions. So the differences in their bids could very well boil down to differences in their assumptions. And your costs are bound to escalate as the project proceeds, because you can be sure that the contractors will hit you with up-charges for any product or option you select that’s more expensive than his estimate.

If you have hired a professional designer (which Irving recommends for any significant project, because for the added 10% or 20% you’ll pay, he says, you will get you a far better result, professional oversight of the contractor, and a whole lot less stress along the way), the bids are likely much more accurate measures of what each contractor will charge, especially if their bottom lines are just a few percentage points apart. Always throw away outliers. Extreme low bidders are probably desperate for work and planning to cut corners on your job, and super high bidders are probably too busy to take on your project unless you’re willing to overpay.

Whether or not you’re not using a designer, however, bids can be quite useful as character studies about the contractors.

“Look not only at the numbers but at how they’re presented,” says Irving. “Are they clear, organized, detail-oriented, and delivered when they were promised? Do they accurately reflect the nuances of what you told him you’re looking to do?” There’s no guarantee that a quality bid equates to a quality contractor—or that a sloppy one means you'll get sloppy work—but it increases the odds.

Look for a bid that thoroughly outlines every aspect of the job, from the cost of the porta-potty for the crew to the fee for the town building permits—and of course the contractor’s price for each and every element of the project, with a bit of detail about the options that he’s priced (not just “under-cabinet lights,” for example, but “eight under-cabinet LED light fixtures”).

That way, even without architect specs, you can see, in writing, exactly what he’s proposing to deliver—and charge you—for each part of the job. Once you sign the bid and it becomes your contract, if a question arises later about whether the price includes, say, installing stone or ceramic tiles, you’ll have his description to refer back to.

In any case, the bids should only play a supporting role in your decision about who to hire. “It’s just as important to visit a current project, see the way the jobsite is kept, and meet the crew,” says Irving. “And it’s vital that you talk to his three most recent customers to ask whether they’d use him again—and how close the final price came to his original bid.”