This Is the Dirtiest Part of an Airplane, According to Flight Attendants — And It's Rarely Cleaned Between Flights 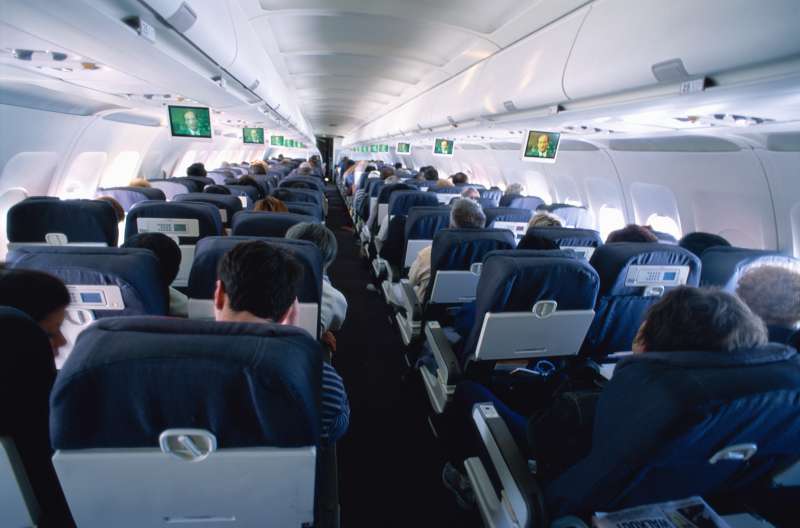 During the busiest travel week of the year, there’s something you need to know.

Tray tables may be handy for working on your laptop or for placing your pretzels and Ginger Ale, but flight attendants revealed some travelers use the tables for less hygienic uses: changing baby diapers.

Treasure Elise, a 24-year-old flight attendant with an active YouTube and Instagram platform, told Money she has seen several passengers change their babies on tray tables during her flights, and has even spotted rolled up diapers left under seats.

That’s why Elise, who works for a budget carrier, cringes when she sees exhausted passengers laying their heads down and resting on tray tables: “You never know what happened before you got on that plane.”

Elise isn’t the only flight attendant who’s had a diaper problem. Oak Lynn Woods, a flight attendant for a major U.S. carrier, often talks about her job on her YouTube channel (to protect her online privacy, she doesn’t use her real name). She revealed to Money that she’s also seen passengers change babies on tray tables — with some parents even handing her the dirty diaper to dispose of.

Studies have shown tray tables are among the dirtiest surfaces on your flight. A recent study conducted by CBC Marketplace analyzed over 100 samples from 18 flights on Air Canada, WestJet and Porter, and found tray tables had high levels of mold and infection-causing staph. (The headrest and seat pocket are other troublesome spots.) Tray tables can also often contain cold viruses, human parainfluenza viruses, norovirus and a superbug that causes skin infections, microbiologist Charles Gerba told TIME last year.

While many passengers believe planes are sanitized in between flights, most crews don’t actually touch tray tables. Elise says the cleaners who work for her air carrier usually vacuum carpets and change out toiletries in lavatories, but do not wipe down the tables, although periodically planes undergo deep cleanings which may involve more thorough surface sanitizing. The Wall Street Journal also confirmed tray tables are wiped down during overnight cleanings, but not between domestic flights.

To protect yourself from bacteria and viruses — and to ensure the previous flier’s dirty business remains their own — flight attendants strongly encourage bringing disinfectant wipes, like Lysol, in your purse or carry-on bag, and wiping down your tray table. The Transportation Security Administration allows wet wipes in carry-on bags, as well as hand sanitizers less than 3.4 ounces.

“If you can throw in your purse or your bag something that can clean your area, I would definitely do that,” Elise says. “I wouldn’t want to eat my sandwich on the tray table where a baby was changed.”