5 Things to Know Before You Replace Windows 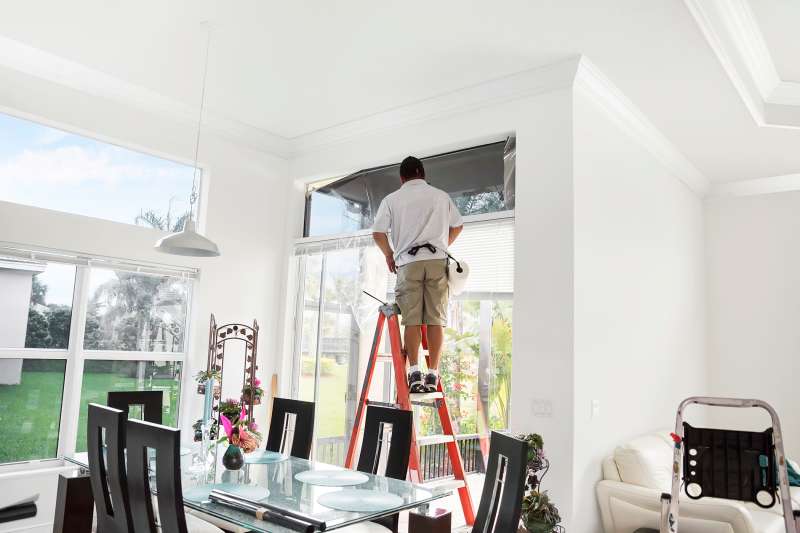 There are many good reasons to replace your old windows. New ones won’t be drafty, won’t require unsightly storm windows, and will tilt in for easy cleaning. They will also be more efficient than your old windows—but not nearly enough to warrant paying $300 to $1,500 or more per replacement window in an effort to lower your heating and cooling bills. Here’s what you need to know before you make the investment.

New windows won’t pay for themselves

Today’s best dual-paned windows are about twice as effective at retaining heat and air conditioning as the single-paned units installed just a couple of decades ago, but perhaps only 15% more efficient if those old units have storm windows on them. And since windows make up only a tiny fraction of your building’s exterior “envelope,” new windows will produce only about 5% to 15% percent total energy savings. The average homeowner in America pays about $1,000 a year to heat and cool a home, meaning it would take you more than 100 years to earn back your investment.

Replacing windows in your home is a worthwhile investment.
Let Modernize find the best window replacement pros in your area. Click you state to get started.
Get Started

As all veteran renovators know, the solid wood products sold today do not stand up as well to the elements as the wood used 50 or 100 years ago. (This is mostly because the lumber is farmed quickly rather than naturally grown slowly.) So, to avoid seeing your new windows rot, you’ll want to consider an alternative to solid wood. Vinyl windows are the most affordable choice, or you can get real wood windows covered by an aluminum skin (“cladding”) on the exterior. The cladding comes factory painted in your color of choice, and that finish is guaranteed for 20 years—a good three to four times longer than exterior paint applied to solid wood windows. You’ll pay about 15% to 20% percent more for aluminum-clad than unclad wood.

Old windows can be repaired

Just because your old windows are drafty, rattly, or won’t stay open doesn’t mean you have to replace them, says Andrew Coviello, the Greenwich Window Doctor. A window restoration specialist like Coviello—or even a good handyman or carpenter—can free up painted-shut upper sash; replace broken panes, sash cords, hardware, and glazing (the putty that holds the glass in place); and add weather-stripping. That kind of overhaul typically runs $100 to $350 per window, and by the time you’re finished, the old windows may wind up nearly as efficient as brand new ones. Besides, some old houses have beautiful windows that are well worth keeping. And if you’re looking to slash energy bills, there are more cost-effective ways than replacement windows to do it, such as adding attic and basement insulation.

Homeowners get about 73% of their replacement window investment back when they resell the house, according to the National Association of Realtors’ 2016 Cost Versus Value study. Choose the wrong windows, though, and replacements can detract from home value. “Like mantelpieces and built-in cabinets, original wood windows are important architectural features,” says Atlanta Realtor Bill Golden. “Replace them with a downscale product, and you downscale the house.” Make sure to match the look of the original windows—using wood rather than vinyl to replace existing wood and matching the divided light pattern (the number of panes in each window) from the originals.

There are two ways to replace windows. The contractor can pull off the interior and exterior trim to install a whole new window unit—and insulate all the gaps—before reinstalling the trim, the same process used during a full renovation project. Or he can install a window insert, which is a smaller unit that fits inside the existing opening, without the need for removing the existing trim. The latter saves $150 to $300 per window in labor costs, but it doesn’t allow for insulating the air gaps common around window openings, so inserts may yield far less in energy savings. Also, the overall size of the insert window will be two to four inches smaller, says Harleysville, Penn., contractor Dennis Gehman, and it will look like a retrofit rather than a window that really belongs.

Find out if your replacement window costs are worth it ahead of changing them.
Learn about window installation costs, best window brands, types of windows and more by getting a free quote from Modernize.
GET STARTED