Advice From 7 Baby Boomers Who Reinvented Their Careers 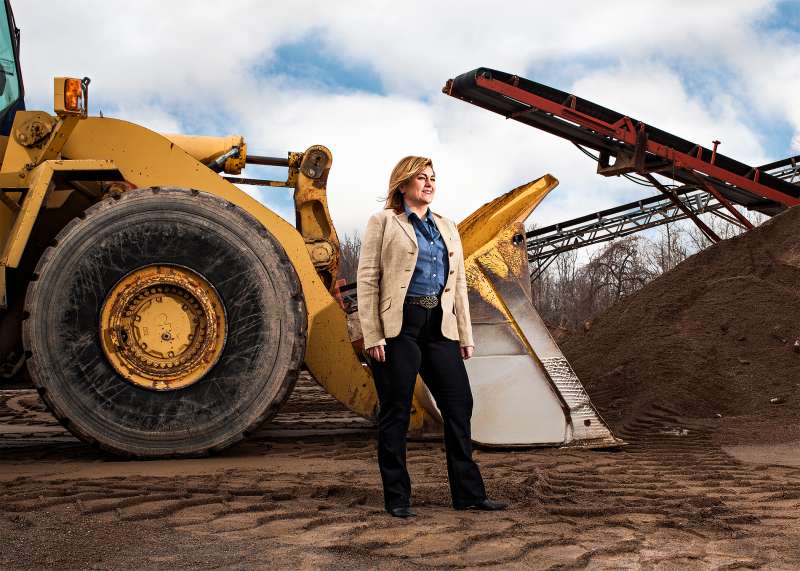 Retirement may traditionally be seen as a time to kick back, move to a warmer town, and squeeze in a few extra golf games or trips to see the grandkids. But this notion is seeming increasingly outdated: according to the Bureau of Labor Statistics, the percentage of people 55 and older in the work force in 2013 was 40.3%, up from 29% in 1993.

While the rise in older workers can be attributed in part to stagnating wages and insufficient retirement savings, those factors don’t tell the whole story. More and more baby boomers are switching careers later in life not out of financial necessity, but rather for the intellectual rigor and the chance to finally pursue their life’s passion. In fact, a report from the Bankers Life Center for a Secure Retirement found that “Boomers are just as likely or more likely to be engaged in their work than are the younger Generation X or Millennial generations.”

Another report, New Careers for Older Workers, from the American Institute for Economic Research, looked at people who changed or tried to change jobs after age 45 and found that 82% of people 47 and older who took up new careers in the last two years were successful, and 50% saw a salary increase.

“When it’s your own business, you don’t stagnate,” Louise Mann, who swapped a decades-long career in sales to open a chain of laundromats, told Money back in 2014. “You learn all the time.”

Money Magazine has celebrated these risk-takers over the years. Below you’ll find the stories of seven boomers who are pursuing second acts. And you never know, they might just inspire you to jumpstart your own.

From Retail Exec to Owner of a $3 Million Business

Heidi Rasmussen worked at the same retailing company from the time she was 15 years old, spending eight years in store management and 12 years in corporate. That is, until she received a call saying she’d been let go, one of hundreds of people laid off in a company downsizing.

Rasmussen kept a sunny outlook about her situation, though, and within a week had a backup plan in action: She began helping her husband develop his idea for a card that provides discounts on health care expenses that employers could give to workers. The company, freshbenies, also offers other services, such as phone consultations with doctors and help with billing errors. Freshbenies brought in $1.3 million in 2013, and Rasmussen intends to triple revenues by 2016.

Perseverance is key for Kenny Thacker, who worked in home construction until the market downturn in 2008. After spending two years trying to find work in the same industry, he decided it was time for a change—and a chance to act on an idea he’d been brewing for a while: beermaking. In 2010, Thacker and his wife bought a local supply shop for home-brewing hobbyists, where the fledgling brewmaster began trying out recipes. In 2012, he opened the Beer Hound Brewery, but after a rough go of things, decided to close down the original shop and reopen in a new locale with two new business partners on board. In the fall of 2014, the new Beer Hound Brewery reopened, and revenues are now on pace to top $500,000 in 2015.

Spending 30 years in Silicon Valley was certainly educational, but for David Harris, it was more than enough time in the tech world. “I needed to get out of high tech for my mental health,” he says. After taking a payout from Tumbleweed Communications in 2011, Harris purchased Timberline Adventure Tours in Colorado, a company he was passionate about (he and his wife, Kisa, had gone on Timberline tours in the past), in 2012, and quickly set to work overhauling marketing and digital outreach. Now his passion project is turning into a viable means of income: revenues hit $1.2 million in 2013, up from $850,000 in 2011, and he and his wife (she’s the VP) bring in enough to support their family of five.

Once a discontented regional sales manager, Louise Mann was struck by a business idea when her home washer stopped working. Seeing how dirty and dark her local laundromats were, Mann launched a cleaner, more energy-efficient version, called Wash Day, in March 2009. The business clearly filled a need in the community: in its first year it earned $275,000, and Mann and her two business partners opened two more laundromats in 2011.

From Techie to Coffee Shop Owner

Austin, Texas, and the surrounding suburbs are great for sunshine, but not so great for a good cup of coffee — or at least that was Vicky Lewis’s conclusion after moving to Dripping Springs from Seattle in 2005. After witnessing one too many rounds of layoffs at her semiconductor firm and recognizing the need for a good cup of joe in the community, Lewis decided it was time for a change; she pored over traffic patterns in her new town, analyzed coffee shop customer behavior, and eventually rented and opened a storefront in 2012. Mazama Coffee Company hit $200,000 in sales in its first year, and Lewis isn’t looking back.

From Rental Property Owner to Inventor

Who knows more about the tyranny of noise complaints than a landlord? John Bialk frequently fielded noise complaints in his six years of working as a rental property manager. Wanting to forestall the ill will between neighbors that can often stem from noise-related disputes, Bialk conceived of a noise-monitoring system that alerts landlords of noise problems via a wireless network. After meeting computer programmer Jonathan Narwold in 2012, the men set to work on the detection device, and brought Quietyme to market in 2013, with revenues hitting $300,000 in 2014.

From Xerox to a Gravel Pit

In early 2011, after 25 years at Xerox, Kaye Stone-Gansz took a buyout package to pursue a career on her own terms. A search for a business to buy in her hometown of Sodus, New York, led her to Smith’s Gravel Pit, a 100-acre mining facility, that Stone-Gansz believed had plenty of untapped potential. She was right: the pit had revenues of $680,000 in 2011, but topped $1 million in 2013. Her relentless pursuit of new customers and business acumen earned her the title of Female Entrepreneur of the Year in 2013 from the New York State Small Business Development Center.