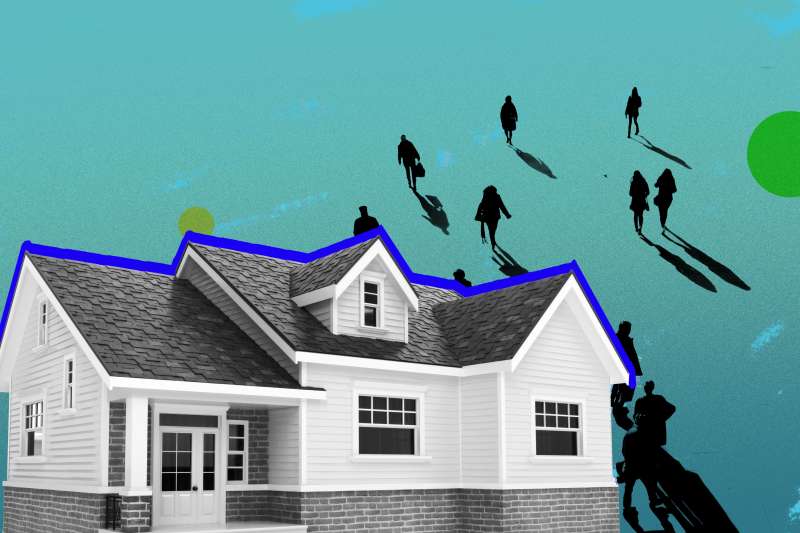 Mortgage rates today are slightly lower than yesterday for almost all loan types. The decline comes after yesterday’s jump in rates. Despite the slide, rates are still above last week’s averages across the board and are higher than they were four weeks ago. The average rate for a 30-year fixed-rate loan is still above the 3.2% mark.

Even though rates are slightly lower today, you shouldn’t expect a significant drop in the near future. Freddie Mac’s benchmark primary mortgage survey released yesterday showed the 30-year increasing after remaining steady for three-weeks. Still, rates are very favorable for any borrower looking to purchase a home or refinance a mortgage.

Compared to a 15-year fixed-rate loan, the interest rate tends to be higher on a 30-year loan. Because you’re paying the loan off over a longer period of time (360 months compared to 180 months), your monthly payment will be lower. However, you’ll pay more in overall interest.

Find your actual rate at Quicken Loans
Click below to get started and see your rate today
View Rates for February 27, 2021

A 15-year fixed-rate loan will have a fixed interest rate throughout its full term and the monthly payments will also stay the same, as with a 30-year loan,

The interest rate on a 15-year loan will typically be lower than the rate on a 30-year loan. As a result, you’ll pay less in overall interest than with a longer-term loan. But, because you’re paying the loan off over a shorter period of time, your monthly payment will be higher than with a 30-year mortgage.

A 5/1 adjustable-rate mortgage means you will have a fixed interest rate over the first five years of your loan. After that initial fixed-rate period, the interest rate will reset on a yearly basis, either rising or falling according to market conditions. As a result, your monthly payment will be fixed during the first five years of the loan but can either increase or decrease every year after.

The average rates for FHA, VA and jumbo loans are:

Where are mortgage rates heading?

Mortgage rates sunk through 2020. Millions of homeowners responded to low mortgage rates by refinancing existing loans and taking out new ones. Many people bought homes they may not have been able to afford if rates were higher.

In January 2021, rates briefly dropped to the lowest levels on record, but trended higher through the month and into February.

Looking ahead, experts believe interest rates will rise more in 2021, but modestly. Factors that could influence rates include how quickly the COVID-19 vaccines are distributed and when lawmakers can agree on another economic relief package. More vaccinations and stimulus from the government could lead to improved economic conditions, which would boost rates.

While mortgage rates are likely to rise this year, experts say the increase won’t happen overnight and it won’t be a dramatic jump. Rates should stay near historically low levels through the first half of the year, rising slightly later in the year. Even with rising rates, it will still be a favorable time to finance a new home or refinance.

Factors that influence mortgage rates include:

Tips for getting the lowest mortgage rate possible

There is no universal mortgage rate that all borrowers receive. Qualifying for the lowest mortgage rates takes a little bit of work and will depend on both personal financial factors and market conditions.

Save up money for a sizeable down payment. This will lower your loan-to-value ratio, or how much of the home’s price the lender has to finance. A lower LTV usually translates to a lower mortgage rate. Lenders also like to see money that has been saved in an account for at least 60 days. It tells the lender you have the money to finance the home purchase.

Shop around for the best rate. Don’t settle for the first interest rate that a lender offers you. Check with at least three different lenders to see who offers the lowest interest. Also consider different types of lenders, such as credit unions and online lenders in addition to traditional banks.

Also take time to find out about different loan types. While the 30-year fixed-rate mortgage is the most common type of mortgage, consider a shorter-term loan like a 15-year loan or an adjustable-rate mortgage. These types of loans often come with a lower rate than a conventional 30-year mortgage. Compare the costs of all to see which one best fits your needs and financial situation. Government loans — such as those backed by the Federal Housing Authority, the Department of Veterans Affairs and the Department of Agriculture — can be more affordable options for those who qualify.

Finally, lock in your rate. Locking your rate once you’ve found the right rate, loan product, and lender will help guarantee your mortgage rate won’t increase before you close on the loan.

Money’s daily mortgage rates show the average rate offered by over 8,000 lenders across the United States the previous business day. Today, we are showing rates for Thursday, February 18. Our rates reflect what a typical borrower with a 700 credit score might expect to pay for a home loan right now. These rates were offered to people putting 20% down and include discount points.