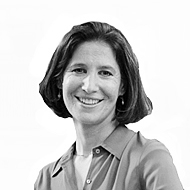 Link copied!
Chicago White Sox owner Bill Veeck, wearing his trademark white sport shirt. Veeck's dad was president of the Cubs in the 1930s, and it's said that 13-year-old Bill Veeck came up with the idea of adding ivy to the famous brick outfield walls at the Cubs' Wrigley Field.
Time & Life Pictures/Getty Images

Many of us are sticking to the good financial habits we adopted after the crash -- a trend explored in Part 1 of this story. One reason for that: Once you look beyond the immediate future, optimism fades and it becomes clear that Americans remain deeply worried about their long-term economic prospects.

Consider: In the Money survey, nearly two-thirds of those earning less than $100,000 and roughly half of those making six figures said they were worried about their family's economic security; roughly six in 10 Americans were anxious about how they would pay their health care costs.

The majority fell behind on their savings, given their stage of life, and almost three out of four were concerned that their money wouldn't last through retirement. Other recent studies have found similar concerns: New research from the Consumer Federation of America, for instance, found that only a third of Americans feel prepared for their long-term financial future.

Why does the outlook seem so scary? Some experts think the events of the past six years have shaken the belief in our ability to accumulate wealth over the long haul.

"When the housing market fell, that really scared people," says Michael Hurd, a senior researcher at Rand, who studied the effect of the recession on household finances. Hurd found that a decline in home values caused people to cut back on their spending more than a similar drop in the stock market.

In addition, the erosion of trust in our financial system will have a lasting effect, says Tyler Cowen, professor of economics at George Mason University.

"If you don't believe that your environment will persist, you're not willing to stake out plans," Cowen notes. "For example, you won't buy a home based on the premise that in five years you'll be earning more money. The volatility of the stock market and the government shutdown have only made it harder."

Speech pathologist Janel Butera, 47, is one who isn't counting on anything. A divorced mom of two sons, ages 12 and 13, from Corona, Calif., Butera has made reducing spending and boosting savings a priority over the past five years. Out went the gym membership and vacations; packed lunches and day trips to the beach are the new norm.

"The economy as a whole -- I don't put a lot of faith in it," she says. "I'm not counting on getting any retirement help, not even Social Security."

Butera is proud that she's managed to rebuild her finances after suffering the twin hits of divorce and the recession but is still anxious that she might one day become a burden to her boys. "I worry about them having to provide for me when I'm older," she says.

Her concern is shared by many: In the Money poll, one in five Americans with children said they would probably need their kids' financial support someday.

We're living close to the edge

One reason we're not feeling so hot: While our 401(k)s may be flush again, our emergency savings are not. Half of the respondents in the Money poll confessed to living paycheck to paycheck; roughly six in 10 felt they didn't have enough money set aside for emergencies and didn't think the family's breadwinner would find it easy to get another job if laid off.

And almost all people, it seemed, felt like they'd need a higher income than they now earn to really be financially secure -- even those who currently bring home a six-figure income. No wonder that anxiety about how we'd cope with a real financial emergency tied with concerns about outliving retirement savings as the most prevalent money worry.

In fact, money has gotten tighter for many lately. Household income, adjusted for inflation, has dipped 4.7% since the recession, economist Cowen points out.

One thing's for sure: All this stress isn't helping our love life. The Money poll found that finances are both the most frequent source of spats between couples and the cause of the most serious arguments -- far ahead of the second-place finisher, household chores, and snoring, which came in third.

Edward Martinez of Tyler, Texas, is one of the many who are worried about not having an adequate cushion. Though Martinez, 44, made $140,000 working for a military contractor in Iraq after the recession, he now earns less than six figures as a technical specialist with the Smith County appraisal district.

Right now the family has only about a month's worth of savings, which could easily be wiped out by a run-of-the-mill financial emergency, Martinez acknowledges. He's in the process of getting a pharmaceutical degree, which he hopes will boost his earning power a few years from now.

Like Martinez, many parents these days are helping grown kids, making it even harder to save. More than a third of the parents of children 22 and older in the Money survey are helping out at least one of their brood; of those, three in 10 are shelling out $5,000 or more a year. And that's not likely to change anytime soon: In the survey, parents providing such support believed their adult child wouldn't gain full independence until age 30; adult kids supported by a parent put that age at (gulp) 32.

The kids may be all right in the end after all

Such findings are in keeping with alarms many experts have sounded predicting that young adults would bear the most lasting scars from the Great Recession, just as the Depression had a lifelong impact on the way people who came of age at that time managed their money.

Certainly millennials have had a tough slog so far: The job market for this youngest generation of workers is grim (nearly half of those unemployed are under 34, a Demos study has found), and the average student-loan debt for recent college grads is $30,000.

Atlanta resident Courtney Clemons, 25, has a typical millennial story. The Georgia State University grad interned at a travel agency while in school and was hired there full-time after she got her degree. But her earnings, ranging from $25,000 to $35,000, depending on bonuses, aren't enough for her to get by on her own. So her parents provide about $500 a month to cover her car and health insurance, cellphone bill, and some spending money. Contributing to the problem: She has $90,000 in student loans.

"The jobs you get after graduation aren't conducive to living on your own," she says. Morley Winograd, co-author of Millennial Momentum: How a New Generation Is Remaking America, agrees. "Millennials are a very economically stressed generation, and that stress will last for their lifetime," he says.

Yet Money's survey, among others, shows a more mixed picture. Today's younger folks do seem at least as value-conscious as their elders, and maybe even more so: A greater percentage of millennials say they are eating at home these days than they were in 2011, for example, while the numbers had dropped slightly for the general population. And for now at least, younger investors also seem more nervous about the stock market, keeping a greater percentage of their portfolios in cash than older people do.

When it comes to other attitudes about spending and saving, however, millennials seem to be pretty much like everyone else. They are just as likely to covet new, innovative products. And they aren't cutting back on luxury spending or postponing vacations with any greater frequency than their elders either. Nor do they place more importance on saving; almost everyone, young and old, affluent or not, says that saving money is more important to them now than it was a few years ago. And for all the lamentation about how dim the prospects are for this generation, younger folks are surprisingly upbeat about their future: The vast majority (86%) expect to live as well as or better than their parents.

For now, though, while millennials may be having difficulty leaving the nest, no one seems particularly unhappy about it.

"Boomers created a helicopter parenting style and went out of their way to be friends with their kids," says Winograd. "Many are delighted to have their adult children home." The kids apparently don't mind either. A recent Pew study found that 78% of adults ages 25 to 34 who were staying with their parents said they were satisfied with their living arrangements.

Some experts believe this turn toward family may be one recession-induced change that truly lasts. Reality is causing more people to let go of the postwar expectation that living standards will naturally just keep getting better, says Stephanie Coontz, a professor of history and family studies at Evergreen State College in Olympia, Wash.

Many may end up caring less about keeping up with the Joneses and more about being with the people who matter the most to them as a result. And indeed, almost 80% of the respondents to the Money survey say spending time with family is more important than ever to them, an increase of 10 percentage points over the past five years.

Janel Butera is one of them. The speech pathologist and mom felt her financial situation was secure enough last year to cut back her workweek from five days to four, so she went for it. "Sure, I could use the money," she says, "but spending time with my kids is more important."