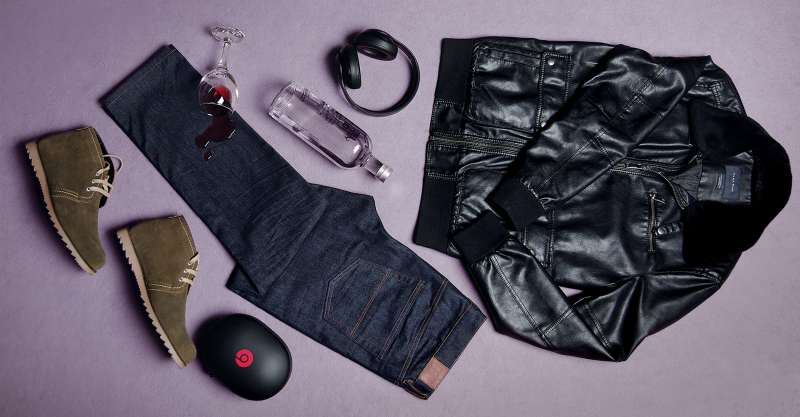 A pair of blue jeans that you never have to wash sounds like the stuff of science fiction—or just plain gross—but one startup hopes to make such a thing a reality, and a non-stinky one to.

Odo bills its product as the world’s first self-cleaning denim jeans that, as the company puts it rather unhumbly, “NEVER STINK OR STAIN” (caps theirs). According to videos posted on Odo’s Kickstarter page—which has blown past the company’s original goal of $10,000 nine times over with 31 days left to fundraise on the site—the jeans really do repel liquids, including such notorious stain culprits as red wine, ketchup and coffee. And there’s no way to show it on video but Odo also claims the jeans do not, even after being worn for a year or more, start to stink.

Inspiration for the jeans came from a statement made by Levi Strauss CEO Chip Bergh in a 2014 appearance at Fortune’s Brainstorm Green conference, in which Bergh implored customers to stop washing their jeans. “These jeans have yet to see a washing machine,” he said at the time of the pair he was wearing. “I have yet to get a skin disease.”

Bergh’s comments highlighted the fact that huge amounts of fresh water are used to both wash and produce jeans, which break down faster—and thus have to be repurchased more often—when they’re washed frequently. While Berg’s unwashed jeans don’t pose a health risk to him, if they were traditional jeans he was wearing they probably did stink. This is the key to Odo’s innovation.

We often assume the smell of smelly jeans comes from human sweat and what have you. However, as Odo’s founder Salman Chaudry told Tech in Asia, the smell of dirty jeans is in fact the smell of bacteria feeding off the sweat and whatever else has accumulated on the material over time.

Chaudry realized that if he could eliminate bacteria from jeans he could eliminate the smell, which he did by weaving between 10 and 15 grams of silver, which has antibacterial effects, into the denim. “We’re weaving silver right inside the fabric. It’s permanent,” Chaudry said. It’s not a layer or coating on top, it’s a part of the fabric itself. Even if you wash it a hundred times the silver won’t go away. It’ll last for the life of the garment.” While the silver fends off bacteria, the surface of the jeans is engineered with microscopic peaks to repel liquids, which prevents stains. They can thus be worn, Odo asserts, virtually indefinitely without a wash.