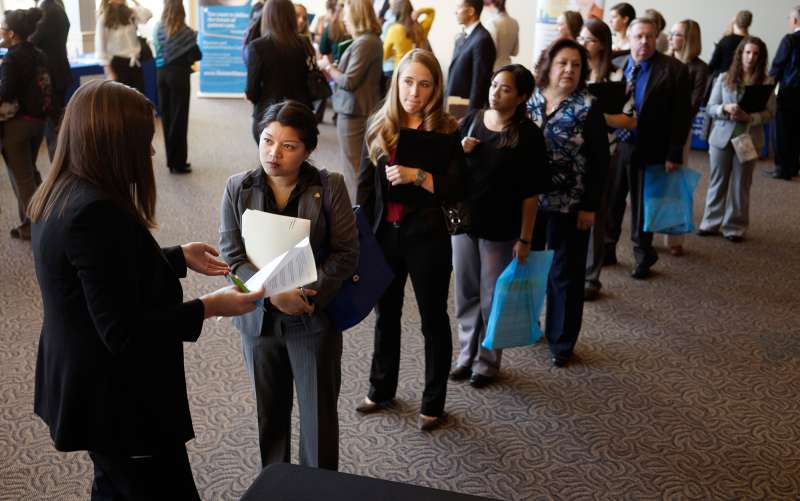 Recent global market shocks have put the Federal Reserve in a bind: Should the central bank try to calm nerves on Wall Street by postponing a long-awaited interest rate hike? Or should the Fed go ahead and lift rates, on the premise that this sends a signal that the economy is strong enough to withstand a small bump in rates?

Heading into August, investors had been fairly confident of a couple of things—that the economy was growing fast enough to produce 200,000 or more jobs a month, and that the Fed would start raising rates in September to reflect that strength.

But the sell-off on Wall Street, triggered by a slowdown in China’s growth, now has investors worried that the U.S. economy might catch China’s economic cold. Potentially making matters worse: What if the Fed starts tapping on the brakes just as the economy is set to slow on its own?

This is where Friday’s jobs data comes in.

Here are three possible scenarios for how Friday’s report may play out, and the impact on the markets:

Recent data has shown that while the U.S. economy is still growing, the rate of growth is far from robust, especially in the manufacturing sector. If the economy produced fewer than 200,000 new jobs in August, “the Fed may have a hard time justifying a September start to its long-anticipated rate-tightening program,” says Sam Stovall, U.S. equity strategist for S&P Capital IQ.

Initially, this could be received well on Wall Street.

Ed Yardeni, president and chief investment strategist for Yardeni Research, notes that he wouldn’t be surprised if the markets have a “melt-up,” or rally, if the Fed does nothing.

But such a rally will likely be short lived. That’s because investors will eventually start worrying about the health of the economy again. Plus the Fed would have to revisit its rate decision the following month. So the hand-wringing would start all over again.

On paper, a really strong jobs report should be a bullish indicator, since it would show that China’s slowdown has not affected the U.S. In reality, though, a strong jobs report could return focus on a potential September hike, notes John Stoltzfus, chief investment strategist for Oppenheimer.

Initially, that might trigger some selling on Wall Street. But many analysts think this could be good for the markets in the long run.

Liz Ann Sonders, chief investment strategist at Charles Schwab, argues that if the Fed lifts, or “normalizes” rates, that would send a signal to investors that the underlying economy is sufficiently strong to withstand global troubles. And in the long run, she says, that’s more bullish for Wall Street.

Normally, Wall Street loves a so-called Goldilocks report—one that shows the economy is neither too hot nor not too cold. But that might be the last thing the Fed wants here.

A jobs report that shows employment growing just as expected provides the Fed with no cover. Whatever decision the Fed makes at its September policy meeting will come under heavy scrutiny and criticism.

And in the meantime, it will create yet more uncertainty on Wall Street about what the Fed will do come Sept. 17.